What is A Queer Platonic Relationship?

by TC13 7 months ago in Relationships
Report Story

And why they're amazing 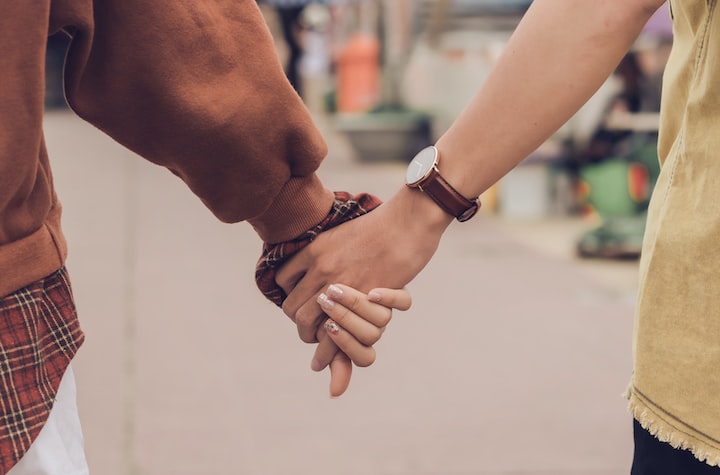 Photo by Tanny Do on Unsplash

As Valentine's Day rears its head, many people celebrate the bond they have with their primary life partner. Others celebrate their wholly platonic connections, both with friends and their own life partners. Today, this article is about the latter — what is a platonic life partnership, and why is a chose more and more young queer people are making?

A queer platonic relationship, or QPR for short, is a term that's been training trajectory in the past seven or so years. But what exactly does it mean, and how do you know if a QPR is right for you? Well, settle in and listen to someone who's in one, while you learn all about it.

A queerplatonic relationship can, from the outside, have all the makings of a typical romantic and sexual life partnership. Partners can get married, raise kids, own a house; bind their lives and finances together, travel together, or live separately but prioritize each other the way a married couple would in decision making. Think, for lack of a better example perhaps, John Watson and Sherlock Holmes' enduring, lifelong friendship (even if how 'friendly' it is has been long debated by diehard fans).

Now, not all QPRs involve marriage levels of commitment; some can be a periodic orbit, but regardless, it means choosing a person - or people - who are your safe place to land. It's a life partnership without the worry of falling out of love or maintaining the spark, because you were never in love or had a spark to begin with.

Originally popular in the aromantic (no romantic attraction) community, QPRs are also an increasingly important relationship model for asexual (no sexual attraction) people and other queer people anywhere along the spectrum. It is also gaining traction for cisgender and heterosexual, heteromantic people, particularly with women who are choosing their best friends over a future boyfriend.

In many ways, a QPR is more stable than most traditional romantic and/or sexual based relationships. Most people who find themselves in QPRs stumbled into it after long years of friendship where they choose to pick this person as their person due to a combination of compatible life goals and personalities. The flexibility of a QPR also means that it can be more suitable to various life styles (say one with long stretches of solo travel) without falling prey to the insecurities that destroy so many sexual-romantic relationships.

That flexibility, as well, can include sex. As stated above, a QPR can look like a traditional relationship from the outside, with the only real difference being intention. If that's hard to wrap your brain around — maybe you can understand loveless sex, but isn't kissing and marriage inherently romantic? — think of how you may hold your friend's hand on the street, or go out to dinner with your best bud. To you, those actions aren't inherently romantic, and some people just have a broader scope of what platonic means to them.

Moreover, a strong platonic foundation has been found to be the most important thing in a long-lasting romantic relationship. The best married couples are the ones where they're friends first and foremost. That can be made even easier when you don't feel the need for that partner to be also your romantic or sexual partner — or when it isn't your primary focus in starting a relationship, if you have desire for either of those things at all. Like I said before, QPRs are particularly common in aspec (aromantic and/or asexual spectrum) communities. That's where I myself and my partner fall, existing in a loving and steady relationship that's 70% QPR, 30% romance. The freedom to build your own relationship model is a terrifying but liberating gift that cannot be understated.

Is A QPR Right For You?

If you're sitting here wondering if a queerplatonic relationship may be right for you, here are some questions to consider:

Do you have a person in mind you'd like to share a platonic life partnership with already?

If you're leaning in that direction, it may be worth bringing up to your loved one. Even if you don't think they would be open to something like that — perhaps they've always been romance minded — you won't know for sure. It's also possible to build relationships of having a secondary platonic life partner, someone you touch base with and value greatly, even if they're not your (or one of your) primary partner(s).

Remember, just because this person may not want to be your Person doesn't mean you won't feel this way again about someone else where your relationship goals may align in the future.

Would you feel like you were missing out if you never fell "in love"?

This answer would be different for everybody. I know for me, as much as I loved romance and could be a romantic at heart, what I longed for most of all was a companion. I wasn't interested in the flirting or talking stage, much less all the games people seemed to play that just seemed like a big waste of time. I wouldn't have minded knowing what it was like to be in love, but it didn't seem that different from just loving someone to me. I knew I could be happy with a purely platonic partner.

Have you long been exasperated or puzzled by typical romantic and sexual relationships, feeling like so much of them just seem like too much effort?

There are all sorts of ways to love and all sorts of ways to have relationships. While QPRs are popular in the aro-ace communities, not all aromantic or asexual want to have a life partner of any kind. The same goes for people of any sexual or romantic orientation, even straight. However, I think the option of a queerplatonic relationship is a beautiful and important one, and hopefully this article has helped to show you why.

Aspiring author and mythology enthusiast with a deep love for fantasy. Writes from a queer nb (they/them) perspective.

More stories from TC13 and writers in Pride and other communities.