Why 'No Discrimination' is a poor substitute for OneLove 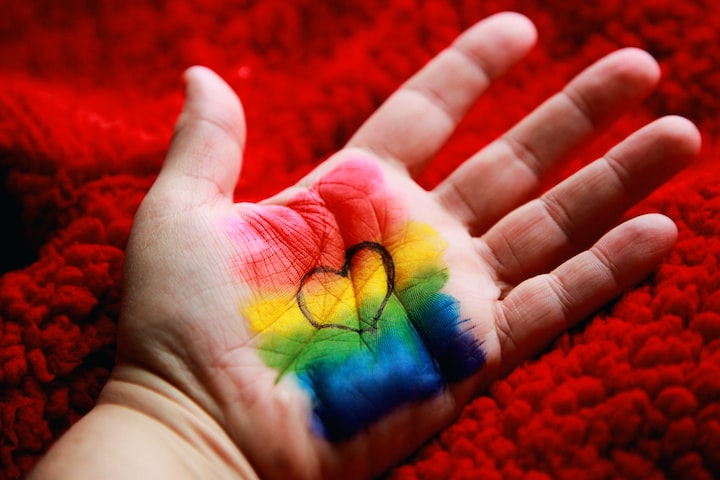 Photo by Alexander Grey on Unsplash

'No Discrimination' is a poor substitute for OneLove, if the goal (no pun intended) is to provide advocacy for LGBTQ+ rights.

Let’s get this out of the way to start with: I don’t much care about football. It just doesn’t really appeal to me. But given the scale of its cultural and social impact, I can’t help but pay attention. 1.1 billion people tuned into the 2018 World Cup in Russia, so the potential reach (and, therefore, political influence) of the 2022 Qatar World Cup cannot be overstated.

With that in mind, I feel very strongly that the decision by FIFA and the host country to ban teams from showing solidarity with the LGBTQ+ community in the form of OneLove armbands is an utter disgrace.

“But Origami”, I hear you cry, “they’re allowed to wear a ‘No Discrimination’ armband instead, isn’t that just as good?

No. It isn’t. It’s an insidious, empty gesture designed to provide homophobic and/or sycophantic voices with ammunition against critics of FIFA and the Qatari government.

In 2013, following centuries of oppression, the Black Lives Matter movement began with the mission of shining a light on the racism, discrimination, and inequalities faced by black people, both in the United States and worldwide.

In 2014, after a year of #BlackLivesMatter trending intermittently on Twitter and being named ‘Word of the Year’ by the American Dialect Society, a counter-movement began: ‘All Lives Matter’.

It’s a criticism which seems reasonable on the surface, but which crumbles under scrutiny.

Consider a relationship, in which one party has been treated poorly by the other. They might reasonably ask their partner, “do you even love me?”. If the partner’s response is “Yes. I love you. You are important to me, and I’m sorry for treating you poorly”, that is likely to be well-received. If the response is “Sure, I love everyone”, not so much. It isn’t that it’s a bad philosophy, just that it’s not the right response within that context. It’s a watered-down version of what the partner should have said, which enables them to gaslight the other if challenged by saying something like “is it not okay to love everyone?”.

Loving everyone is good. Great, even. Valuing all lives is good. Not discriminating is good. But that isn’t the point.

American police aren’t killing civilians indiscriminately. Mass shooters aren’t targeting nightclubs indiscriminately. Socio-political movements around these issues should not have to be indiscriminate, because the people who are suffering are not evenly spread across the population. They are specific, marginalised groups.

As a result, lending legitimacy to watered-down movements which shift the focus away from those marginalised groups, for example by outlawing ‘One Love’ armbands in favour of ‘No Discrimination’ ones at the World Cup (which, again, will likely be seen by over a billion people), is extremely harmful to said groups. If FIFA can’t see that, then they desperately need to educate themselves. If they can, then they need to grow a fucking spine and do the right thing.

Thanks for reading. If, like me, you’re incredibly angry about FIFA’s decision to ban teams from showing their support for the LGBTQ+ community at the World Cup and want to do something to help, here are some options:

If you have any comments or feedback, I’d love to hear from you.

Update: This is getting some attention now, which I'm really happy about. However, I'm uncomfortable with the idea of making money from this, so I'll be following my own guidance above and donating any revenue above £1 I make on this story to the LGBT Foundation.

More stories from Origami and writers in Pride and other communities.