How I learned to process my sexual assault. 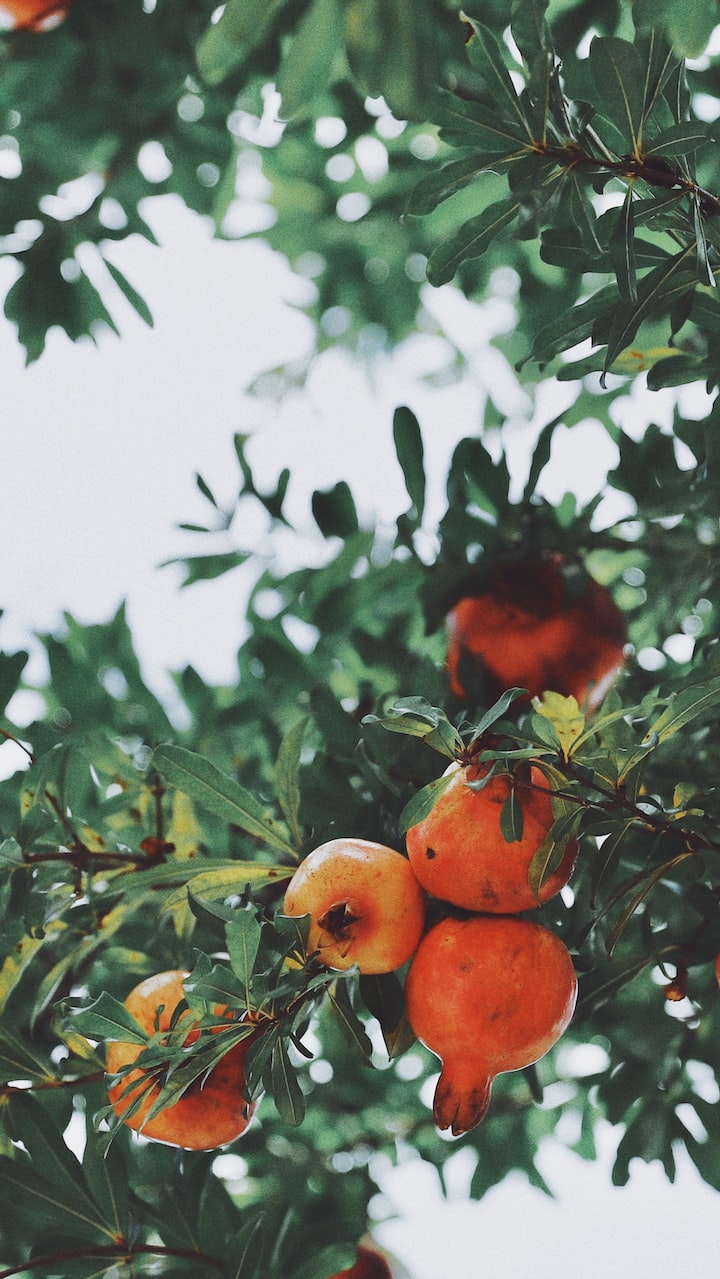 Photo by Raychan on Unsplash

*This piece contains descriptions of sexual assault, and may be disturbing for some readers.

Before she assaulted me, Lydia seemed like exactly the kind of person I would want to date. She was older than me, with dark eyeliner and carefully curled brown hair. She liked poetry by Emily Dickenson and hikes by the ocean. We met in the usual way: a mutual friend had ushered me casually into her dorm room before we all were set to go out to a bar for the evening.

After a quick introduction, the two of them got ready, smearing lipstick across their mouths and reapplying mascara. Meanwhile, I regarded the poster hung haphazardly above this strange new girl's bed, a black and white shot of two women intertwined, lips pressed together passionately. A strange thrill ran through me at the sight of such overt queerness on display for anyone to see. I was freshly out of the closet, and still felt raw and sensitive to anything even vaguely Sapphic.

Lydia caught me absorbed by the photograph and flashed a quick, irreverent smile in my direction.

"See something you like?" she lifted one eyebrow effortlessly as she spoke, mocking me.

I mumbled some sort of incoherent, nervous answer, but she had already turned back to our other friend, caught on a new topic of conversation.

Once we arrived at the bar, I lagged behind the others a bit, letting myself marinate in the hazy, flashing lights of the room, the heat of so many bodies crammed together under the pulsing melody.

To my surprise, a hand darted into mine, and as I turned to look at the person it belonged to, a ripple of excitement flashed through me. It was Lydia, and her eyes were boring into mine with an addictive intensity.

"You're not twenty-one yet, right? I snuck one of these for you." She licked her lips, pushing a glass of dark beer into my unoccupied hand.

"Thanks," I hummed back taking a quick, awkward sip, and blushing ridiculously as she moved closer to whisper in my ear.

"We got a table in the corner, and I think you should sit next to me." My breath caught in my throat and I simply nodded. It seemed like far too much to hope for that this could lead anywhere. I'd never even had a girlfriend, let alone kissed a girl before.

After the bar closed, the three of us wandered back to my place. Lydia's hand was never far from my waist, even if her eyes were directed at our friend. I shivered under her touch, liking the attention. I was drunk by then, my head spinning slightly. One drink had become a couple, and Lydia wasn't much better. She slammed shot after shot down, shooting me a wicked grin after each drink.

At some point around three in the morning, our friend stood up and announced she was going home.

"Are you gonna walk Lydia back with you? Should I call you guys a cab?" I remember asking, but Lydia shook her head emphatically.

"I'm staying with the blondie," she slurred, looking at me as our friend walked out of the door. For the first time, I was left alone with a girl I had only known for one night. I reddened once more as her eyes ran over me. I liked her, but I wasn't ready to do anything with her. Plus, both of us were drunk.

"You can take my bed," I offered, but she grimaced, sliding to the floor.

"I'll sleep here," she explained and to my surprise, drifted off on the spot as though the linoleum were a mattress. I slipped a pillow gently under her head, and tucked her under a blanket, before absconding for my own bed and falling into a heavy, drunken stupor.

The next morning, I woke up next to an unfamiliar face, and for a moment I had difficulty placing it. After a second, I realized that Lydia must have crawled into bed with me in the minutes before I awoke.

"I think I'm still drunk," I slurred, as her hands began drifting beneath the sheets, "Maybe we hold off." The tightness in my body was instinctual. I had no desire for her to touch me like this. I turned my back on her so that I was facing the wall. I waited for her to back off, to stop touching me, but she didn't. In a matter of moments, her hands were back to work, and my stomach was in knots.

I pushed her hands off me, gingerly; my breath stuck in my throat, and told her "No," this time out loud. But it was as though she could not hear me, or sense my unwillingness. A few hours later, when I finally managed to get her out of my bed, and out of my house, I put on the loudest heavy metal spotify playlist I could find and started power cleaning my apartment, attempting to erase any and every sign that anyone else had been there. I wanted to die, but more than that I wanted to never have existed, to never have inhabited a body, especially if that body could be so easily violated.

I ate lunch, a basic turkey and tomato sandwich, and promptly threw it up in the shower. As the water collected around my face, mixing with my tears and the remnants of my last meal, a flurry of thoughts asserted themselves in my frantic mind.

I had been assaulted again. I had allowed myself to be compromised, violated, again. And this time, it wasn't by some random guy. I was powerless, even against those I liked. Because that was the worst part of all, wasn't it-- that I had actually liked this girl. I had thought about dating her. So didn't that make what she'd done to me all my fault?

It would take me years to figure out how to sit with the pain of that encounter. Years to process what had happened to me in a way that wasn't retraumatizing. To learn how to talk to people about my experience with assault without letting them rewrite the events in my head. And it wasn't the last time that someone I cared about would end up taking advantage of me.

Even though trauma is something that we continue to work through everyday of my life, there have been a few lessons that have proven instrumental to my healing, and I want to share those with anyone who might also be going through something similar.

My therapist once explained to me, during one of those harder periods, that frequently, victims of assault, especially when compounded by previous existing traumas, relayed that healing, "often became far worse, before it became better."

In the United States under capitalism, a certain emphasis is placed on linear progression, where an event is followed by a timely amount of processing and grief, and then forgotten about in favor of getting on with the rest of one's life. Although this model might work for a select lucky few, it is hardly representative of how most folks handle traumatic occurrences, especially repeated ones.

2. Lesbian partner violence is not a rare phenomenon.

Sexual violence is not isolated to the heterosexual community, and neither is domestic abuse. Like most things in a hetero-centric, patriarchal system, the dialogue surrounding sexual assault has long been limited to heterosexual dynamics. This does not mean that queer folks are immune to intimate partner violence.

In fact, according to the Human Rights Campaign, by way of the CDC, “44% of lesbians and 61% of bisexual women experience rape, physical violence, or stalking by an intimate partner, compared to 35% of straight women.” Those most likely to face violence include bisexual and transgender women of color.

These statistics are not to make assault feel inevitable, but rather to let survivors know that they are not alone.

3. Traumas are not comparable, in much the same way that not everyone’s story is going to be the same.

More times than I would care to admit, I have found myself questioning whether words like “rape” and “assault” are words I can claim or use. In my case, I felt that because I had experienced an initial attraction to my assaulter, that I had somehow encouraged what transpired between us. But consent can be withdrawn at any point—and just because you like spending time with someone, or are even in a relationship with them, does not automatically mean they have a right to your body.

My mind did all that it could to convince me that my fear and devastation was out of proportion. I told myself that we were friends, so she cared about me. I thought that since both of us were femme presenting, that perhaps the violence I experienced with her was diminished, or not as serious. That because she was kind to me at other times, that I must have misunderstood the whole encounter—anything to rewrite the horror that had taken over my body.

In the end, I had to acknowledge that someone I liked and to some extent, trusted had violated my boundaries, and that any subsequent anxiety or panic I felt was justified.

4. You are allowed to draw tough boundaries to keep yourself safe.

Even though it was difficult, I ended up cutting out a handful of mutual friends who did not seem to care that Lydia had taken advantage of me. Although forging a life for myself in their absence was melancholy, in the long run it was also integral to my own sanity.

Being around other people who don’t honor your reality following a sexual assault is not something you are required to do.

Ideally, at some point, when you’re ready, you can choose to share your story with people you trust—just as I’m sharing mine with you.