Fight for Gender Equality and Equity

by Iris Harris 2 months ago in Advocacy
Report Story 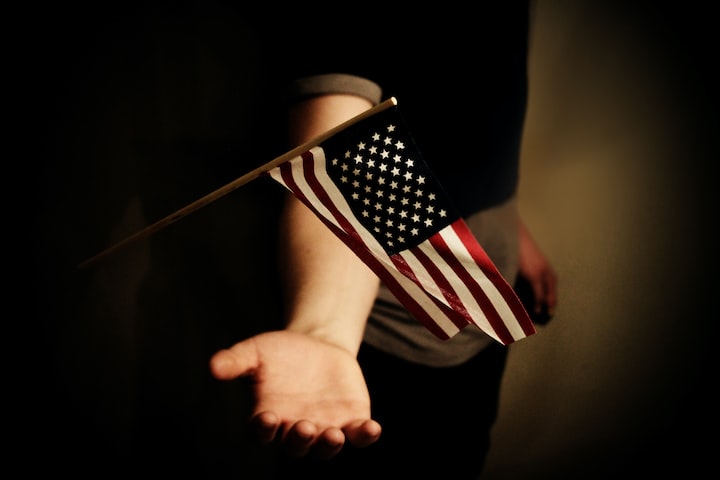 Photo by Samuel Schneider on Unsplash

In America, almost everyone is aware of the 1950-60s Civil Rights movement. An historical event that opened the eyes of many Americans to racial injustice and the fight for equal rights for all Americans regardless of race. Most people are aware of Dr. Martin Luther King’s “I Have a Dream” speech as well, highlighting the importance of racial desegregation and judging others on characteristics and not skin color. While the movement did force congress to implement the Civil Rights Act of 1964, banning racial discriminatory practices in America, that was just the beginning. Today, racism still exists, but it’s not as strong as it was 60 years ago. For the most part, many people look down on racism and the whole world witnessed the power of racial injustice with the video evidence of George Floyd‘s murder in 2020. The fight against racial injustice continues to be the forefront of every civil rights battle, but we have entered a new era for the Civil Rights Movement.

According to the Constitution of America: every citizen is supposed to have the right to life, liberty, and the pursuit of happiness, which is different for each person. In modern times, the pursuit of happiness could mean: living your life as you feel best without causing harm to others, which includes allowing citizens the right to freedom of gender expression. Presently, when a person assigned female at birth (AFAB) wants to present herself masculine, most people have accepted her right to do so. She most likely will not be questioned for her gender expression, nor will she be mocked for it. However, if the person were assigned male at birth (AMAB) and wanted to present feminine, the narrative becomes different. He will be mocked because a man dressing feminine is still considered a joke in the comedic world. The queer community may be the only place he would be free to express his gender without any mockery or opposition. Bottomline: he is denied his right to the pursuit of happiness which is supposed to be protected under the constitution.

The most prominent modern problem is the historical rise of anti-trans bills in America, focusing on women sports and banning trans-women/girls from participating in sports. The bills generally state due to the physical advantages that puberty gives trans-women and girls, they are not allowed to participate in any women’s (or girls’) sports. To add oil to the fire, the bills may also prohibit gender affirming treatment for any trans-girl who is seeking help with their transition (often in the form or puberty blockers, which would restrict the effects of testosterone on any trans-girl). Some bills may extend to the parents who support their child’s gender affirmation by considering the parents as child abusers under state law. Similar to abortion bills for many cis-women, trans-women’s rights are being restricted.

With the rapid political rise of these anti-trans bills comes the trans-ban. FINA (an international swimming organization) has officially stated that transgender women who have undergone male puberty will be prohibited from competing in women’s water sports, contradicting what most medical experts on transgender care have confirmed: there is no advantage to trans-women who are on gender affirming treatments. The decision from FINA is not based on the science for gender affirming health care and ignores trans-women who may have gone as far as completing gender affirming surgery. Simply put, a trans-woman who has complete surgery has NO TESTOSTERONE and therefore is at a disadvantage of her cis-counterpart who naturally creates testosterone. Where’s the threat to women’s elite competitive sports here?

Politicalizing trans-women and girls’ rights to sports will have a unwanted affect on women’s sport in general. It creates an ideology of what constitutes as women’s attributes in the world of sports. If these bans continue, then cis-women could be scrutinized under the same bans for not meeting what policies believe a woman should appear as. If you’re a tall woman, you may be scrutinized and misinterpreted as a trans-woman. If any part of a cis-woman looks masculine, then they risk being mistreated as their trans-counterparts will. This could be the ripple effect of these political bans most people are unaware of. At one point the Ohio state legislature created a bill to allow coaches and sports advisors to inspect the genitals of girls who were suspected of being transgender. Think about the ramifications of that bill. Keep in mind, schools are not inundated with transgender students, considering that schools may have about 2% of the student body who consider themselves transgender (and of that 2%, not all of them are playing sports, nor are they all trans-girls).

We have entered a new era of the civil rights movement where we must fight for racial and gender equity (including support for gender expression) because these rights are in jeopardy. Policies need to be made according to facts based on the most recent research and not what theocratic beliefs exist. For example, the implementation of seatbelt laws was based on automotive research supporting how seatbelts save lives in the event of an accident. Anti-trans bills are completely opposite because research has not been conducted, nor has the research that does exist been considered. These bills are created following trans-exclusive rhetoric which are inaccurate myths created to instill fear about trans-women and girls. To be an ally means voicing the truth and working to stop these bills from being implemented; informing people that trans-women are women and supporting their participation in women’s sports. Do your research and learn the truth behind gender affirming treatments: the cost and the consequences for those who start it or are currently on it. Welcome to the new era of civil rights; fight for the right of all people (including trans-people) to enjoy the pursuit of happiness.

FINA’s Trans-ban and the backlash according to Newsweek:

Ohio’s Anti-Trans sports bill before it was rewritten:

More stories from Iris Harris and writers in Pride and other communities.