by Josh Lowe 2 months ago in Relationships

It can be tough to focus on the positives sometimes, but there are always advantages if you're willing to look for them 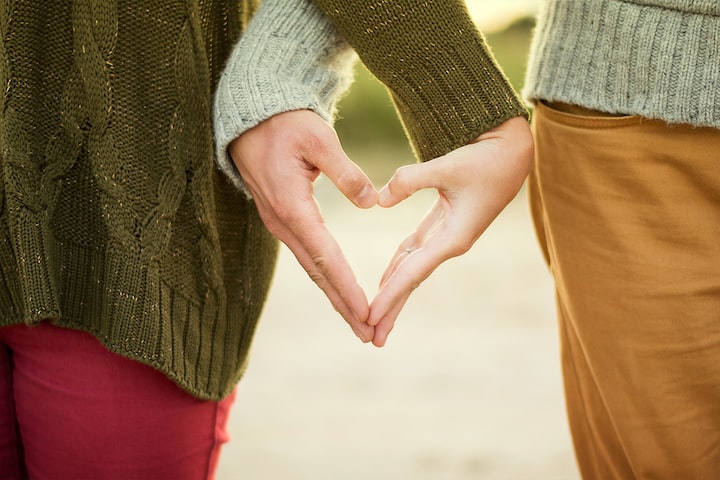 Photo by Kristina Litvjak on Unsplash

It's easy to focus on the negatives when it comes to same-sex relationships. Whether it's the discrimination, lack of equality or the fact that you can be straight up executed in certain countries, the list of cons always seems to be greater than the pros. In fact, some may struggle to find any pros at all. But alas, no more! For below you'll find five unexpected advantages of same-sex relationships to help get your mind off the fact that homophobia sucks.

#1 You can wear each other's clothes

Let's start off small. I'm not saying this is exclusive to same-sex relationships. Of course, heterosexual relationships can involve a certain degree of clothe-swapping as well, but chances are, you'll have far fewer options to select from.

On top of that, men and women (and, ok, people in general) tend to have quite different body shapes, and so it's less likely you'll fit into your partner's clothes if you're not the same sex. Plus, as a man, I personally don't think yoga pants and a crop top would suit me, but if that's your vibe then go for it. Either way, I can almost guarantee you'll be swapping clothes much more frequently if you're in a same sex relationship. And this has been extremely convenient in my experience.

#2 There are no gender roles

Some people like gender roles because it helps them feel like they have a purpose, a drive, and a place. For me, I feel like they're a bit outdated. We no longer live in a world where men are the primary bread-winners and women are required to stay at home to raise a family. But even today, many people are often confined to the boundaries of gender roles in their relationships.

Whether it's the preconceived notion that men should always pay for dinner, the idea that women should cook most of the household meals and leave their careers behind to raise children, or even the rather strange and abstract concept that bathroom products like toothpaste can be gender targeted (don't we all have teeth?), gender roles are still enforced in modern life.

But of course, and you probably saw this coming, this isn't so much of an issue in same sex relationships. I admit, it is a bit of a dilemma on the first date when you both try to figure out how to pay the bill, but after you get past that, finding equality in the relationship becomes easy. Everything is split 50/50 and it's pretty easy to see navigate through an equally shared relationship in almost all aspects. Nothing is expected of one partner that isn't expected of the other (not that this shouldn't be the case for all relationships but unfortunately that's not always the case).

#3 You can't get pregnant (accidentally)

Perhaps this isn't a positive in every instance, but you can at least rest easy knowing that you won't be experiencing any unexpected pregnancies. There are so many stories of young couples, some with positive outcomes and others not so much, where an unexpected pregnancy has caused absolute catastrophe in the relationship. Thanks to the extensive work and money that same sex couples have to put into becoming parents, there's just no way that this could ever happen accidently (yes, ok, this is kind of a disadvantage in a way but we're not talking about that here).

Of course, not being able to fall pregnant unexpectedly doesn't mean you can't have children at all. There's always adoption or surrogacy (depending on the laws where you live), but these are very intentional processes that you can't accidentally fall into.

This one is probably one of my favourites. That's right, same sex couples have been shown to have a higher annual income compared to equivalent opposite sex couples. According to the American Community Survey (ACS):

Ok so that extra $10k may not actually make up for all the hardships you face as a same sex couple, but hey, it's certainly a small win in my books. The question I have is - why? Why are same sex couples earning a higher average income (in America at least)? Has discrimination finally been bested? Or do non hetero people typically gravitate towards higher earning careers to make up for the fact that they lived their childhoods closeted and belittled? (I'm not triggered, you are). These are unfortunately questions I don't have answers for, but only future data will unmask this mystery.

#5 You kind of just get each other

This one probably sounds a bit obscure, but hear me out. Obviously this can happen in any relationship (hopefully), but there's a certain level of understanding that men and women have with the same sex. I won't delve into the details, but there's certain things you can only understand if you've lived your life as male or female. As a male, I have never experienced a period, period cramps or any menstrual complication first hand. Sure, I have met plenty of women who have, but I've never experienced this myself so I don't think I'll ever fully get it. If you're in a same sex relationship however, this isn't really an issue - either you're both female and understand, or you're both male and it doesn't mater anyway. Of course, this concept can apply to many other factors beyond this specific example but you get the idea.