by Ed Green 3 years ago in health / strains / marijuana minute

Join us in understanding cannabinoids, their effects, and their role in cannabis. 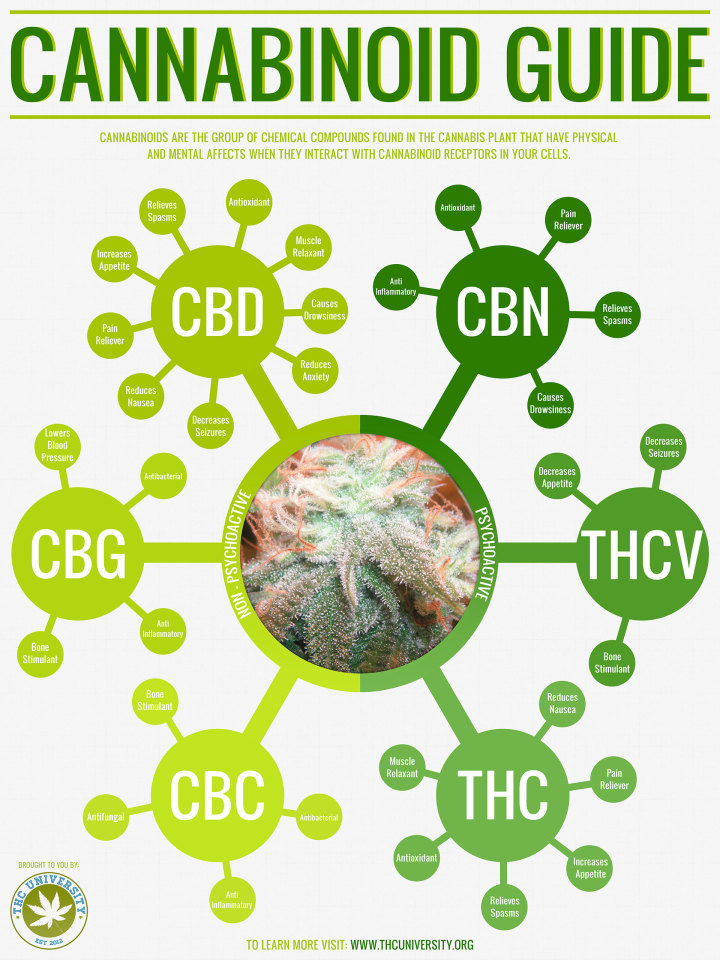 Cannabinoids are compounds that produce the effects experienced from ingesting cannabis.

There are four types of cannabinoids recognized by the National Institutes of Health:

What Do Cannabinoids Do?

Cannabinoids are neuromodulators, which means they affect the processes of multiple neurons, rather than simply sending messages back and forth between two (like neurotransmitters). In fact, since they are created in the "receiving" cell and sent to the "sending" cell, they actually affect how many neurotransmitters get released (back to the "receiving" cell). What happens next depends on the cannabinoid and its receptor's location.

The endocannabinoid system affects various processes including memory and sensory information processing, pain-sensation, reproductive functions, mood, appetite, immune responses, and involuntary movements (i.e. seizures). While cannabinoid receptors can be found within multiple systems in the body, the CB1 receptor is most plentiful in the brain while CB2 is predominantly located in the immune system.

The activation of CB1 receptors can affect the release of important chemicals like dopamine and serotonin. CB1 cannabinoids can impact the body’s limbic system (reward center) and other parts of the brain (memory, senses). It is also the site for THC activation and impacts the Central Nervous System, which means the CB1 receptor is the psychoactive cannabinoid receptor in the human body.

By contrast, cannabinoids that interact with CB2 receptors do not have psychoactive effects, since they are typically working in peripheral body organs and tissues. Because of their prevalence in the immune and reproductive systems, these receptors have a tremendous capacity to influence the fundamental functions of the body. 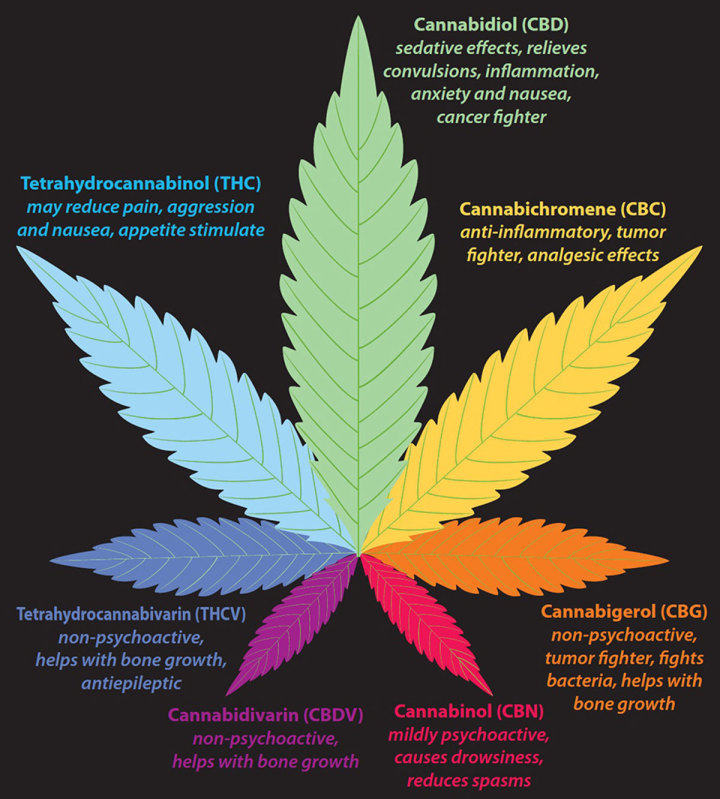 What Are the Effects of Cannabinoids?

Understanding cannabinoids starts with the two of the most recognizable cannabinoids: THC and CBD (Cannabidiol). Even though THC is the cause of the behavioral effects of Cannabis, it is still an impactful compound used to treat nausea and vomiting, disease-induced anorexia, and pain. CBD (a.k.a hemp oil) is an especially interesting cannabinoid to researchers because it can reduce the psychoactive effects of THC. Since most of the side effects of Cannabis use are a result of THC, CBD's ability to lessen those symptoms provides a greater opportunity for medicinal approval of cannabinoids.

Another non-psychoactive cannabinoid is CBG, which has been studied for its potential to treat depression, anxiety, and even cancer. Two psychoactive cannabinoids, CBN and CBDL, have promising antibiotic properties and are effective sedatives. There could be more than 100 cannabinoids in a cannabis plant, but only a handful have been identified and those aren’t even understood very well.

Certain cannabinoids bind with certain receptors, and even though we haven't figured out all of them, we can hypothesize quite a bit based on the locations of the cannabinoid receptors. CB1 and CB2 receptors help to process analgesic cannabinoids, even though CB2 activators may be able to accomplish this task without the side effects from CB1 cannabinoids. The activation of CB1 and CB2 receptors has also shown promise in helping to regulate the peptide buildup that contributes to Alzheimer’s and can also produce neuroprotective properties.

There are several countries with legislatures that allow for cannabinoid use for medicinal purposes based on clinical studies conducted within their country and others. Even with the availability of cannabinoids for medicinal purposes (like THC in the U.S. for nausea), there is still very little acknowledgment of the effects. Germany, on the other hand, boldly stated, “There is now clear evidence that cannabinoids are useful for the treatment of various medical conditions” (Grotenhermen and Müller-Vahl). 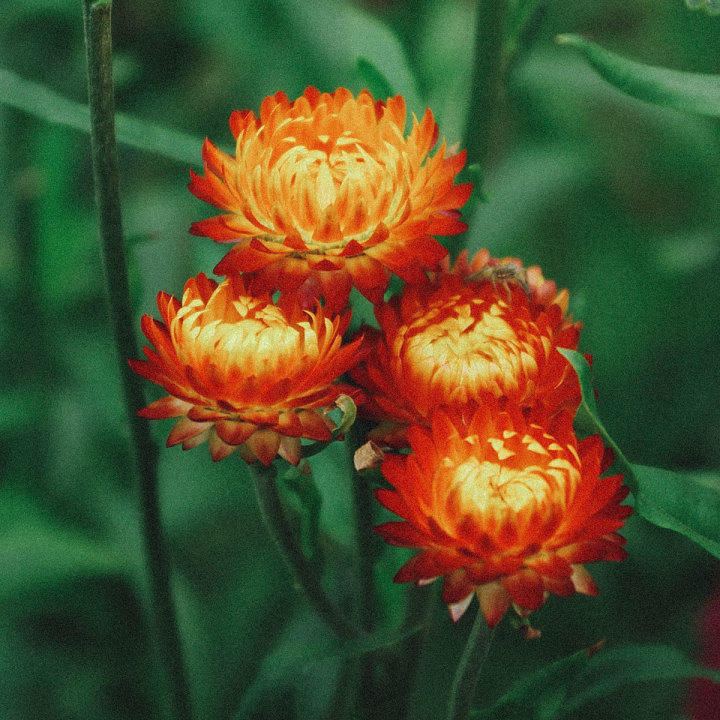 Where Can You Find Cannabinoids?

We know cannabinoids can be located in the human body and cannabis, but they are also prevalent in other plants, like chocolate, black pepper (CB2 activator), liverwort, and helichrysum (CBG).

Understanding cannabinoids was either much simpler or deemed unnecessary before the 20th century. Cannabinoids appeared in Asian medicine for thousands of years and were used at the end of the 19th century in Europe. Because scientists were unable to understand the chemical structure of Cannabis, medical research fell to the wayside for decades. When THC was identified and mapped in the mid-'60s, medical research resumed, and the discovery of the endocannabinoid system provoked a new understanding of cannabinoids and Cannabis.

Since its approval by the FDA in the late ‘80s and early ‘90s, Dronabinol (THC) has been used for medicinal purposes in America to treat nausea and vomiting. In 2008, Germany released a statement suggesting the use of cannabinoids for patients who have been unsuccessful with conventional treatments (for issues like pain and nausea). Though the DEA still considers marijuana to be a Schedule I drug, their relevant cooperative organizations tend to lean toward the idea that there are medicinal benefits to be gained from cannabinoids. A particularly concerning issue with the progression of medical marijuana research was the inability to grow research-grade marijuana anywhere in the US besides the University of Mississippi (since 1968). This finally changed in August 2016, when the National Institute on Drug Abuse relaxed a little and opened applications up to other research facilities in the U.S. Even though it takes the approval of the NIDA, FDA, and DEA to grow and conduct clinical trials for Cannabis research, at least more than one facility has the option. 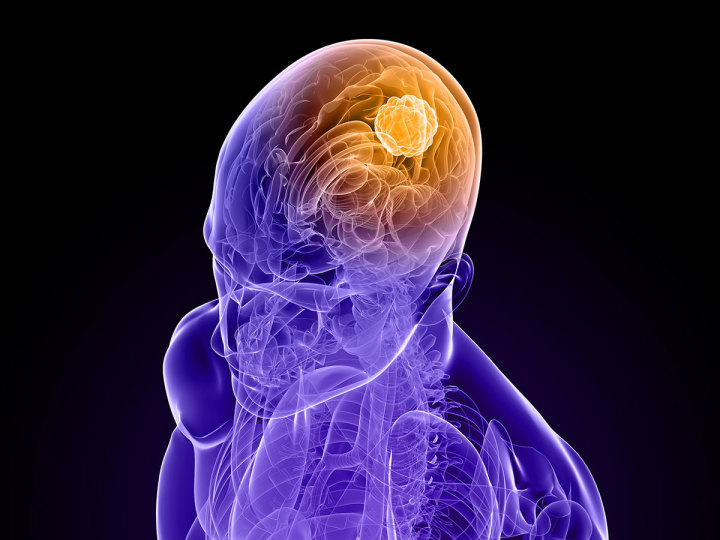 Where Is Cannabinoid Research Headed?

Understanding cannabinoids also requires a little scientific and political context. In 2015, the National Institutes of Health supported nearly 300 projects (and more than $100 million) in cannabinoid research. Compare that to 2013 when they supported 0 projects (and exactly $0) in cannabinoid research, and things are really looking up. The NIH reported that most of the funded studies are focused on examining individual cannabinoids. They also acknowledge that "research suggests that THC and other cannabinoids may have potential in the treatment of pain, nausea, epilepsy, obesity, wasting disease, addiction, autoimmune disorders, and other conditions," (“Marijuana and Cannabinoid Research at NIDA”).

In March 2016, the National Institutes of Health held the Marijuana and Cannabinoids Neuroscience Research Summit where everyone got together to talk about weed. Nearly every topic ended with the speaker summarizing what we know and proposing what we need to learn. A lot of reports on cannabinoids include anecdotal evidence or studies that weren't large enough or didn't have the required "rigorous" discipline. Even though there is strong evidence of the effects listed in this article, some of our smartest people suggest that we conduct clinical studies on human subjects to definitively answer many of these questions.

Some queries are getting more attention than others. One particularly provocative hypothesis is the beneficial uses of cannabis with opioid dependence. Research in states with medical marijuana legislature have experienced lower medical costs in relation to opioid abuse, and patients use lower doses and lesser quantities than those without access to medical marijuana. The requests to study anti-seizure capabilities in cannabinoids have been headline news for the past few years based on first-hand accounts from children who have experienced great relief from medicinal use of cannabinoids. Yet another popular topic of discussion surrounds the potential benefits of cannabinoids on stress, anxiety, fear, and PTSD. More than thirty specific topics of cannabinoid research were proposed during the Summit in March, and the first U.S. study on the treatment of PTSD with cannabinoids was approved by the DEA in April.

There are a lot of things that don’t add up when it comes to the understanding of cannabinoids in relation to research funding and legalization. Conspiracies aside, there was obviously some sort of falling out between marijuana and the U.S. in the sixties, and it’s taken us this long to get them both to show up for Thanksgiving again. Perhaps understanding cannabinoids is a bit like understanding the U.S. government’s relationship with marijuana: it’s complicated.

See all posts by Ed Green →