The 2020 Election and the War on Drugs

by Michala 2 years ago in politics
Report Story

The votes were almost unanimous in both Republican and Democratic parties. 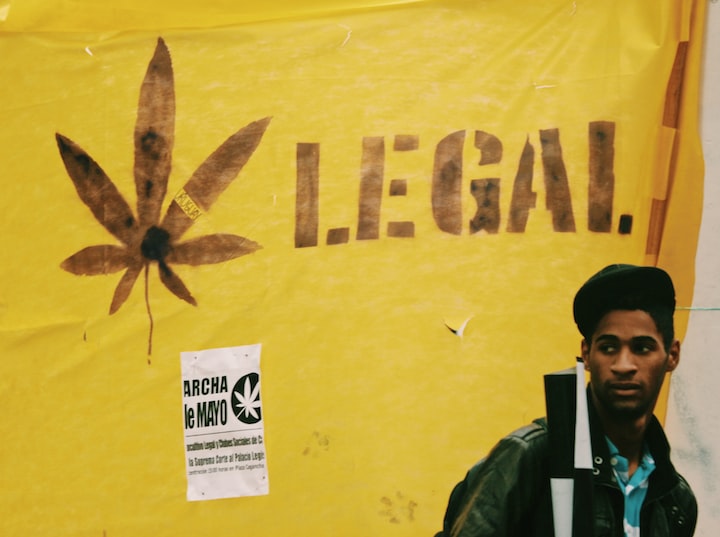 “In every state where marijuana legalization or another drug policy reform was on the ballot, it won,” said German Lopez reporting for Vox.

In November 2020, Arizona, Montana, New Jersey, and South Dakota voters legalized the recreational use of marijuana. South Dakota (medical marijuana) and Mississipi legalized the medical use of marijuana as well. After the results from the 2020 election, there are now 15 states (and D.C.) in the United States where marijuana is fully legalized for both medicinal and recreational uses. It can be purchased by adults 21 years or older, and the tax revenue is collected from marijuana sales.

Other than the legalization of marijuana, there has been more voter results on other drugs. Oregon has decriminalized all drugs, including heroin, cocaine, and meth, and is the first state to do it. On top of that, the drug found in "magic mushrooms" called psilocybin has also been legalized for therapeutic uses in supervised settings only.

The decriminalization of all drugs in Oregon may sound backward to some, but this is actually a huge step towards ending the war on drugs. Now if you are caught in possession with drugs like heroin, cocaine, or meth, or any other drug, the charges won't look as much as jail time but more as a traffic ticket. This is important as this law recognizes one of the most underlying drives to being in possession of drugs: addiction.

On top of new legalizations in Oregon, Washington, D.C. has decriminalized psychedelic plants.

Impacts of Legalization on Communities

Hopefully, the other 15 states will see as many positive economical impacts as Colorado.

The War on Drugs

Drug addiction has been an issue in the United States since the Nixon administration started the war on drugs in 1968. The terms “war on drugs” and “drug addiction” have a lot of negative connotations that often are mistaken for minority issues instead of a public health crisis.

In order to fight the war on drugs, we have to approach drug abuse in a different light. Addiction is a mental health issue that needs to be understood and treated, not shunned against and frowned upon. Untreated issues will not only impact a person's wellbeing, but will impact their families and their communities as well.

With rehabilitation programs, addicts will be able to have 24/7 medical care when recovering, which could save their life while being in a safe environment. Not only does rehabilitation provide life structure and support, there are many therapies that helps battle addiction issues. With the revenue that is gained from tax dollars on marijuana sales, treatment and rehabilitation habits will help end the drug addition issues seen in America.

More stories from Michala and writers in Potent and other communities.