by Lacey Doddrow 2 years ago in product review
Report Story

This unique wooden vaporizer has its pros and cons, but it's a favorite for a reason! 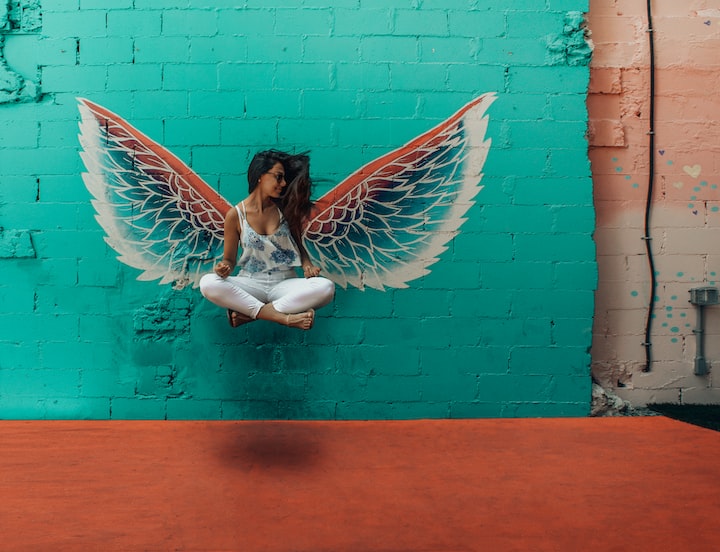 The Magic Flight Launch Box was the very first marijuana device I ever purchased. Prior to owning my very own Launch Box, I was stuck borrowing glass pipes from friends or finding a hookup that would pre-roll joints before selling them to me. I bought my Launch Box from a little head shop in Tucson, Arizona before weed was legalized - in fact, I made sure to buy it with cash because I was so paranoid about the charge showing up on any credit card paperwork!

I instantly fell in love with the little wooden box, and it’s still my go-to more than ten years later. That’s right - the Magic Flight Launch Box will last you until the end of time, especially if you take good care of it. Here are my favorite things about this unique vaporizer:

It uses flower, not resin

Don’t get me wrong, I love all the high-tech vaporizers that have come out in the last few years. They’re convenient, potent, and come with all sorts of great flavors. But they also have their downsides.

For one, it’s not always clear whether cartridge vaporizers are safe for our bodies or the environment. The Magic Flight Launch Box is a simple piece of engineering that doesn’t require weird chemicals or electronic components.

Another problem with cartridge vaporizers is that you might not know what, exactly, is in them. Sure, the higher end ones label their source and strain, but it’s impossible to tell from sticky, yellow resin just what you’re toking on. With the Magic Flight Launch Box, you have total control of exactly what flower you’re vaping. If you’re a huge weed nerd like me or using marijuana for medical purposes, this lets you keep track of how individual strains affect you.

It’s beautiful and fun to use

I use marijuana for both recreational and medicinal reasons. As a tool for treating my anxiety disorder, marijuana has been a life saver! But the Magic Flight Launch Box deserves some credit too. The wooden box looks gorgeous and feels lovely in your hand, and it starts to calm me down even before I’ve taken the first hit.

I also like the mini ritual of setting it up - grinding the weed well (the Launch Box does better with finely ground flower), laying it gently in the trench, and pressing the battery in. Keeping it clean and well cared for is also a nice little process. The Magic Flight Launch Box comes in a nice metal box, and the kit includes a little brush to clean out the trench after a session. The batteries also come with neat rubber caps stamped with the Magic Flight logo.

Once I’ve gotten high, getting my Launch Box tidied and put away - brushing it out with the wooden brush, settling everything back into its little box - is a relaxing process that gives me something to do and generally feels good!

Of course, if you’re not someone who likes rituals or wants to have that much of a relationship with their vaporizer, this might not be a “pro” for the Magic Flight Launch Box. There’s something to be said for a vape you can just toss in your pocket. But I love every step of using my Launch Box.

It saves you money

Now that weed is legal in my state, it’s easy to indulge in a shopping spree on lavish gummies, artisan vapes, and other expensive cannabis treats. But when I need to be a bit more economical with my habit, the Magic Flight Launch Box is my absolute best option.

For starters, this little vaporizer manages to get you flying pretty high with a very small amount of flower. I’d estimate that a session with my Launch Box takes about a third of the bud that it takes to roll a joint, and it still definitely does the trick. If you have a very high tolerance, the Magic Flight Launch Box won’t be the powerhouse you need, but for the average stoner, it’s a great way to make your flower last a long time.

Second, the Magic Flight Launch Box lets you get high on the same weed twice. That’s right - it doubles the mileage of your flower! After you finish vaping a trench, the ground bud turns brownish and gets a nice toasty odor. It has now become “ABV,” short for “Already Been Vaped.” Make sure to keep a container close by your Magic Flight Launch Box so you can save this stuff - I use a recycled spice jar.

In ABV, the THC has already been activated by heat, so you don’t need to cook it or turn it into cannabutter. That means you can literally just eat it as-is and get high, just like you would from an edible. However, it works much better if you combine it with a food containing fats. Mix it in with some peanut butter, sprinkle it onto pizza or pasta, or down it with a bowl of ice cream. Two sessions for the price of one!

For those of us who don’t like hacking up a lunch after taking an especially huge hit from a bong or a volcano, the Magic Flight Launch Box is the perfect solution. The vapor it creates is so smooth and gentle that many first-time users aren’t even sure that they’ve actually gotten any - that is, until they start feeling it!

It’s also discreet, creating very little odor compared to smoking or even a more powerful vaporizer. Some people say they’ve been able to use their Magic Flight Launch Box at concerts or in movie theaters without being detected. While I wouldn’t recommend vaping anywhere that might get you in trouble or affect other people - no marijuana vapor is truly odorless - the Launch Box is perfect for indoor use or any situation where a strong weed smell would cause you a problem.

Alright, so that’s all the great stuff about the Magic Flight Launch Box - but are there any downsides? Of course there are. I’m not a sales representative for Magic Flight, just a loyal user who loves mine, and I’ll be honest with you about its drawbacks.

Like I wrote above, the Magic Flight Launch Box takes a bit of setup and cleanup. It’s not the kind of thing you can just toss in your pocket. I took mine on a hike once and kept having to stop on the trail to fill the trench and put the battery in. But if you pre-fill the trench before putting it in a bag or pocket, it can slide around and create a bit of a mess.

If you’re looking for something with zero steps between you and a toke, the Magic Flight Launch Box isn’t the vaporizer for you.

The Magic Flight Launch Box comes with two batteries, sleek silver ones stamped with the Magic Flight logo, and a charger that plugs into a standard outlet. You’ll need to remember to keep them charged - there’s nothing worse than getting set up for a session and finding that you’re out of juice! If you have trouble remembering things like that, it can be an extra annoyance. Plus, the batteries lose their ability to hold a charge after a while, and certainly don’t last as long as the Launch Box itself. You’ll need replacements at some point!

The batteries are unique in that they instantly create heat when they make contact with the metal element inside the Launch Box. That means you need to keep their rubber caps on when you’re not using them, so if you tend to lose little pieces like that, you’ll need an easy system for keeping track of the battery caps. You’ll also need to be careful with them - one time, I accidentally let one of the battery tips touch one of my metal rings, and it caused a little burn on my hand!

The special batteries also mean that you can’t just swap them out for any old batteries; you’ll need the Ni-MH rechargeable batteries that Magic Flight uses. You can order more from the Magic Flight company, but you can also buy them elsewhere. However, most non-Magic Flight brand ones come with a coating on them, which you’ll need to peel off. I found that they don’t work as well, and peeling their coatings leaves a sticky residue, so you’re better off just using Magic Flight batteries.

You can also order a power adapter to get around the whole battery issue, but that makes your Launch Box less portable and adds additional cost and gear.

Wait, didn’t I say above that the Magic Flight Launch Box saves you money? Yes, in the long term, you’ll spend a lot less on bud - but to get started with a Launch Box, you’ll need to shell out around $140. In my opinion, they’re worth the price, considering how nice they look, how pleasant they are to use, and how much they’ll save you over time, but it might not be in a casual user’s budget.

As someone who’s been using my Magic Flight Launch Box for over a decade now, I think it’s a great product and recommend it to newbies and experienced cannabis connoisseurs alike. But they certainly aren’t for everyone!

More stories from Lacey Doddrow and writers in Potent and other communities.