by Insinq Datum 3 months ago in art

A light-inspired metaphor for Mary Jane 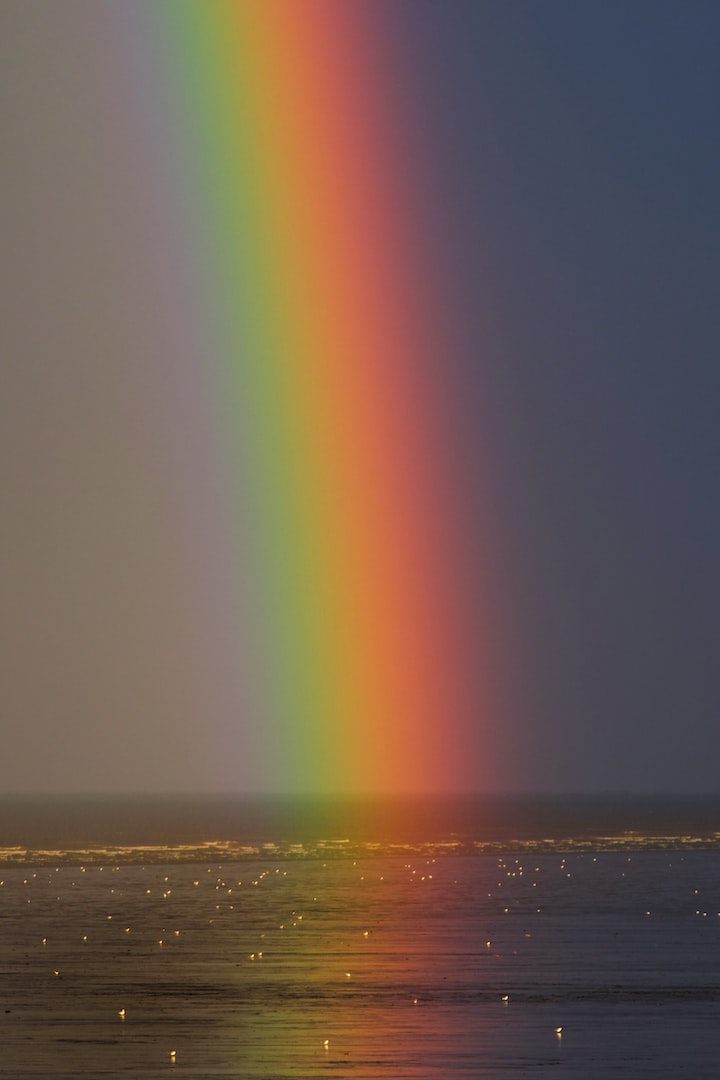 I am a fire burning on a mountaintop that is able to transform anything touched by the light I cast into fuel with which I may feed myself, becoming brighter and therefore illuminating more territory which can then be transformed into more fuel, and so on. The valley surrounding the mountain is cast in darkness throughout the day because the different layers of cloud cover effectively capture all of the light from the sun, however the mountain rises above the lowest of the clouds and therefore, in the morning and in the afternoon, the angle of the light through the upper clouds is magnified to form a concentrated beam, which gives new life to the flame atop the mountain. If however the resources of the day have already been expended once the afternoon window comes about, though it may once more briefly light up, it will quickly dwindle and be extinguished for the rest of the night. When the flame remains lit, the heat which is emanated progressively pushes back the clouds cover surrounding the mountain, allowing the light cast by the fire to illuminate the valley. In this metaphor, consciousness is clarity is light; Light is the outer, projective form of the inner creative spark of Fire, while the mountain represents material progress, accumulated wisdom and growth in the element of Earth. The elements of Water and Air are also implicated via the cloud cover that must be pushed back in order to give the fire more space to breathe, thereby increasing the scope of what it illuminates and providing it with more fuel. The valley is both the unconscious self and the world in totality.

There is a particular sacred herb, known by the name of Mary Jane, that can be added to this flame which acts as a catalyst, either for energetic activation or suppression depending on the timing of the addition. This herb summons the opposite element - water - in the form of the rains, a decision intended to promote the coincidentia oppositorum. When the two come together high on the mountaintop, they produce a mist which shrouds the peak of the mountain and thereby interferes with the passage of light. This mist, in excess, quickly forms a fog that soon enough becomes more clouds, which begin to suffocate the flame and which severely restrict the range of its light-giving ability; what's more is that the fire is thereby blinded to what it's missing, and can therefore not transform it into fuel. Excess however is only the obvious problem, and there is a much more subtle issue which must be dealt with: that of the alchemical timing of the addition of the sacred herb. If the herb is added too soon, then the mountaintop flame is not given enough time to grow and is consequently suppressed by the adulterant, resulting in a day devoid of the natural energy of the brilliant sun.

If, on the other hand, the herb is added too late, the flame already burns too low, having expended most of its energy for the day, and is similarly suppressed - if the fire goes out, the individual relaxes completely, and either sleeps or procrastinates wilfully. The ideal situation is that the fire is allowed to grow throughout the morning, the rains being summoned only once the fire has been cultivated and nourished by clear, pure Air. When the rains are called forth at the kairotic moment by the timely addition of the sacred herb, the resulting mist filters but does not obstruct the passage of light; consequently one may glimpse the interplay between the fire, or its light, and the water, which together produce a rainbow. The rainbow is an ideal: it is perspective par excellence, containing the entire spectrum of colours in a harmonious whole. Therefore it is a symbol of enlightenment, a transcendental realization which thereby elevates the framework of the individual.

The rainbow, the progeny of the pairing between the Fire - the essential creative spark of the Transcendental Light - and the receptive rain, which is the symbol of the water of life, also known as the Elixir of Life, is desirable precisely because it constitutes a balance struck between two opposites which results in the harmonious symphony of the entire spectrum. But the rainbow is merely a symbol, it is not the realization itself; rather, it marks the way to such a realization, but rainbows fade rapidly and then there is only the vague memory of 'somewhere over there'.

While the rainbow is visible, one can pursue the resonant connection and discover the pot of gold hiding at the end of the bridge of light, however if one neglects to pursue the rainbow, it will be difficult to recover in retrospect. When one fails to pursue the rainbow in a timely manner, it can often lead to a short-sighted attempt to find it again through the addition of more of the sacred herb, but as you might imagine, this leads to a thickening cloud cover and an overall inability to pursue the rainbow due to a dormant flame (plus you never see the same rainbow twice). This can result in a self-feeding loop, which completely exhausts the flame.

Receive stories by Insinq Datum in your feed
Insinq Datum
Read next: Under The Bridge