by AddictiveWritings 9 months ago in science

The Holy Grail of tripping 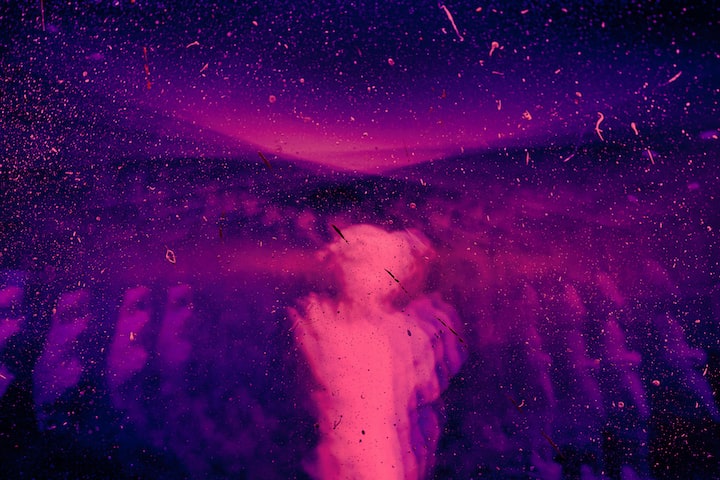 “The first time I experienced an ego dissolution,” says 26-year-old Bradley from Idaho, USA, “I took four and a half grams of magic mushrooms. At first, I tried to concentrate on getting myself back a bit, but of course, that didn’t work. The mushrooms knew better what I needed. So I just kept telling myself, “I’m not going to die, even though it may feel that way.”

Ego-Dissolution, or Ego Death, as the phenomenon is called in English, is an extreme state that can be triggered by high doses of psychedelic drugs — and more and more psychonauts seem to be going for it lately.

The experience is described as frightening at first: It feels like dying.

Some of them scream. Eventually, all sense of self disappears, leaving nothing but the realization that everything in the universe is connected.

An ego dissolution in a broader sense does not necessarily require drugs like LSD, mushrooms, or DMT. It describes the overcoming of physical and mental self. Buddhists call comparable state enlightenment and believe that it can be achieved through meditation; Sufi Muslims call the disappearance of the self Fana.

Drugs can be a shortcut to reaching such a state. LSD Pope Timothy Leary first wrote about it in 1964. He defined ego dissolution as “complete transcendence — beyond words, space-time, and the Self. There are no visions, no ego-feeling, no thoughts. There are only pure consciousness and ecstatic freedom.”

A good 50 years later, it appears that a psychedelic arms race is taking place in certain parts of the Internet. Hundreds of people in the drug communities on Reddit and YouTube boast of their latest transcendental experiences. On message boards like Reddit’s r/Psychonaut with its 175,000 subscribers, posts about ego-death experiences are piling up. It is not uncommon for a feeling of superiority to be present. “Ego dissolution is the ultimate goal in life,” someone writes. “I think it’s fair to say that an ego dissolution makes you a superior psychonaut,” writes another person.

“Does anyone else have the impression that massive ego-death weight is going on in this forum?”

Bradley, himself an experienced consumer, asked on the message board a few months ago. “Constantly worrying about reaching this Holy Grail of all experience is simply the wrong way to go. You have to have respect for these things above all else.”

Twenty-year-old Michael from Florida says he has had over 50 trips. In his experience, the ego dissolution would happen gradually: “You don’t even realize it’s happening. Your thoughts slow down, you get confused, then panic sets in. Your body begins to vibrate — as if you were about to explode. It feels like, “This is it. This is the moment I was moving towards.’”

At that point, he says, you can either accept the state or fight and scream.

“Maybe you get stuck in time for a second, but you can look around,” he says. “It’s as if there were two of me — my mind looking around while my body is stuck and staring at my buddy. I could feel the wind howling around me. I could feel time slowing down to a standstill. Then I was engulfed by a white light that came from everywhere. At that moment I experienced it.”

Two months ago, 23-year-old Tony from Kentucky experienced his first ego-dissolution by smoking DMT. He tells me that every surface in his living room exploded with details he had never experienced before. Optically, so much was happening that he couldn’t close his eyes. “It was the most intense feeling of connection ever,” he says. “All feelings of self and ego dissolved until there was nothing left but a loving unity with everything.”

Recent research has shown that these ego-dissolution experiences are related to the effect of psychedelic drugs on the so-called default mode network of our brain. These areas of the brain become active in a state of rest, i.e. when we do not have to solve any tasks, and seem to shape our self-perception significantly. Researchers have found that psychedelic drugs silence this network. As a result, negative thought patterns can be broken through and new perspectives can be opened up.

Not quite as scientifically grounded, Timothy Leary divided psychedelic experiences into five levels. The first two are relatively gentle and involve short-term memory loss and visual reinforcement. Stage three is more intense and includes hallucinations — a medium-strong LSD trip, for example, falls into this category. Stages four and five can result in ego dissolution. The dose ingested is about three times the dose of a “regular” LSD trip.

Psychedelic drugs have a long therapeutic history and have experienced a research revival in recent years. Studies are currently underway at Imperial College London, the US Johns Hopkins University and New York University. In the past, it has been shown that, in combination with appropriate professional support, they can help to alleviate depression, addiction problems, and anxiety disorders in terminally ill patients. Nevertheless, these substances remain dangerous, especially when taken in large quantities and unattended. For people with pre-existing mental illness, the risk is many times higher.

Anxiety disorders and substance-induced post-traumatic stress disorders are among the normal side effects.

Most often, however, the feeling of manic self-alienation occurs after an ego dissolution, in some cases, it never goes away.

The 22-year-old Sean from Oregon tells me that after his ego dissolution he noticed a kind of “frequency change” in him. “I seriously thought I was developing a psychosis,” he says. “I couldn’t believe what I saw, what this world was. Nothing made sense anymore, nothing made sense. I became very antisocial, and it doesn’t take much to make me panic.”

Tony developed even more symptoms. He said that mere existence in his own body became so stressful that one night he threw up. “I had to look at myself in the mirror for an incredibly long time to know what my face looked like again,” he says. “I had to tell myself my name over and over again until I gained a sense of identity. I had seen how transitory this world was, and I was struggling to find a reason to live.”

Such a spiritual awakening can be ugly, Michael also says: “The truth can make you feel horrible. You lose interest in things, people move away, you question your life so far. It’s been years since my ego dissolution, but I still think about it daily. I was not ready for this experience. After that, I was left in a state of manic insanity. I kept thinking, “This trip isn’t over yet.”

Some are lucky enough to return to a normal life, others are accompanied by the insight into a utopia they cannot live, in all aspects of their lives.

It fills them with a nihilism that makes them ask themselves again and again whether it wouldn’t have been much better to just live with “the lie” — like everyone else.

It is hard to say how many drug users test the limits of their trips and thinking apparatuses to such an extent. Much of this could be online bragging. Yet so many ego-death posts have appeared in forums like Reddit’s r/Psychonaut recently that one gets the impression that many psychonauts could be heading for potentially dark abysses. The hunt for online fame is probably also to blame for this to some extent.

When reading the numerous testimonials, one can get the impression that an ego resolution is the answer to many problems in our lives and promises extraordinary clarity in a complex world. Because of the posts aiming for such confirmation, it also seems that our ego obviously can’t be killed for very long. Perhaps we should make friends with it and learn to control it rather than try to destroy it. It would be healthier.