Does Smoking Weed Improve Your Workout?

by Wendy Weedler 3 years ago in health / strains / marijuana minute

To vape or not to vape before working out?

I've received this question many times: people wanting to know if they can smoke weed to improve their workout. This is a very particular topic where people are either misinformed or simply don't know the answer. The fact is, medical marijuana, when used appropriately and correctly prescribed, can improve your work out.

There is a link between exercise and cannabis. Cannabis has been the main topic of a discussion in trying to determine if it should be used as part of a sport training program. One chemical in cannabis that you need to know about is THC (Tetrahydrocannabinol). THC mimics what is called the "runners high;" the point in exercise where your body feels like it can go forever. It literally mimics the endorphins that are released, making you feel like you have the energy to simply continue farther than you would have without the THC.

Another topic I'd like to touch on is the endocannabinoid system: in the body it is responsible for managing pain, inflammation, appetite and mood. This system in the body, when paired with THC from the cannabis plant, can prevent the aches and pains that are associated with working out. The less pain you are in, the more your workout can improve – thanks to weed. Also, with appetite suppression you will be less likely to jump into the cupboard to grab those cookies! Your mood can also be improved thanks to the intake of weed reaching your endocannabinoid system. Exercise can be very repetitive and boring, but with cannabis in your system it can make the work out so much more pleasurable. You will be less likely to get bored and quit early. It will be easier to find pleasure in the repetitive motion of exercising. 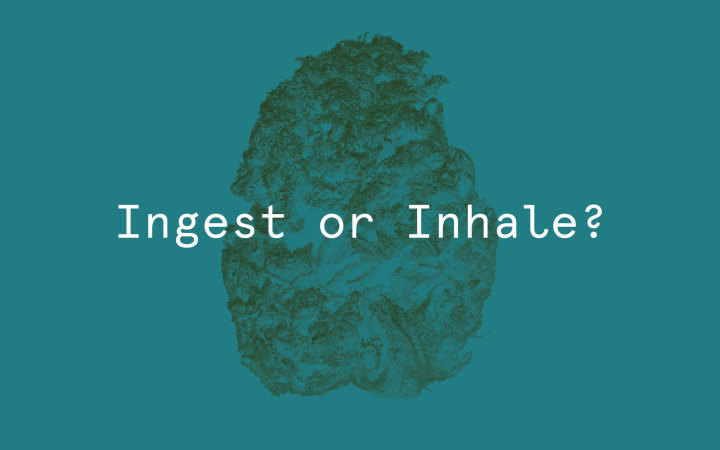 Smoking VS Vaping VS Edibles

You should ingest the cannabis in a way that is friendly towards your body and not more harmful. Instead, try melting some cannabis infused caramels in a cup of coffee, eat a cannabis infused honey stick, or some other method that won't cause your lungs to strain prior to your workout. I do highly suggest that if you want to be able to smoke your weed, to use a vape cartridge (vaporizer). It is less harsh on the lungs, but can be made with the same potency. Be careful with edibles because consuming too many can create mild paranoia. Eat a small bit and learn what your body can tolerate and not tolerate.

When using marijuana for your workout you will want to consume or vape a sativa. Indica can create the "evil" munchies and make you want to sit deep into a couch since it is more psychoactive. A way to remember that you shouldn’t consume Indica with your work out is the phrase “in da couch.” Indica will stuff you in the couch and sativa will motivate you to be physically active. Sativa is known to be more physically stimulating, increase creativity and make social situations more stimulating. Sativa will reduce your anxiety making you more comfortable getting out there and exercising in a public gym. Indica has its purpose and place in the medical sciences, but for a workout stick with the Sativa so the weed can improve your workout the way it should.

Hybrids are another option you will have when visiting your local dispensary. If you like consuming hybrid breeds, when it comes to working out, try to stick with a Sativa dominant hybrid for the same reasons we previously touched on. You will still get the psychoactive effects of the Indica but you will still benefit greatly from the advantages of the Sativa. Another great reason to use a Hybrid strain is because it will affect the entire body instead of just portions of it like you might experience with just the Indica and Sativa strains. 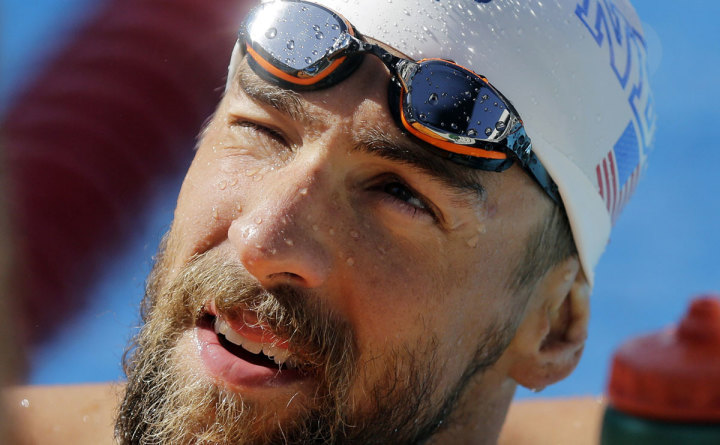 Athletes Who Use Medical Marijuana

Training while high will help improve your performance and reach your athletic goals. The Mavericks forward Josh Howard has admitted to utilizing marijuana off the job. Stephon Marbury of the Beijing Ducks basketball team has openly admitted to smoking marijuana. He admits that he consumed it without any regret and receives no trouble from his sport league. Michael Beasley, a successful basketball player, has openly admitted to marijuana use off the court during training. In February 2011, former major league OF Elijah Duked told a reporter at The Tampa Tribune that he smoked marijuana before home games while playing for the Nationals.

The most famous marijuana supporter that is an athlete, and I’m sure you’ve been waiting for me to touch on, is Michael Phelps. Michael Phelps is a perfect example that smoking weed can improve your workout. (And calm your nerves on the Olympic stage).

The benefits of smoking cannabis to improve your workout greatly outnumber the reasons why it wouldn’t. There is a link between exercise and cannabis that we as a society need to acknowledge, it keeps up and gears us into the “runners high” and it helps with appetite suppression thanks to the work it accomplishes in the endocannabinoid system. Remember to try to consume either Sativa dominant Hybrids or straight Sativa so that you don’t get the munchies and the desire to sink in the couch for the remainder of the day. Try to keep your intake through vape or small edibles. Marijuana has been inspiring the world for centuries, and society doesn't need to fear it anymore. It is a medical miracle given to us by Mother Earth herself.

Lives in Washington D.C. Has been part of the legalization movement for decades.

See all posts by Wendy Weedler →