Can Marijuana Help You Lose Weight?

by Ed Green 3 years ago in cooking / health / marijuana minute

New research suggests that cannabinoids rev up the body's metabolic processes, leaving us optimistic that marijuana can, in fact, help you lose weight.

When most people think of a session with Mary Jane, the image of vegging out in heavy couchlock, a bag of Doritos in one hand and a TV remote in the other, springs to mind. Now, this isn't exactly what your average fitness coach means when they say “work out”, unless you're trying to jack up your button-pressing thumb muscles. Based on all of the common conceptions about marijuana munchies, it should stand to reason that cannabis users have a higher incidence of obesity and weight-related diseases like diabetes than do the general population; while an understandable assumption, this is not the case. If we accept that cannabis users often eat more and get less exercise, it begs the question: “can marijuana help you lose weight?”

Getting High While Keeping Insulin Low 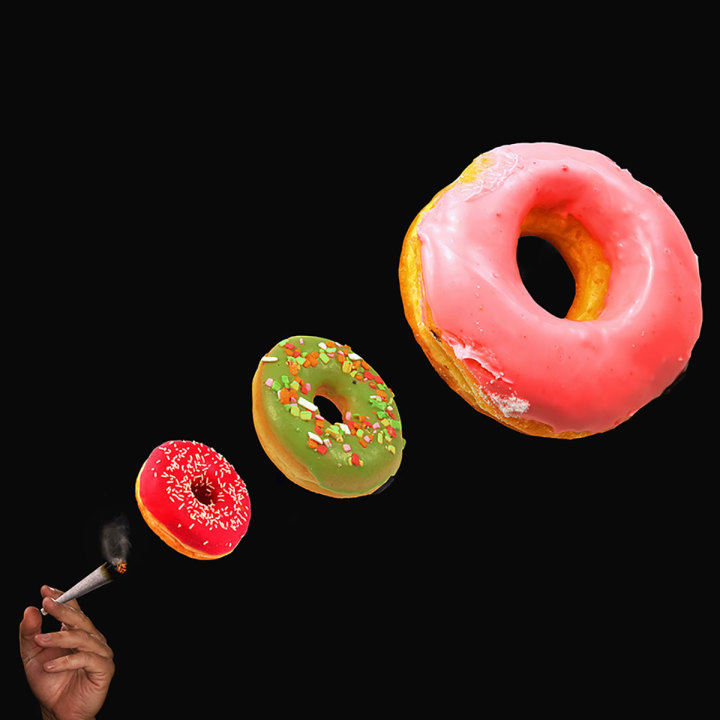 Contrary to the sexy mental image of becoming a full-time couch potato, The American Journal of Medicine published findings that paint a different picture of pot smokers; the report states that regularly hitting a bong or smoking a joint in the evening actually improves metabolic health. Yes, this means your health is improved even whilst eating upwards of 600 more calories per day than your fitness-frenzied neighbor who's been trying to lose a few–I know, Life can be so unfair.

Justice aside, the report shows a correlation between regular marijuana use and lower levels of fasting insulin. “Fasting insulin” is a common benchmark used in the medical field to evaluate blood glucose health; consistently high insulin levels when your body is in a fasting state is a marker for metabolic dysfunction such as diabetes. Simply put, high insulin levels can eventually cause insulin resistance, which means that your cells fail to respond normally to this hunger-regulating hormone. Insulin resistance, in other words, prevents cells from converting excess blood sugar into stored fat, which in turn leads to obesity; this is to say that insulin resistance is a precursor to developing type-2 diabetes. Thus, cannabis can nip this domino effect in the bud by lowering the levels of fasting levels, prevent weight gain and metabolic disease like diabetes. 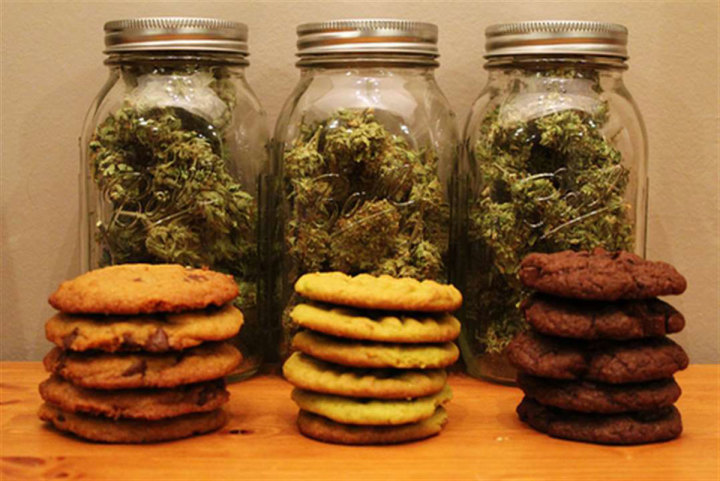 We now know that marijuana helps improve our metabolic sensitivity to insulin and reduces the risk of developing type-2 diabetes. By the same token, stoners have also shown, on average, to have a lower waist circumference when compared to those who've never partook in the ganja. As explained by The American Journal of Medicine:

It is believed that marijuana and its component cannabinoids stimulate compounds in the body that are used in breaking down complex carbohydrates and fats. This is good news for all of you regular tokers out there, in that marijuana use stimulates your body and helps you process all the fatty junk foods you chow down on when you're indulging in a serious case of the munchies.

With the gradual legalization of medical and recreational marijuana across the country, cannabis culture is breaking into mainstream society, often in ways that no one anticipated. As researchers continue to study the effects of cannabis use, society is shifting their perceptions of the drug; it will become more and more difficult for naysayers to deny the ever-increasing body of academic literature that demonstrates the benefits of smoking the herb.

In addition to stealing your friend’s copy of Baked: A Marijuana Cookbook (or, simply, buying your own) add a little health into the mix. Recently, a book appeared online entitled The Marijuana Diet. Though it was controversial upon initial release, author Art Glass is armed with the science to support his directives.

The Marijuana Diet gives solid, fairly traditional advice on losing weight through dieting methods such as:

Now, having been expecting to receive from Glass a carte blanche for a week-long binge of buttery cannabis cookies, I was somewhat disappointed by his old-school dieting rules. There’s nothing that stands out as particularly groundbreaking here, but that's precisely the interesting part. Importantly, Art Glass revises an otherwise standard dieting program by encouraging dieters to regularly smoke marijuana. As we mentioned earlier, marijuana increases the rate of metabolism which is to say that calories are broken down faster and without the physical input of exercise. It's no surprise that many smokers swear by sparking up a joint before heading to the gym.

When it comes to marijuana's weight loss power, though, it’s not all about your metabolism or physiology. Think about the concept of someone "eating their feelings" (referring to emotional overeating), then negate the principle. The psychological effects of marijuana can bring any emotional stresses that cause chronic eating to the forefront of one's mind, allowing the smoker to confront and deal with them instead of eating them. And if it’s stress that is causing overeating, well, I don't feel I need to go on about how smoking pot reduces stress. It doesn't really take a rocket scientist to work this one out.

Rev Up With the Sports Car Cannabinoid 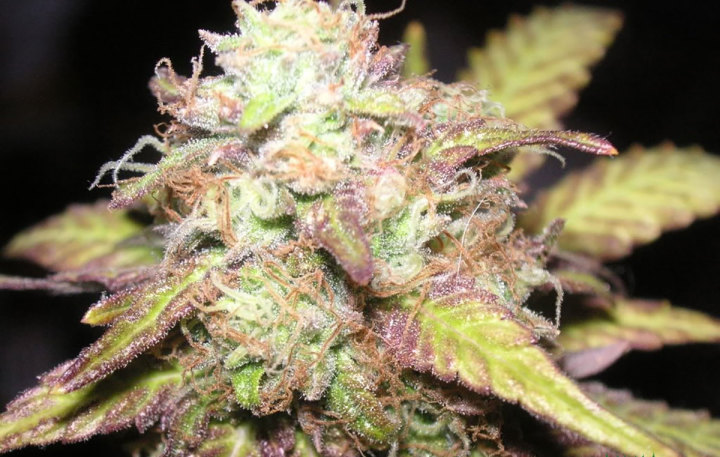 New research has also identified a specific cannabinoid that works wonders with the marijuana diet. If you're serious about embarking on a similar diet, you might want to look into strains with high levels of THCV, for example Durban Poison or Pineapple Purps. THCV, a close relative of THC, has been found to actually inhibit THC and prevent you from getting the munchies. Note that THCV has psychoactive properties just like THC does, so this doesn't stop you from getting stoned—it's just a different type of high.

THCV is commonly found in African sativa breeds of cannabis, and comes with a shorter, sharper high commonly associated with stimulating sativa strains. THCV hits you much faster than its well-known cousin, but doesn't last as long, giving it the nickname: "The Sports Car Cannabinoid."

Both THC and THCV get you stoned, but only THCV suppresses appetite, as well as feeds you the energy you need for an extended session at the gym. THCV strains are perfect for pulling you away from that terrible horror movie you haven't watched since you were 12, and getting you active and outdoors. 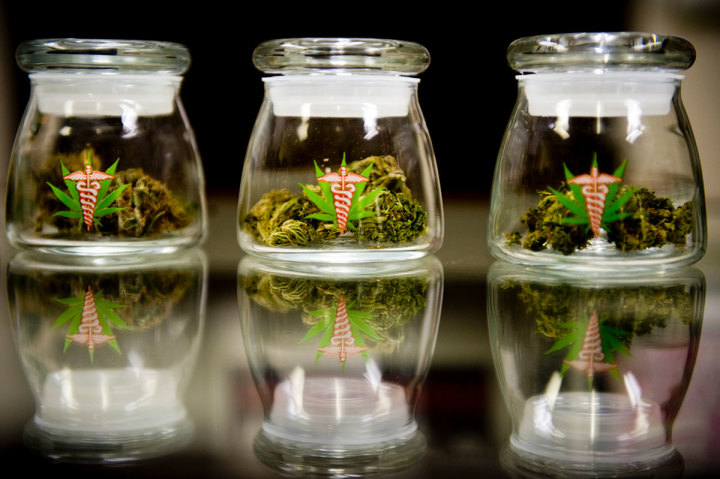 One of the most promising aspects of isolated CBD (i.e. extracted from the plant), and the reason why research on it is so popular, is because CBD itself is non-psychoactive, and is thus not responsible for your feeling high; this fact is promising for non-smokers who still can benefit from CBD's many beneficial effects whilst maintaining a sober state.

As legalization moves forward with more and more universities researching the ins and outs of cannabis on the human body, we hope to see more reports of beneficial effects like this. And ultimately, the question “can marijuana help you lose weight?” has been answered—Yes. Yes it can.

See all posts by Ed Green →