by Frank White 4 years ago

In a controversial country, black hash from Pakistan is a pleasant surprise.

Pakistan has its share of geopolitical issues. Foreigners are here either on business or passing through, to India or Afghanistan. Not really a vacation spot. It is a controversial country, mostly arid desert land, and offers little in the way of splendor, though I am sure the Pakistani Tourism Bureau would beg to differ. In point of fact though, the tourist bureau only lists mountains and landscapes as destinations. Not a sushi bar in sight. No shows to take in. Ditto on the museum scene. Women here are usually shrouded from head to toe, not in embroidered silks, but in black cotton. Men wear pastel cotton shirts and baggy pants that somehow bring to mind the Western business suit. In the congested urban centers black hash from Pakistan is controlled by blackmarket pricing and gangs. The black market is not an actual market you can visit.

The country is currently going through political evolution. But is has been going through an evolution in one way or another for the last century. Jails are often filled with political prisoners, which might simply mean you had an extensive collection of Disney DVDs to watch while enjoying the local black hash from Pakistan. A state of martial law is a familiar life style. Throughout Pakistan's history it has been declared and strictly enforced. Soldiers with automatic weapons are much in evidence at airports, train stations, and on roads and city streets. Sentences for crimes are often given in harsh physical punishment. These were administered with a whip weighed with lead, as recently as the late 20th century. It was said that fourteen lashes, the maximum number, can kill a man. Criminal offenses include the possession or partaking of liquor by Pakistani nationals. Many bars are open to holders of foreign passports only, and black market liquor can run as much as $100 - 150 a bottle. 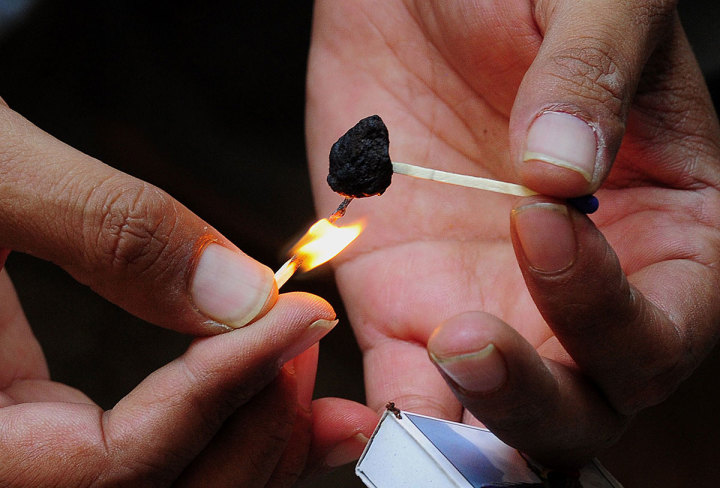 Hashish, known as charas, is also illegal in Pakistan. Rather than a religious or spiritual experience, smoking is considered an “opiate of the masses,” a means of making the hard life of the lower classes more tolerable, and it really is a hard life. In spite of the prohibitions charas shops can still be found, and hash as well as opium and speed can be purchased. However, once in a while a money hungry Pakistani will turn a charas smoker in to the police for a reward. "Its just business" they say, "nothing personal". And martial law does not prevent city dealers from trying to charge outrageous prices to the unsuspecting tourist. Good rule of thumb is don't talk to strangers.

Going up into the Himalayan foothills, close to Afghanistan and China, things are somewhat different. Up there, tribal law still rules and the government has little influence. Dusty villages give way to green fields, with rice-terraced mountains surrounding lush river valleys.

The main—practically only—crops are rice and corn. Here, cannabis plants grow wild by the roadside or in single or double rows surrounding cornfields.

One such grass-rimmed cornfield leads to an excavation of a 3000 year old temple. For those interested in archaeology, Pakistan has a few fascinating archaeological areas dating far back. For those more interested in getting high, this excavation is well know for black hash. Take the opportunity to rub some charas off a ripe plant when wandering the ancient buildings in the countryside. It is free. 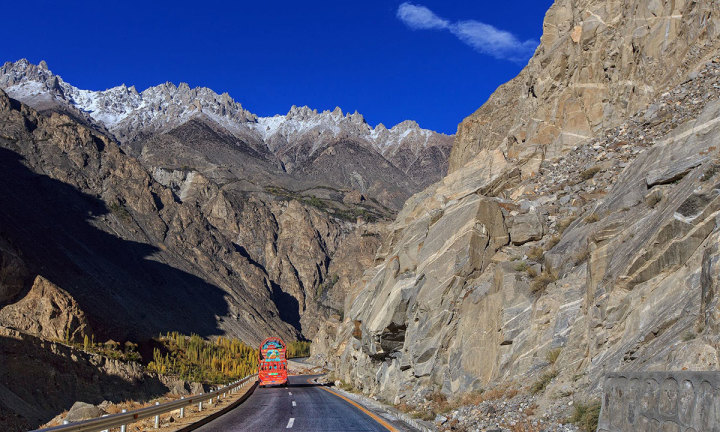 However, it may be easier to let others do the work. The charas sold by cannabis farmers in the country side is highly resinous, and of very good quality. It must be prepared for smoking by kneading with the hands for a long time. During “dry spells,” some folks scrape their hands and nails to get one more high. But that is hardly ever necessary with the hash as plentiful and cheap as it is there. It’s said that a good way to test the quality of the charas is to form it into a ball, and throw it hard at a wall. The better the charas, the longer it will stick to the wall.

In spite of the difficult political conditions and the fact that there is only one exit point in Pakistan, the country has a persistent reputation as part of the “Golden Triangle,” so we can expect to be seeing some of this dark, resinous stuff at our shores for long times to come.