V
by Vocaler 13 days ago in history

An experiment conducted in the 1950's where a researched gives an artist LSD while asking a series of questions over the duration of the experience. This footage accompanied the 'In Case of Emergency Break Glass' art gallery presentation and is intended as a companion video when viewing the work.

Many users see or hear things that do not exist. Dilated pupils, increased blood pressure, and increased body temperature are typical. Effects typically begin within half an hour and can last for up to 12 hours. It is used mainly as a recreational drug or for spiritual reasons.

LSD is one of the most potent, mood-changing chemicals. It is manufactured from lysergic acid, which is found in the ergot fungus that grows on rye and other grains. It is produced in crystal form in illegal laboratories, mainly in the United States. These crystals are converted to a liquid for distribution. It is odorless, colorless, and has a slightly bitter taste.

Known as “acid” and by many other names, LSD is sold on the street in small tablets (“microdots”), capsules or gelatin squares (“window panes”). It is sometimes added to absorbent paper, which is then divided into small squares decorated with designs or cartoon characters (“loony toons”). Occasionally it is sold in liquid form. But no matter what form it comes in, LSD leads the user to the same place—a serious disconnection from reality.

LSD users call an LSD experience a “trip,” typically lasting twelve hours or so. When things go wrong, which often happens, it is called a “bad trip,” another name for a living hell. 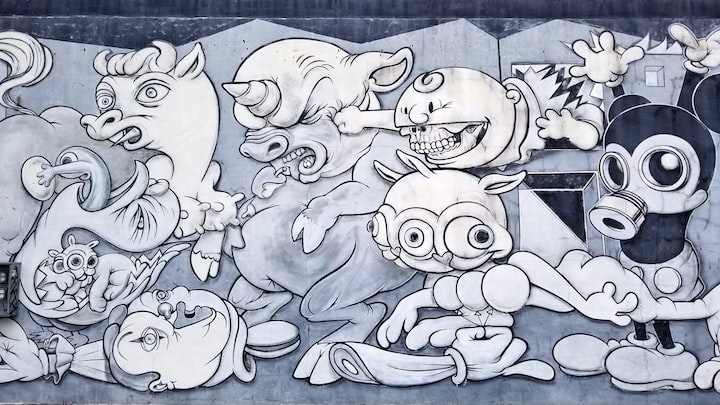 By George Pagan III on Unsplash

There is no safe level of drug use. Use of any drug always carries some risk. It’s important to be careful when taking any type of drug. LSD can affect everyone differently, based on:

The effects of LSD usually begin in 30 – 45 minutes and can last for 4 to 12 hours. The following may be experienced during this time:

If you take a large amount, the negative effects of LSD are more likely to happen. Call an ambulance straight away by dialling triple zero (000) if you have any of these symptoms (ambulance officers don’t need to involve the police):

Sometimes you can experience a ‘bad trip’ , involving a disturbing hallucination. This can lead to panic and risky behaviour, like running across a road or attempting self-harm.

Some people who regularly use LSD may eventually experience flashbacks. A flashback is when an LSD experience reoccurs, they are usually visual distortions that involve perceptual or emotional changes. Flashbacks can happen weeks, months or even years after the drug was last taken. This can be disturbing, especially if a frightening experience or hallucination is recalled.

The National Survey on Drug Use and Health (NHSDA) in 2018 estimated that 5.6 million people aged 12 or older were past year users of hallucinogens (which includes LSD, PCP, peyote, mescaline, psilocybin mushrooms, Ecstasy, ketamine, DMT/AMT/“Foxy,” and Salvia divinorum), corresponding to 2% of the population.

Between the years 2015 to 2016, trends in annual prevalence of use of LSD for Grades 8, 10, and 12 combined were 1.9% (2015) and 2.0% (2016), a +0.1 points percentage increase. The Monitoring the Future National Survey Results on Drug Use: 2016 Overview. Key Findings on Adolescent Drug Use found that "generational forgetting" -- students stating that they are not familiar with the drug -- has resulted in a decline in perceived risk of LSD among younger groups, which may put them at higher risk of use in future years. This points to the need for continued education over time on all illicit drugs (including hallucinogens) that may be a risk for youth.

What do You think?

See all posts by Vocaler →