'The Camera Does Not Matter': Creating Movies with a Phone

by Sam Gamble 2 years ago in how to
Report Story

Utilising a phones capabilities to shoot something is now a much more feasible option than ever before. 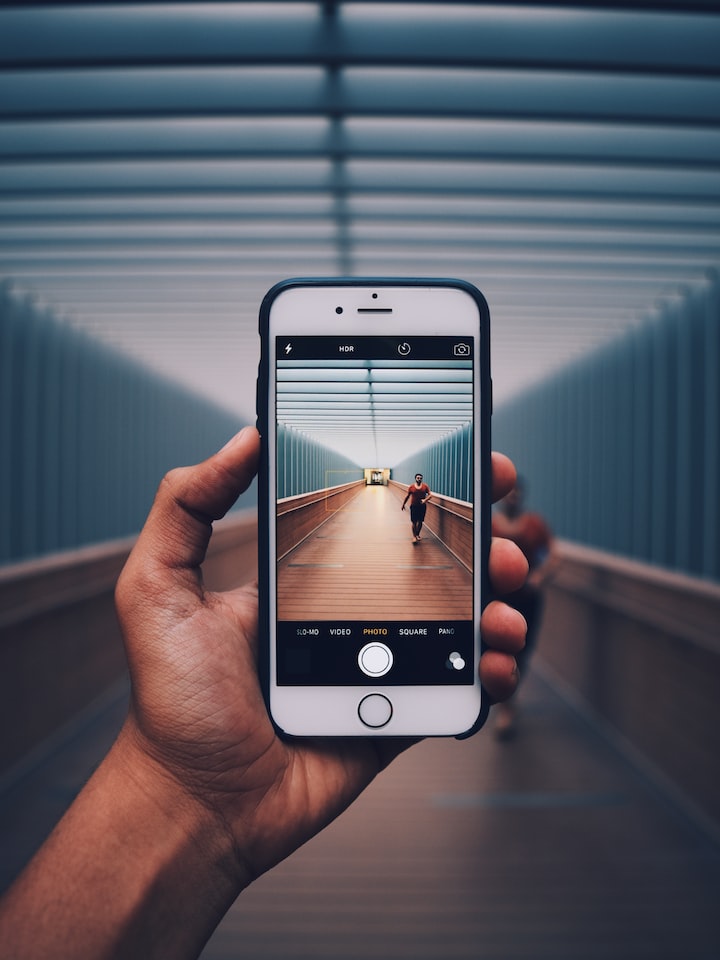 Photo by Amir Hanna on Unsplash

You’d be surprised how capable that piece of technology you have in your hand actually is. Phone cameras have come on leaps and bounds in the last few years to the point where it’s relatively commonplace to see films entirely shot on phone’s making their way into film festivals, and even theatrical releases. Whilst you will never get the same level of control and detail that you would get with a DSLR or cinema camera, you can get incredibly close.

Now, there are a few things you have to pay attention to, and I’m going to look at a clip from probably the most famous iPhone shot film, ‘Unsane’ (2018) to explore these further. Directed by Steven Soderbergh, the film follows a woman as she is confined to a mental institution after she tries to escape a stalker. The film has been called a ‘crazily broad, brash exploitation horror-thriller’ and received decent reviews. Soderbergh believes that you can’t tell the difference between the way this film was shot and a normal camera, and whilst I don’t think that’s necessarily the case, it’s definitely a decent option when working on a modest budget.

But first, what do you need to bear in mind when filming using a phone? What steps and extra techniques can you employ to improve your shots? Here, I have a breakdown of the different things you can do.

The first thing to do, other than extensive planning and preparation, is to kit yourself up where you can, the first being the camera itself. There are many apps that ‘unlock’ the potential of your phone’s camera, adding digital controls to your footage that replicate the manual controls of a camera. ‘Unsane’ used an app called ‘Filmic Pro’ but there are other free alternatives such as ‘Mavis’. These give you back manual controls such as ISO, aperture and white balance to allow you to optimise your footage.

You also want to either find some source of stabilisation like a camera grip or a gimbal (these can vary in price), or lock off the phone itself. Phone footage is incredibly susceptible to any shake or jitters you may have, so placing the phone on a tripod or making one yourself is probably the best option. A stack of books or a coffee cup with a slit cut out of the middle make for good makeshift tripods if you don’t own one that fits your phone. You can also customise selfie sticks, as it removes your hands direct contact with the phone, it should reduce shake a little bit.

Work within your limitations.

Whilst using a phone is a definite option when it comes to creating content, it doesn’t come without trade-offs. First of all, the focus. Focus on an iphone tends to be at a larger depth of field so large amounts of the frame remain in focus. This definitely contributes to phone footage looking ‘flat’ because you can’t manipulate your depth of field as far as you would with a standard camera lens. A way to improve your footage from looking as flat is, unfortunately, lighting properly.

Lighting involves pretty much what is said on the tin. Adding lights to situations. The standard setup is what’s known as three-point lighting. Again, this is fairly self explanatory. It’s a setup that consists of three points, called the ‘Key’, the ‘Fill’ and a ‘backlight’. The ‘Key’ light is the chief light in the setup. It illuminates what you want the audience to see. The ‘fill’ is designed to bump up the shadows created by the key light, and the backlight goes behind your subject and illuminates the back to create separation and help with creating three-dimensionality.

The other thing to pay attention to is your sound design. If you record your sound externally using a pocket recorder or a sound kit like the ones we have at Long Road in the media and film department,, you will get better results than you will using your phone’s internal microphone. Paying particular attention to dialogue and ambience, you will be able to properly mix these together to make your film an extra level of immersion.

Most of the reason people become emotionally invested in the film you’re making is to do with the performances on screen. Accurately portraying believable characters with deep and engaging relationships. Work with them, rehearse your scenes, talk through their characters objectives and super-objectives.

I think all of this goes to show how, essentially, utilising all of the different skills and techniques available to you means that what camera you shoot on ultimately doesn’t matter. The camera is ultimately one aspect of a film-makers toolkit, and whilst it definitely has its limitations, it’s a completely viable method of capturing your story.

Film reviews, movie-making articles, and more. Follow a fanboy's journey in exploring pop culture and everything else around it.

More stories from Sam Gamble and writers in Photography and other communities.