by Justin Clark 5 months ago in camera

How's it going everyone?! Welcome back to another blog if you're a repeat offender, or welcome for your first if you're new!

Last week we went over the topic of why I believe it's important to understand why people use certain settings, and not what specific settings they used. But if we don't have at least a basic understanding of what each element of our exposure triangle will do, knowing why is as unhelpful as knowing what. So we're going to go over individual concepts for the next few weeks, and then we're going to talk more in depth about the exposure triangle itself and the way we combine these elements.

Let's jump into it!

Shutter speed is the duration that the “shutter” (a component in our camera) will remain open and allow our sensor or film to absorb light, this can be a long time, or a short time.

Shutter speed is an interesting concept in photography; it is one of our ways to correct exposure for a photo, and our only way to convey a passage of time, or lack their of, in our photography. We have the ability to make the shutter stay open for as long as we want (max 30 seconds on most DSLR’s without a remote), to absorb as much light as we want, or can be as fast as a small fraction of a second (max 1/4000 on most DSLR's) to allow less light in. But how do we find the right shutter speed for what we want to convey with our photograph? This all comes back to having an idea of what we want to produce before we take the shot, and using the right mechanics to achieve our desired product/photo.

Let’s talk a bit about how shutter speeds interact with our photo.

Most of the time in our photos we want to achieve a crisp, or clear instances of a scene of time. When we take a photo, this is what we are doing, we are preserving an instance of time and what is occurring by capturing the light provided. Shutter speed is the element which allows us to convey this passage of time. We can have a very long shutter speed (also know as a slow shutter speed), or we can have a short shutter speed (also know as a fast or quick shutter speed). To help yourself visualise this, if we say that 1 second is a meter of length (we'll imagine a meter ruler), 1/4000 of a second is 0.25 of a millimeter, 1/1000 is 1 millimeter, and 1/250 is 4 millimeters, 1/50 is 20 millimeters (2cm), and 1/10 is 100 millimeters (10cm). Another example is if we have a shutter speed of 1/100, we are cutting 1 second into 100 pieces. We are then taking a photo for 1 part of that 100. If we have a shutter speed of 1/200 we are cutting one second into 200 pieces this time, and still taking 1 piece of that second. What is considered a "long" or "short" shutter speed depends on the subject of your photography, in astrophotography (star or space photography) depending on your focal length, 30" (30 seconds) is considered long, but 1" or 2" (1 seconds or 2 seconds) is considered short. On the other hand if you're out capturing sporting events 1" (1 second) can be an eternity, and 1/1000 might be what you require to get the shot you desire.

Some common but often confusing terms to keep in mind: 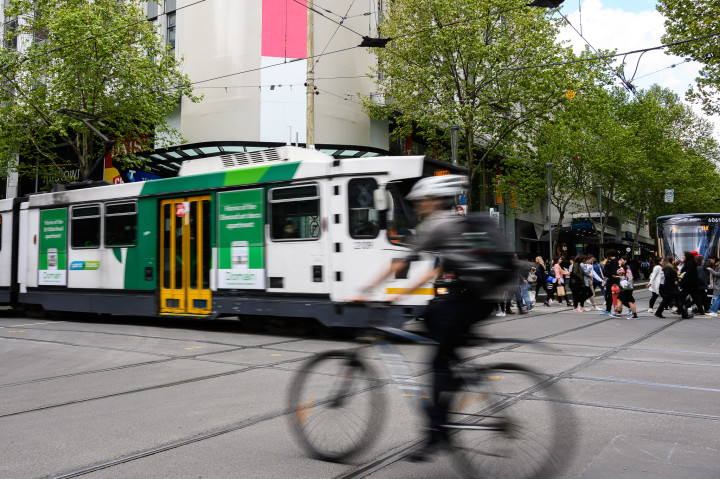 We can see here, the individual riding the bike is blurry, and the tram is somewhat blurry, this is an example of motion blur, and a situation where if we wanted them to be more clear, we would need to increase our shutter speed.

Motion blur occurs when the subject we are taking a photo of, whether that be a person, a flower, a car, an animal, whatever it is, doesn’t seem sharp and has an element of dragging or blurring. This is because light that is being reflected by our subject has been absorbed in one section of the photo, in another section of the image. A way to visualise this differently is to assume while our shutter is open, it's like wet paint. If the objects stay still between the shutter opening and closing, it "dries" properly. If objects move while the shutter is open, they will smudge, as if someone has run a paintbrush through wet paint. In the example image above, the person riding the bike is blurry, if we wanted the person riding the bike to be sharp, we would need to make our shutter speed faster, or "increase" our shutter speed. This was shot at 1/40, if we wanted this more sharp, we should have increased our shutter speed, possibly to 1/300 or something similar, depending on what our other settings were. We needed less of a passage of time in this image if we wanted to have the moving objects more defined.

Another example of motion blur is when we try to take photos of friends or family, and that person may have moved mid photo. When that person moves, if our shutter speed isn’t fast enough, we see motion blur, that is our camera picks up light bouncing off of our friend when we pushed the button, as they were moving, and the point where the exposure has stopped. Same concept as the wet paint, our sensor was open too long and the "paint" has been smudged. 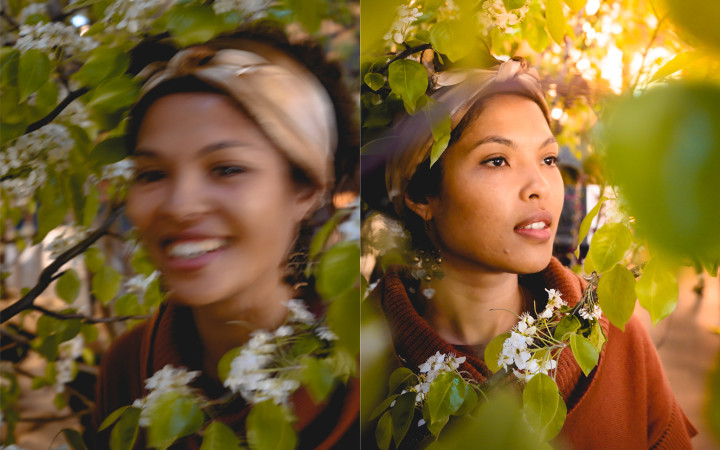 An example of motion blur in potraiture photography and adequate compensation

So in instances where we don’t want motion blur, we need to make our subject stay still, or more easily in most cases, make our shutter speed faster. Different shutter speeds will be required for different instances of shooting though. This is important. Taking a photo of friends and family will not need the same shutter speed as taking photos of Formula One race-cars going around the track, it all comes down to what is necessary in that particular instance.

But what if our subject isn’t “moving” per se? What if we’re taking a photo of a building at night and we need a slow shutter speed because there isn’t much light available? In this instance, a tripod or even a stable ledge that we can balance the camera on will be beneficial to achieving the shot. The use of a tripod to try and get a sharp image while using a long exposure leads us to our next topic, "Camera Shake". 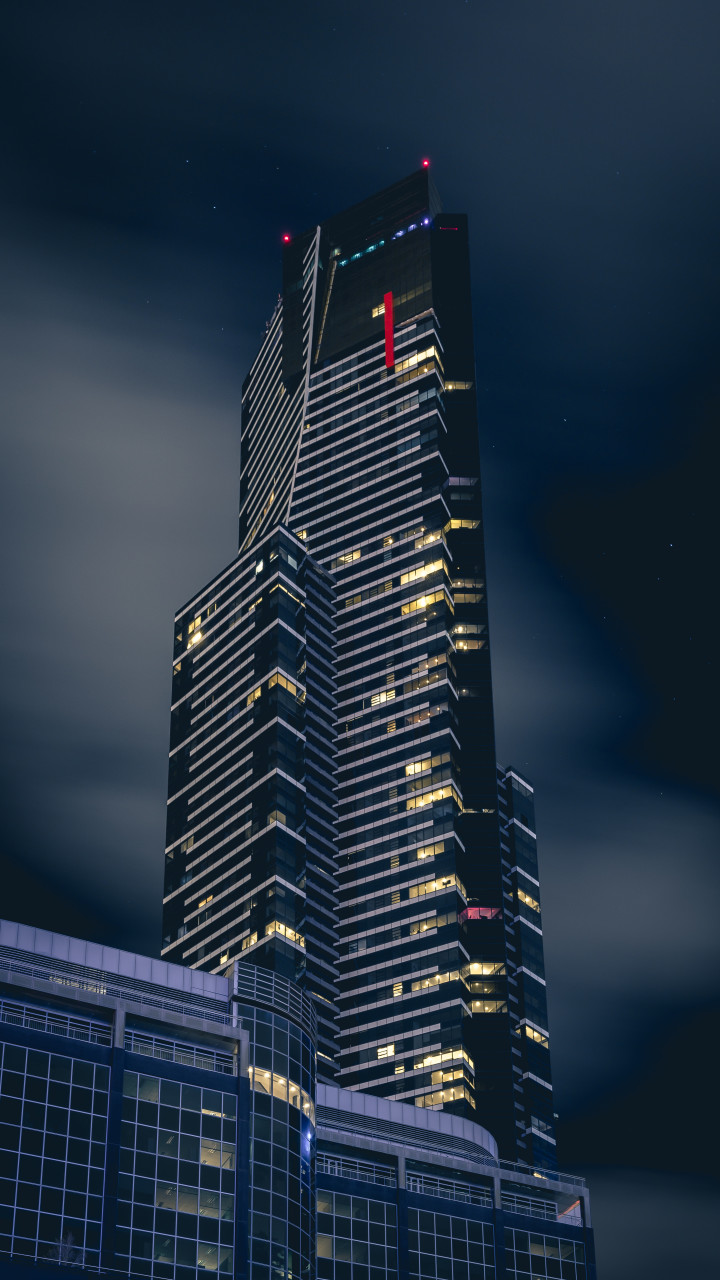 Camera shake is a result that comes about from using a shutter speed that is inadequate for the amount of movement the camera is experiencing, and is evident even in stationary elements of the photo. It is the slight or significant loss of clarity and sharpness in an image. Sometimes this is tolerable, sometimes we need to use different techniques to combat this. 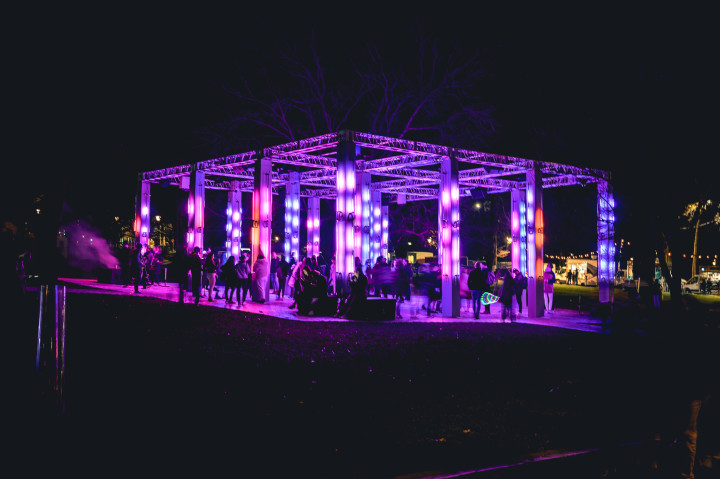 This image shows camera shake in the pillars, lines aren't entirely straight and there is a loss of clarity among the running beams along the top of the structure. This was a 1 second hand held exposure, had a tripod been used, the structure would've been impacted less, if at all. White Night Melbourne - 2019

A general rule of thumb when shooting hand-held is to not use a shutter speed lower than double your focal length to attempt to minimise the impact. Longer focal lengths require less significant movement to notice a shake in the final image. So if our focal length is 200mm it is recommended to shoot at 1/400 or faster (this concept will be addressed in depth in a future article). But what do we do if we need to shoot on a lower shutter speed, and don't want camera shake. There are three initial options, but these options may not always be adequate:

Motion blur isn’t always a bad thing though, there is a lot of creative liberty with being able to use a long shutter speed for photos. If every photo needed to be pin sharp and a perfect conveyance of stop time, we wouldn't be graced with beautiful long exposure images of city scapes, or bodies of moving water/waterfalls for example. 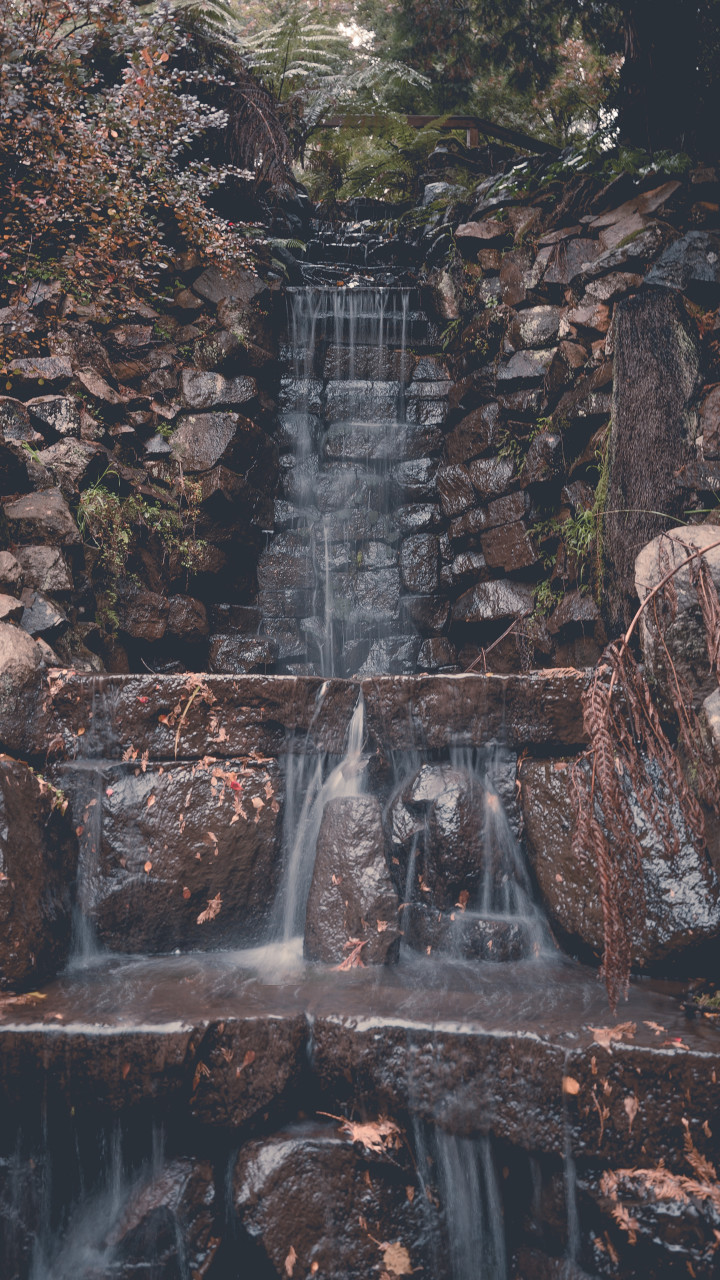 Upon searching for a photo to adequately display creative uses of long exposure photography, I have realised I need to get out and shoot more long exposure shots. Alfred Gardens - Victoria - 24mm ƒ8 1/1.5 ISO 100

Sometimes motion blur is a favourable aspect in certain photos, such as bands with high energy music, seeing a drummer with their arms slightly blurred from the motion, but the body of the drummer themselves as a solid object helps describe and convey the message that this photograph has character, it is a photo of someone performing. 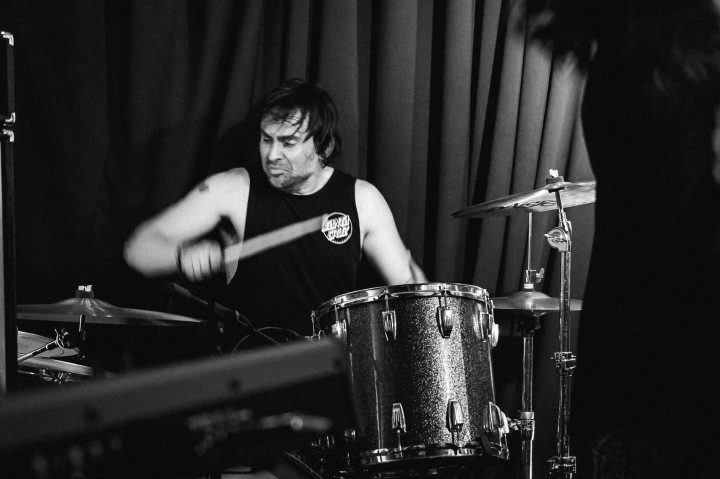 Longer shutter speeds will allow more light in, but can in turn show movement in an image, remembering that most the time, we want to freeze a moment of light or time. Increasing the time a shutter is open will sometimes show an image with a “dragging” sense, where it looks like parts of the image are blurry or mid movement. On the other end of the scale, a shorter duration, or faster shutter speed, will capture light for a shorter duration, letting less light reach the sensor.

Once again, thanks for stopping by! - J