Your Vegan Cat is Dying

by Ziva Lane 28 days ago in pet food 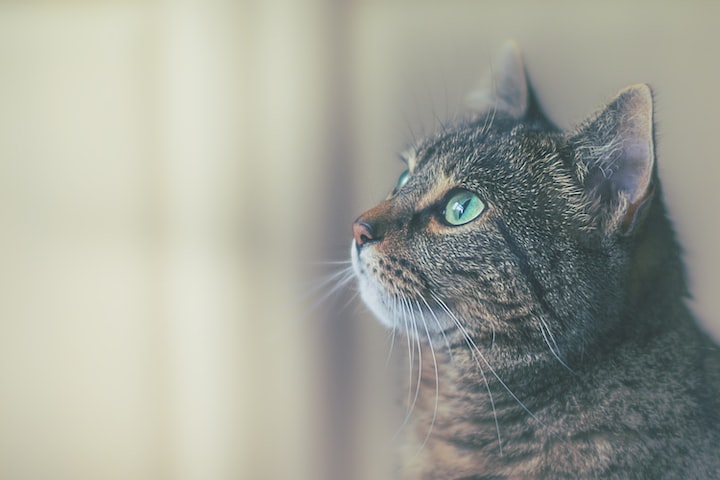 Photo by James Sutton on Unsplash

While mindlessly scrolling through my phone in a coffee shop, I overheard a conversation between two teenage girls discussing the best vegan protein food for their cats. I shamelessly overheard the entire conversation but before I could recover from an absolute shock, they paid the bill and left.

Veganism started with the idea of creating a positive impact on the planet. However, in recent times vegans have been forcing their pets to follow the same. Right off the bat, I want to get it out there that I'm not generalizing vegans. However, there are some toxic people who will go to the extent of doing anything to preserve the ideology, even if it kills their pet.

Cats are carnivores despite them consuming some omnivorous foods. If you let them outside, their primary instinct would be to hunt birds, squirrels, chipmunks, or rabbits. All they know is hunting, killing, and then consuming it till there are only bones left.

According to research across the US and UK, a high protein and green free diet is essential for cats. Depriving them of meat will result in the lack of an amino acid called taurine. The biggest challenge particularly pertaining to cats is the inability to produce taurine themselves. As a result, it can only be absorbed directly from animal sources. Added to that, there is an inability to process the carbohydrates from plants.

“Cats are obligate carnivores, and they require certain amounts of amino acids to be healthy, and the lack of these can lead to health problems”- Daniella Dos Santos, President, British Veterinary Association (BVA)

If your cat is on a vegan diet, its heart muscles are likely to weaken due to becoming thin and preventing oxygen supply to the body. The condition then becomes fatal and ultimately leads to a heart attack.

As a mother of three cats, it really bothers me. I’ve invested a lot of time and research into their health and keeping them as healthy as I possibly can. It breaks my heart when pet owners put their morals and values on something that doesn’t have a choice.

When you bring a pet into your household you make an unspoken promise, that you’re going to keep it alive and safe. You’re going to take care of its health and take it to the vet whenever the need arises. It is your duty to do everything in your power to keep this creature healthy. It’s trapped with you and it trusts you with its life.

Cats aren't an easy pet. They can develop heart issues due to stress and bad diet, especially when you're feeding them the dollar store cat food. Research your pet before you think of experimenting with it.

Your argument of feeding your pet vegan food just because it is on the market shelves is clearly illogical. It is extremely hypocritical when you don't support the meat industry but your own animal is suffering. You're no better.

Nutritional science has proved that only humans can benefit from a vegan diet simply because of the way our digestive systems are designed to function. Carnivores have canines that help in tearing off the flesh of their prey as compared to herbivore animals.

A simple and the only solution to the argument about climate change caused by the meat and dairy industry lies in the same logic — humans must stop using animals for their greed. We must realize that we have a choice, unlike carnivores whose entire life depends on consuming meat.

These poor domesticated animals are voiceless. If you're still hellbent on a vegan pet, go get a bunny instead!

See all posts by Ziva Lane →

Something Complicated
3 months ago