by Jenna Deedy 7 months ago in wild animals
Report Story

A rural fishing town might see an animal rights group open its first pen-based facility for aquarium-housed beluga and orca whales soon. While it might serve as a “victory” for anti-zoo groups, it raises concerns among some in the conservation and research community. 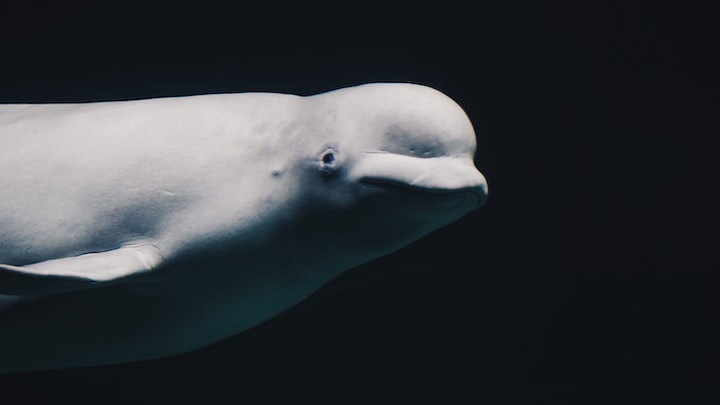 On October 29th, 2021, the anti-zoo group known as “The Whale Sanctuary Project” (WSP) announced the opening of its visitor center in Sherbrooke, Nova Scotia. The group claims the public wants to see zoo and aquarium-housed cetaceans live in sea pen-based “sanctuaries” rather than in pool-based inland facilities or in lagoon facilities not operating under a donation/tax-payer income model. The visitor center is a small in-house exhibit containing anti-zoo propaganda that discourages people from visiting modern zoos and aquariums that display cetaceans (The Canadian Press, 2021).

If all goes as planned, the construction of a netted underwater pen, designed to house eight beluga whales, could be built in Port Hilford, Nova Scotia next year. Despite support by both animal rights groups and the public, there are leaders in the conservation and research community that have concerns.

facilities could be a recipe for disaster. If the animals swim to U.S. waters that would represent a violation of the Marine Mammal Protection Act The pen WSP wants to build is located in a coastal bay that has experienced two tropical storms in the last two years (The Canadian Press, 2021). While the site may be in a cove that’s protected from further damage that storms can inflict on coastal areas, the netting could still face some potential damage. Even in a location that is safe from most elemental harm, storms can easily damage netting unless the type of netting used is non-breakaway (Loro Parque, 86, 2020). Dr. Jason Bruck, a marine mammal scientist and Assistant Professor of Biology at Stephen F. Austin State University points out, “The type of netting that would be resistant to environmental wear and tear could also prove fatal to cetaceans enclosed by it. You want some breakaway capability so the animals under your care don’t get tangled and drown in it.”

The integrity of submerged structures must be checked daily to ensure the mooring, buoys, the nets, and other structures are capable of resisting powerful forces that are produced by strong tide currents, high waves, and storm surges (Loro Parque, 86, 2020). For the pen to stay intact, daily cleaning procedures must be put in place, as the fouling of marine algae and marine invertebrate could clog up the netting to the point of irreversible damage.

If a storm were to cause damage to the nets, chances are, the animals could accidentally escape and it could take days, plus a large amount of money to search and move the animals back to the pen. Having animals, especially those born under human care, accidently released to the wild can also have ramifications for wild animals. Animals under human care have a different immune profile than those in the wild (Fair et al., 2017).

Therefore, animals under human care are resistant to different diseases than their wild counterparts. Having animals ill-equipped to survive on their own, out in the wild, without the training or support typical of animals in sea pens at more established facilities, as captive releases, especially involving animals born under human care are heavily scrutinized by the National Oceanographic and Atmospheric Association (NOAA) and the Marine Mammal Commission (MMC). Animal Activist Ric O’Barry famously fell afoul of these provisions during an illegal release of two animals Buck and Luther, from the Sugarloaf sanctuary established in Florida.

It may seem counterintuitive but sea pens are actually one of the more expensive ways to house cetaceans. The only orca to experience long-term sea pen exposure was Keiko to the tune of about 300,000 dollars a month (for one whale). Dr. Naomi Rose, who is an activist proponent of this idea estimates the cost at 5 million per enclosure and 1/2 a million a year per enclosure for upkeep. This doesn’t count food, healthcare, movement costs as well as salaries for leadership, which in the case of the WSP are higher than you might expect, and take up a large chunk of their current operating budget. According to 2020 Tax filings, WSP Executive Director Charles Vinick made $166,667 and WSP President Dr. Lori Marino made $80,000. For a charity with an operating budget hovering around $1 million, the salaries for these two represent about ¼ of the entire operating budget for the facility and 53% of the WSP’s yearly revenue in 2020. “Given what we know about the dangers of fishing-line entanglement in whales and the cost of 300,000 of these animals every year, according to NOAA estimates, I think there are better ways for well-meaning people to support whales and dolphins”, commented Bruck, whose own research focuses on passive health assessment of wild dolphins. Bruck adds, “Dr. Marino has suggested that her sea pen could be used as a venue for scientists to do research, however, we already have that with facilities like Dolphin Quest, Dolphin Research Center, Mystic Aquarium, and SeaWorld, amongst many others. So I’m not exactly sure what the value of the WSP is regarding cetacean conservation. I think this is probably a distraction, competing for resources that should go into developing new technologies like specialized drones and new breakable fishing line that helps save animals like the critically endangered North Atlantic right whale.”

With regard to killer whales and bottlenose dolphins data suggests that these animals under human care may live as long or longer than their wild counterparts (Jaakkola & Willis, 2019; Robeck et al., 2015). While the data are less complete for belugas, activists will cite stress (Marino et al., 2019) and neuroscience data (Jacobs et al., 2021) in other animals as evidence for poor wellbeing in cetaceans under human care. Unfortunately, these findings are not supported by data in cetaceans themselves and multiple research teams have called this line of research into question (Dudzinski et al., 2020; Jaakkola et al., 2020). Furthermore, A meta-analysis by Proie (2013) showed that there are no systemic differences in stress cortisol between marine mammals in zoos and those in the wild. And an independent AP report showed that over the last 10 years wild and captive killer whales have enjoyed similar lifespans. So it seems that a sea pen facility run by activists may not be the best use of limited resources as the data currently stands.

It is not at all inappropriate to want what is best for the most scrutinized whales in the world. Animals in zoos are under the constant glare of public attention, and therefore it is easy for people to opportunistically take advantage of that to garner sympathy and funding for their pet causes. However, we must resist the urge to focus on these animals at the exclusion of the silent plight of whales hopelessly tangled in our rope dying alone and unseen. Dr. Michael Moore, famed Woods Hole Oceanographic Institute marine mammal scientist and veterinarian, recounts a talk he gave to fellow scientists in his latest book We Are All Whalers: The Plight of Whales and Our Responsibility:

“I realized that the trauma that I was describing was unseen by most people in the audience, and around the world. They needed to understand the story of the animals and how they suffered, and what we should do so they would suffer at our hands no more.”

It is time we stop projecting suffering on animals that have teams of veterinarians and animal care specialists, just because these are the animals we can see, and start confronting the actual suffering of the thousands of whales that die horribly every year because of our actions as consumers. Real change for whales will not come from donating to WSP or boycotting SeaWorld, it will come from prioritizing the real threats to whales and looking at our own accountability. It is time for the #Blackfish distraction to come to an end.