The Watcher in the Window 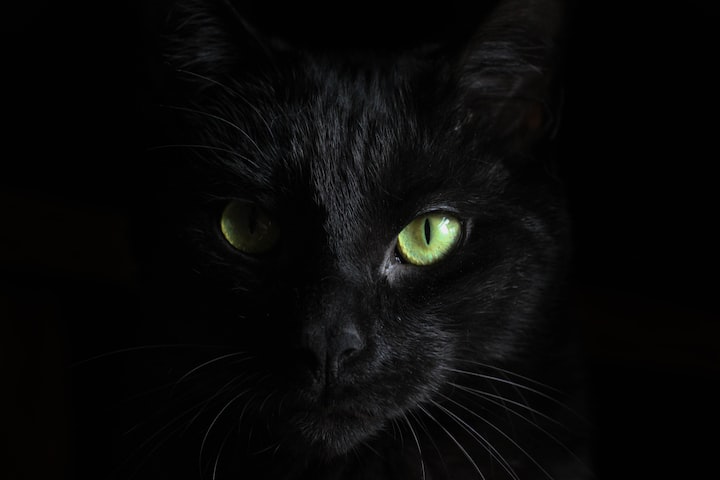 Photo by Hannah Troupe on Unsplash

The outside world was unknown to her, but she could see a glimpse of it through the window in his room. Statuesque in her concentration, she gazed out it longingly, concentrating momentarily on the flies ticking and buzzing against the glass of her prison.

Perching on the sill, her mask of indifference perfectly crafted, she wondered what it might be like to be a part of it all; to feel the grass between her toes, the wind rustle her hair. She dreamed of what the lilacs creeping up from the neighboring fence smelled like and how loud the buzzing of the bees hovering around the rose bushes might be without the muting of the glass.

All of it beautiful, all of it serene, and all of it denied to her time and again.

She blinked slowly, carefully clinging to the expressionless stoicism she'd painstakingly woven with time and practice. It did not serve to let her jailer know her thoughts, her mind. She would never give him the satisfaction. After all, prison was simply a waiting game, and one she intended to win in the long run.

However, try as she might, she couldn't deny that this prison, too, had it's comforts. She was fed and watered. She had a bed to sleep on and her basic needs met; one would expect nothing less in a humane holding cell. But it didn't stop her from dreaming of the outside world, of longing for a freedom that could only be satisfied by grasping what hovered just outside of her reach.

Glancing down, she shifted her gaze to the confines of the fenced yard surrounding her prison, careful to contain the contempt that bubbled beneath her trained expression as she watched her cellmates frolic through the grass. The biggest insult of all. As if her confinement wasn't punishment enough, she wasn't even granted the same privileges as the other two morons that shared her fate. And worse still, neither seemed to fully grasp the endless possibilities that came with access to the world outside the window. The big, brawny oaf, more bear than anything else, simply lounged in the sun, a dumb smile on his face. Meanwhile, the stocky short one simply stood at the fence and howled, whether expressing some sort of lament or simply vocalizing the emptiness ringing in his skull, she did not know.

Envy would sow no seeds, she knew, but she couldn't help her thoughts from souring. Had they bribed the warden? Her attempts at currying favor had never succeeded in opening the door, no matter how sweetly she acted. Surely, she offered more than the slobbering fools? That they were granted the privilege and not her only revealed the true extent of the corruption she found herself imprisoned in.

But of all the injustice inflicted upon her, at least she had access to the upstairs window. From her vantage, she could see the wider world beyond the confines of the wooden planks. She could watch, she could learn, and she could dream.

A familiar rattle instantly drew her attention away from the window as the warden emerged bearing the bag she knew all too well. Grinning foolishly, he rattled it again, then opened the seam to release the intoxicating aroma of salmon.

Dedicated to my own Watcher in the Window and her two brothers.

Although writing professionally for a few years now, fantasy has always been Kelly's passion. The greater the world building, the better to get lost in. Here's the hoping you'll want to get lost in her worlds, too.

More stories from Kelly Robertson and writers in Petlife and other communities.