The Life and Death of Animals Equals

by D. E. Remington 2 years ago in humanity
Report Story 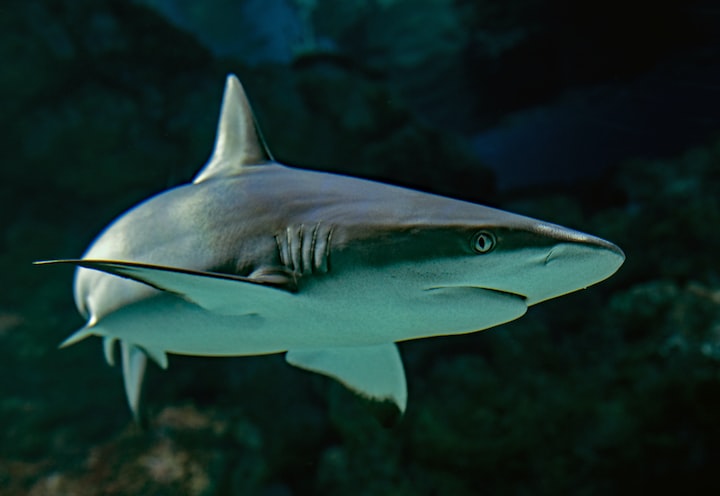 The mythology of our ancestors has always shown us the consistent presence of animals throughout these cultures. However, their roles and relationships to humans change as society is developed, moving from hunter-gatherer communities to villages with farms. As this happens, the people of these cultures begin to separate themselves from animals. Animals lose their importance and become seen as “other”. The development of villages throughout these various cultures lead to humans seeing themselves as god-like in comparison to animals.

A fundamental aspect of Hunter and Gatherer myths is the presence of animals as the characters of these myths. Personified animals that these people were interacting with on a daily basis. People were living in the same conditions as the animals, blurring the lines that separate us from them. Hunter and Gatherer cultures viewed animals the same way we view race. They look different, but are the same as us. This can be seen in myths such as “Gikon//amdima, the jackal, and the deep spring”. The animals in this story are taking part in activities that these people did, such as picking n-ah and working together as a collective. Humans of the time also were having to scrounge for food, barely able to get enough to survive on. Because of this, all efforts were focused on the practice of hunting and gathering, and keeping the population alive. They did not have time for “frivolous” activities. Once farms were introduced, these people were able to develop a more stable community, eventually becoming what we would call a society. There was time to think about things other than survival. This unlocked a new world of creativity, leading people to create things that their animal counterparts could not do. This is where the God Complex comes in to play. Because people were finally able to do more than just get food, the separation between animal and human grew. People began to see animals as lesser than, because they did not have the intricate aspects that were being developed in human society. Humans could do more, they had be abilities, more power. They were more powerful than animals. Animals were not as intelligent as humans, they did not have farms or granaries, they could not comprehend the creation of music, they did not have a hierarchy. They were not as good as humans. We start to really get an idea for the God Complex humans developed when we look at stories such as “Conversations with Ogotemmelli”. The creation myth involving the granary gives a mystical and magical power to a man made invention, as if it was one of God’s creations. We see something similar in the story of “Hambodedio and Saigilare”, where a top hierarchical figure demands a lute player to perform only for him, as he is obsessed with the beauty and the power that radiates from the sound of the instrument, something animals did not have. Humans put their own hierarchy on species, something we often refer to as the food chain when discussing our power over animals.

This type of disrespect towards animals has only increased as we have developed more and more as a society. With the introduction of harmful practices such as driving gas powered vehicles, destroying habitats to build more cities, and fishing in mass quantities that has hit the oceanic ecosystem hard, we are the beings responsible for killing off our fellow creatures. A practice that I personally am disgusted by is the shark finning industry. Shark finning refers to the removal and retention of shark fins, and then the dumping of the carcass at sea. However, the shark is most often still alive when it is tossed back into the water. Unable to swim, the shark slowly sinks toward the bottom where it is eaten alive by other fish. Any shark is taken-regardless of age, size, or species. Shark finning is widespread, and largely unmanaged and unmonitored. One pound of dried shark fin can retail for $300 or more. It’s a multi-billion dollar industry. Shark specialists estimate that 100 million sharks are killed for their fins, annually. This has lead to many shark species becoming endangered, and, according to shark experts, most species of sharks will be lost in the next decade because of this practice. The thing is, many people do not care about this issue. This is because 1) there is this stigma against sharks that they are mindless predators that eat and kill indiscriminately, and 2) most people are not around sharks enough to see the effect this has on the ocean and their species. The movie ​Jaws ​is often cited as the biggest reason for shark fear/hatred in the United States, and it is because of the portrayal of the shark. It is shown as an evil killing machine, something that needs to be stopped, and can only be stopped by killing it. In reality, sharks are incredibly intelligent. Shark attacks are few and far between, with the total number of reported attacks being 130 internationally, 66 of which were unprovoked. 4 of those unprovoked incidents were fatal. These sharks do not look to humans as food. Often, a shark attack will be a one-and-done sort of deal. Sharks will see something in the water that they do not recognize, bite it to see if it is food, and when they do not recognize the taste, they will spit it out. The bite is their only way of testing food, as they do not have any other way to grab onto something. Sharks do not attack humans maliciously. They are simply trying to survive. Humans kill more sharks every year than sharks kill humans. It is this lack of education, understanding, and respect towards sharks that are causing them to become endangered. We, as a species, do not care about these creatures because we see them as lesser than in every sense. All they care about is food and killing, in our minds, hence why we do not care if they die. They are not our equals. They are savages to be looked down on. They do not deserve the respect that we show other humans, and the fact that so many of us think this way is leading to their extinction. These amazing creatures deserve to be here as much as we do. WE are the indiscriminate killers. WE are the most terrifying thing in the ocean.

Just as we kill sharks in such a cruel way so we can eat their fins in soup, we mame and kill snakes for their skin. Snakes, much like sharks, are feared by humans. Some are fearful for religious reasons, others are scared because of how deadly they can be, and some are just freaked out by the presence of such a strange animal, as they are some of the most flexible creatures on the planet. It can be disarming to come face-to-face with one, however, they are mostly harmless. Snakes do not want to interact with humans, and can avoid doing so by registering vibrations using their bellies and lower jaws. When a large enough creature is approaching, they will hide, avoiding contact for fear of being outmatched. This is why snake hunters often must invade their homes in order to find them. Snakes mostly live underground, so hunters will dig up their burrows, ripping them from safety. Some hunters will crush their skulls, killing them. Others will nail them to trees, and skin them while still alive, then tossing them into a pile to die from their wounds. These snakes can suffer for days in this condition before succumbing to dehydration or shock. These are the same animals that were revered by hunter/gatherer tribes, being seen as elegant and beautiful. A snake was the beautiful Gikon//amdima in the story of the deep spring, and her death was portrayed as a tragedy. Now, snakes are being skinned and tossed, just so their skin can be worn as shoes. The thing is, there is a way for people to get snake skin products without killing snakes: use faux skin. Faux snake skin looks just as good as snake skin, and can be customized to achieve specific patterns. There is no need for snakes to be mercilessly slaughtered for their skin. So, who does this keep happening? Well, for the same reasons fox fur and leather are still being harvested. People want the real thing. They want an ego boost wearing the skin of another creature, even if they were not the ones who killed it. It is like a hunter putting a deer head on his wall. It is a trophy, a sign of a human’s power over animals. It is proof that we are at the top of the food chain. We went from a time where no part of the animal that was killed was wasted or taken for granted, to killing for bits and pieces, leaving animals to suffer and go extinct. We do not care about animals anymore, not like we did before.

There are hundreds of thousands of animals on the verge of extinction because of humans, but there are also plenty that have already gone extinct thanks to us. West African Black Rhinos were reported extinct in 2011, due to extensive poaching for their horns. The pyrenean ibex was hunted to extinction by 2000. The last Passenger Pigeon, named “Martha”, died at the Cincinnati Zoo after her species had been cleared out by farmers whose crops were being eaten by the birds. The Carribean Monk Seal was prized for its meat, fur, and oil, and hunted to extinction by fisherman. Hunting and loss of forest habitat lead to the Javan Tiger being declared extinct in 1976. These are just a few of the animals that have gone extinct due to humans taking over habitats and killing off species for their own gain. We do not care about the lives of what we deem are the lesser than. Around 1 million species of animals are endangered due to our behavior, whether it be pollution, hunting, deforestation, taking over habitats, etc. According to studies done by environmental scientists, extinction is happening 1,000 times faster because of humans. Is it really so impossible for us to see animals for what they are, living and empathetic creatures whose homes and families we are actively destroying everyday? If this were happening to humans, it would be considered genocide. We have to ask ourselves, why is it so different when it is animals involved, not humans?

Humans have become inherently corrupt beings, hurting each other and torturing animals out of pure malice. We have lost respect for our fellow creatures of the earth, so much so that we have become the main cause for extinction. We cut the fins of sharks and let them suffocate in the ocean because we want some soup. We kill rhinos and elephants because we want their horns and tusks for jewelry. We treat animals as commodities rather than living, feeling beings, all because we live in houses and do not have to fight for our survival, and they do. Us humans created power, and then became power hungry. We lost respect for our fellow creatures, and now we are their biggest predator.

More stories from D. E. Remington and writers in Petlife and other communities.