The Day in the Life of Sooty the Cat 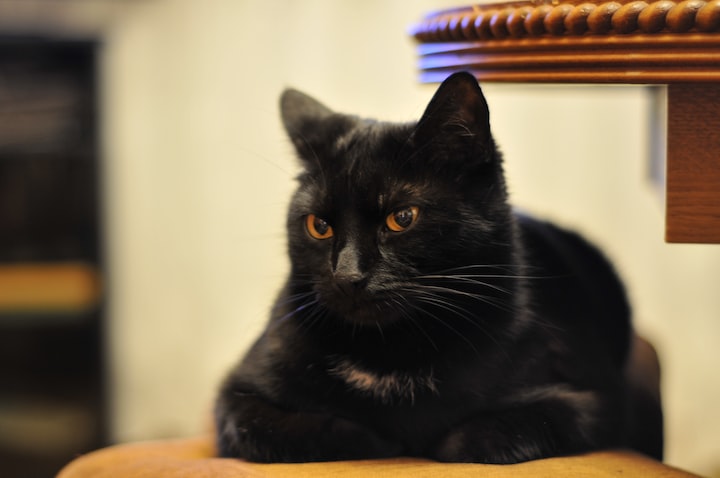 Photo by Michal Czyz on Unsplash

It was fairly safe to say that Sooty was a cat full of character. He spent his life defying the stereotype of a stubborn, hate-filled creature. Don't get me wrong, he was indeed a cat who often showed his disdain for myself and my family, yet he could never help himself from flouncing into our rooms demanding attention and love.

Sooty’s more prominent moments of amazing character were the times we’d go on holiday. He was always cared for by our granddad, so was never left alone for the week we’d be home. Yet, every time we came back he’d meow his little heart out and just glare at us, indignant that we had left him.

Then came the time where we arrived home to find him waiting calmly in the living room. He acknowledged our arrival and continued to sleep. We were confused, why wasn’t he kicking up a fuss like he used to. This got me thinking, what had happened in the week for him to remain so calm?

It had merely been an hour of being home before we found Sooty's room in a state of absolute filth. Things that had been on the side had been pushed to the floor, there were grubby pawprints across the floor and on the walls, and tuna had been thrown around the room. The odd thing was, Sooty didn't like tuna or even tuna flavoured food.

Looking back at our still calm cat we couldn't see any sign of him having eaten or even touched the tuna. His paws seemed as clean as they normally were. We looked again at the paw prints, thinking they looked my like something else other than our own cat. Having spoken to Granddad, he said there had been no other animal there.

The next suspicious find came in the form of a hairball. It had been tucked away in the corner of another room, away from Sooty's abode. Disgusted, my mother had a go at our cat, something we always found amusing, especially when she got nothing in return other than a stoic response. I found this to be rather odd behaviour as Sooty never seemed to cause such a mess in the house, normally leaving these sort of things outside.

Then more seemed to appear, whether they were furballs that had been hocked up or just founds of scratched off fur. It started to really confuse me when the fur wasn't black like Sooty, but instead grey and white. Sooty himself had even changed, going from aloof to calm and loving, always wanting out attention when we were home.

They call it "puppy" love

Weeks had passed and none of us could understand what had caused Sooty's personality change. That was until we all came home one day to find my young sister eager to tell us all what she had discovered. Full of excitement she forced us all out into the garden and up the path towards the shed. She told us to be silent and then eased the door open. We peered into the gloom of the old shed, seeing nothing at first. Then came a very soft mewing from inside.

We looked further in and found something that made my sister let out a loud squeal of joy. There, in a pile of blankets, was Sooty and a fluffy white and grey cat. Between them was a litter of small kittens, nuzzling against their loving parents.

So, now rather than one cat, we now have a whole litter. We haven't yet decided what we're going to do with them all, neither of us has the heart to pull them away from each other, especially when Sooty continues to give us such love and affection. Our bachelor of a cat has now become a wonderful father.

A lover of writing with a tonne of thoughts and opinions stuck in his head. Lets see what comes out!

More stories from Joe Harris and writers in Petlife and other communities.