The cat and nine lives

by Valerie Daniel about a year ago in cat
Report Story 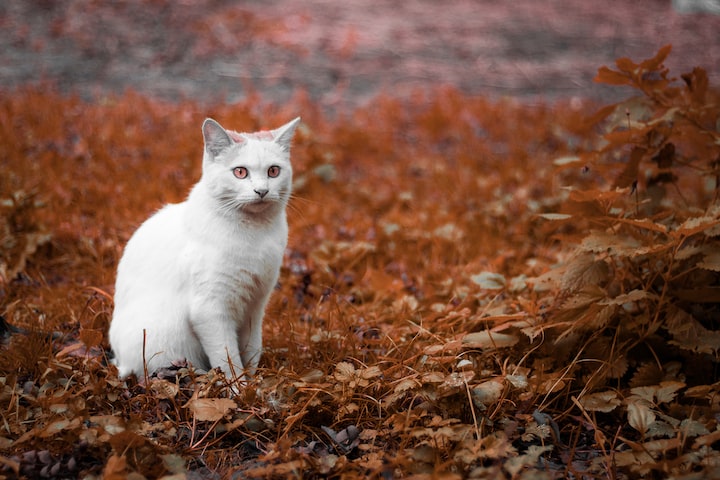 Photo by Xenia Bogarova on Unsplash

I haven’t thought about this cat in such a long time. I think I was eight or maybe ten, but a stray cat ended up at the house. This wasn’t the first time. Back then there we’re no animals in the house, no dogs, no cats, no birds, so often time stray animals or even animals that jumped the gate to go for a walk only to return home would drop themselves off. It’s always been a friendly home and none of them had ever been a threat to myself or family. It may have helped though that my grandfather and father both taught me how to respect animals at a young age. So, by the time I was eight I knew how to treat one and what to do if it was a threat to me.

Anyway, this cat was strange, but I supposed in a sense I did love it.

I thought he was awesome. This cat was the best thing in the world as far as 8-year-old me was concern. I named him Snowball. I think I name him after Snowball from Stuart Little, which to me had been my most watch movie. The name fitted the cat too. He was white, but not as much fur. His eyes are what I recall the most, green and blue.

He was a friendly cat for a stray. He walked up to the home and made himself known. Due, to how young I was I couldn’t remember how I ended up knowing this cat. I just knew that this cat was here with me.

Not the first time a couple of years before this we did end up taking in a dog whom made herself at home she sadly passed away of old age.

I didn’t know how to handle cats. My family didn’t like them my grandfather used to have a farm before I had been born so, a lot of wild cats would attack his chickens or harm his animals. The idea of not liking them likely occurred because of that experience, but Snowball was different.

Snowball walked into our home and he must’ve changed my father mind about them because he allowed the cat to do as he pleased. Snowball was a well-trained cat. He wouldn’t leave his mark all over the house, or tear anything up, but he did jump on the kitchen bench whenever food was near, he meow loudly and rubbed himself on you as you tried to cook.

He was always kind and patience, but I think something happened to Snowball because one day out of the blue he, attack me. I greeted him at the door, but I think I must’ve gotten too close to him that day because he, attack me. He didn’t leave a mark on my hand, but he hissed and swipe. He had never done that before. This was a cat who was used to me patting him and given him food and I’ve patted him before, so this was indeed out of the blue. I didn’t scream or cry. I just went back inside and watch him from the door. He left then. The only thing I remembered after that was my father telling me this.

“Something must’ve happened to the cat.”

He’s told me stories before about people not treating them right, about people who would drown cats alive, or try to run them over on the road when spotted.

I never saw that cat again. That was the last time I ever saw Snowball the white cat with green and blue eyes.

A year later though, my mother ended up getting me a cat. He was orange with white chest, and white paws and everybody in the family loved him and I mean everybody.

He was a spoiler little Prince. Even my grandfather the same one I mentioned before who hated cats ended up loving him, allowing him to sleep on his lap. Everybody had comment on this an Aunt even said she thought the day would never happen when my grandfather had a cat on his lap and she was a cat breeder.

Off course my Aunt being a cat breeder did not approve of the cat. It wasn't a pure blood and she said some not nice things about him. Let’s just say I’ll never forgot about what she said that day because as far as I saw he was my cat and I loved him. Off, course I had to look after him. I feed, water him change the kitty litter.

Here the thing though I never asked for the cat. My mother stopped me one day when I was walking home from school holding him in her arms. He sadly passed away though of old age and will time fly’s by.

I’m now 22. I’ve had animals here and there, ducks, hens, dogs, but never another cat. Mainly because of two dogs and will I know it’s possible, but I do know my dogs well and they would never get along with a cat. Instead I ended up with two parrots. My mother ended up buying them for me for my birthday it was an odd gift, but there well looked after spoiled anyone would tell you, but here the thing one of them his first word had been Valerie. Yeah, my name.

My name isn’t a common name like Hunter or Ashly, so less people would know about it and it’s not mention that much even less in a small town. My family don’t call me by my name either we seem to be able to speak to one another without mentioning our names in every sentence, but will he’s different.

It’s why I’m taking to you about this cat. I had not thought of either cat in such a long time. Snowball had been lost in my memory for some time until the parrot started to chant my name for fun. It just made me thinking, maybe Snowball came back twice first as the orange cat and now the parrot. My mother did say that one of them wasn’t meant to be brought they just few towards her. So, who knows maybe it’s just a trip down memory lane, or maybe an old friend came back.

Either way, I'm sorry Snowball maybe I should've followed you that day.

More stories from Valerie Daniel and writers in Petlife and other communities.