Scotland has been trying to restore its forests since the 1960s and continues to this day. 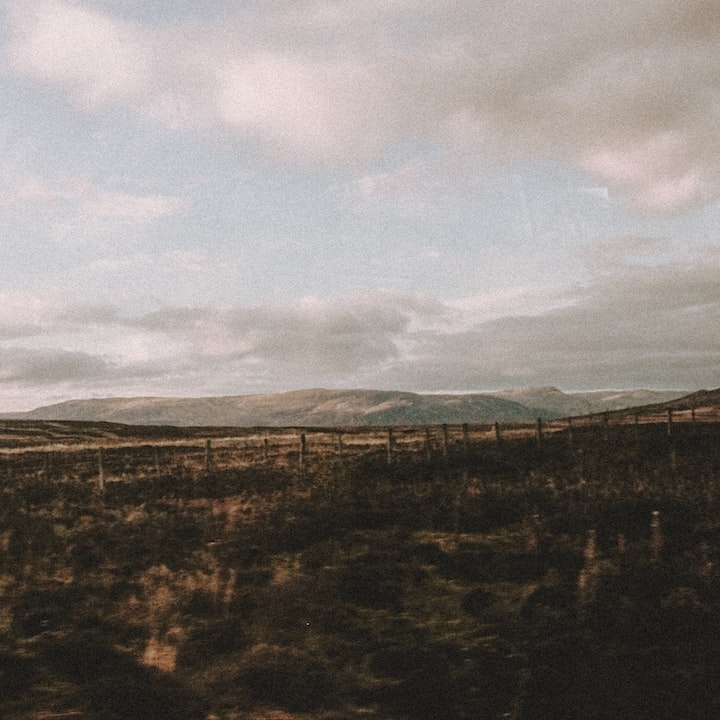 Photo by Mathias Reding on Unsplash

The Scottish Highlands’ ancient forests formed around 11,500 years ago during the last ice age. Around that time, the glaciers were retreading because of a warming climate, which saw the rise of shrubs like dwarf birch, willows, and junipers and trees like hazel, aspen, birch, and pine. Before long, the animals, plants, and fungi reclaimed the land that was gripped by ice for thousands of years. This was because Britain was still attached to the rest of the European continent, meaning both the English Channel and the North Sea still had yet to exist.

By 6,000 years ago, the woodlands expanded and wildlife flourished in an endless sea of trees, heath, grassland, scrub, and bog. The ancient forests became home to a diverse ecosystem comprising lynx, red deer, wolves, the giant wild cattle called “aurochs”, wild boar, bears, salmon, elk, and beaver. The forests were also home to many species of birds, too as well as many tree species such as Scots pine, aspen, birch, oak, rowan, holly, willow, and alder.

Then, around 5,000 years ago, Neolithic farmers arrived in the Highlands. They would burn down parts of the forest to create new grazing areas for their cattle, sheep, and goats. This would affect the woodlands by preventing them from being able to recolonize the burnt areas and, as the climate shifted and more people continued to cut down trees for timber, fuel, and agriculture. This would continue for centuries.

Then, in 1919, after centuries of deforestation, the British government created the Forestry Commission to prevent a timber shortage that resulted from World War I. In the 1960s, Scotland began its efforts to restore its ancient forests, starting with Glen Affric, its first nature reserve. Since then, over fifteen percent of the forests have been restored.

How Deforestation Affects The Highlands

Because of centuries of deforestation, a single patch of pinewood may be miles away from another. The animal species that are found in these little patches are vulnerable to inbreeding and a variety of disturbances. The habitat is so broken that it may have a tougher time recovering from storms, fires, and diseases.

The Highlands also saw a tremendous loss of key wildlife species that resulted in the ecosystem falling apart. For example, bears, wolves, and lynx, the top predators of the Scottish Highlands, were all hunted into extinction. For centuries, they helped keep the number of herbivores in check by allowing vegetation to regenerate. Without them, their numbers would increase to a damagingly high number. Meanwhile, the beaver, aurochs, elk, and wild boat went extinct. Every one of these animals has an important in the forest by keeping it both rich and diverse.

When a forest is stripped of its ecosystem, it changes the soil’s structure and fertility. This is because forests have better hold on to nutrients than grasslands that are overgrazed. Without trees to recolonize the area, the soil can become impoverished, and difficult for trees to grow back. This includes leaf litter from birch trees that help enrich the soil and support tree growth. These trees also draw up a huge amount of water from the ground and release it into the air through their leaves and needles. The removal of trees not only makes the soil fertile for tree growth, but has also caused the ground they rely on to become waterlogged.

What’s Being Done to Restore the Highlands?

In 1993, an organization called “Trees for Life” was founded, intending to restore wild forests in the Highlands and provide space for wildlife to thrive. They’re currently focused on forest restoration by removing deer from areas they would normally browse in to allow natural regeneration. They also plant native trees in areas where it's difficult for the process to occur on its own. In the thirty years since its founding, the organization has planted over 1.5 million trees with Glen Affric and Dundreggan having been restored. This was done by fencing deer out from grazing and allowing seedlings to grow into maturity.

At the beginning of next year, the non-profit plans to open a rewilding center on the Dundreggan Estate that will act as an education center, with several ways to get visitors engaged with the local landscape and culture, from trail hiking to planting trees and exhibits that showcase the rewilding process.

The Royal Zoological Society of Scotland is currently involved with two conservation projects that are both aimed at reintroducing native animal species back into the Highlands. The first of which is a project involving beavers. In 2009, the RZSS began the Scottish Beaver Trial by partnering with the Scottish Wildlife Trust. With support from the Forestry and Land Scotland, and NatureScot, the first beavers were successfully reintroduced into their historic range in Knapdale Forest in mid-Argyll in 2014. This marked the first time in four centuries that beavers could call Scotland home.

In another project, the RZSS served as a key partner in Scottish Wildcat Action, a national project that was aimed at saving these endangered cats from extinction. The project involved genetic research on wild cat populations and found an extent of hybridization within several wild individuals. When the paper was published in 2018, it concluded that there were only a few wild cats in Scotland that meet genetic or physical standards used to tell the differences between a pure wild cat and a hybrid.

Meanwhile, the Scottish Rewilding Alliance has called for Scotland to become the world’s first rewilding nation with the Affric Highlands Project. This campaign aims to rewild about thirty percent of the country’s land and sea by 2030 with Affric Highlands taking the large-scale nature recovery to a new level and providing new opportunities for eco-tourism.

What About the Key Wildlife Species Once Found in Scotland?

While the Eurasian beavers have been thriving in Scotland since their reintroduction in 2014, other key species have yet to receive such treatment. This is because of obstacles rewilding can face before the reintroduction of key species can be taken into consideration. For example, the Highlands see a major imbalance between huge numbers of large herbivores and overgrazed vegetation communities. While the culling of red deer plays a part in controlling the population, it does not replace the functions used by native predators such as wolves and bears. The farming of windmills also serves as another concern regarding rewilding because of the potential to create hazards for large raptors, bats, and local hydrological systems.

Currently, the “key” wildlife predator that serves as a candidate for reinstatement in the Highlands is the Eurasian Lynx. If this reintroduction is successful, then wolves and bears may soon join in. For now, the focus is on restoring the local ecosystem to a point where it can be healthy enough to allow these three predator species to undergo reintroduction.

How to Support Scotland’s Efforts