EG
by Eli Guardiola 10 months ago in bird 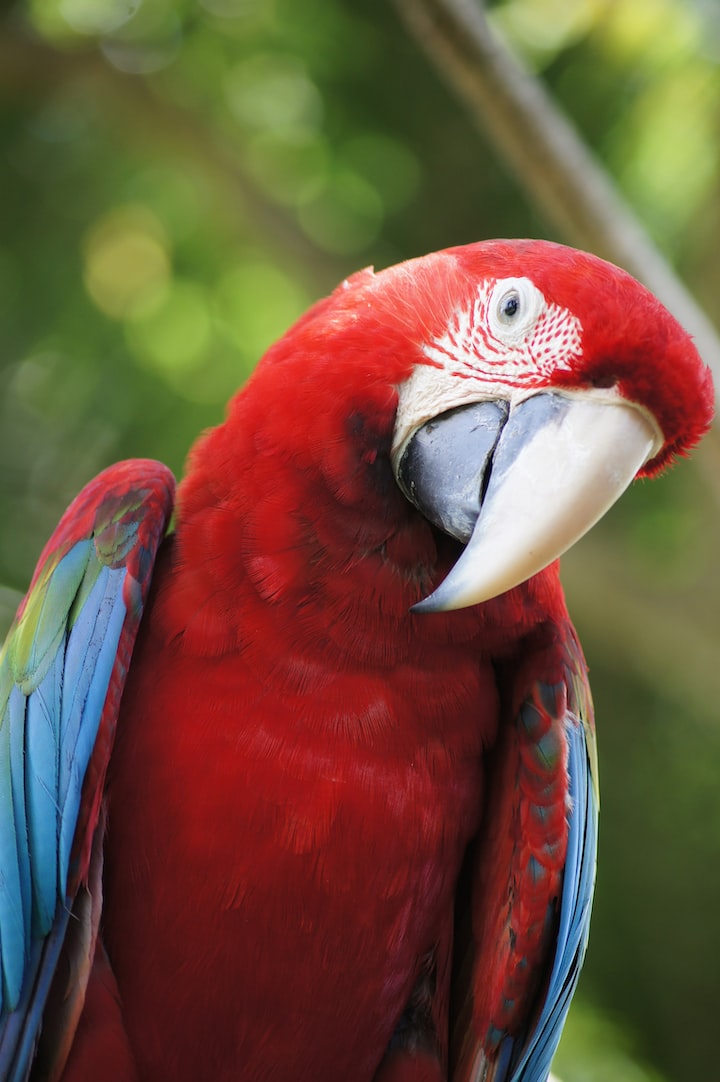 Photo by Camille Couvez on Unsplash

In 2010, Colombian police were tipped off about a suspected cartel hideout in the city of Barranquilla, Colombia. As the police prepared for this undercover raid, they had miscalculated one tiny detail when attempting to seize the criminals by surprise.

No, it was not the menacing cartel guards with full automatic weapons on watch, nor was it the treacherous cartel attack dogs that alerted the criminals. It was in Officer Oliveira's own words, "some sort of watch bird." Yes, you read that right. Go read over it again if you must, but the words will not change. The cartel had trained a parrot by the name of Lorenzo to alert them of any nearby law enforcement, thus making him a Watch Bird.

And on this early Wednesday morning Lorenzo had finally put his training to use. When the officers tried to sneakily bust down the doors Lorenzo had recognized the uniforms and squawked, "Run! Run! You're going to get caught!"

Officer Oliveira took Lorenzo into custody quoting, "Parrots like to talk and we are good listeners."

It is unknown if Lorenzo squawked on his old buddies, however Colombian police at that time had estimated 2,000 parrots had also been trained to act as look outs.

It is also unknown where Lorenzo is now, but one can only hope he cleaned his life up.

No Witnesses or so he thought...

In the early 1990s, California resident Jane Gill owned an African Gray parrot by the name of Max and no this story has nothing to do with the cartel. However, even though Jane Gill was not involved with illegal drug activities she still managed to make enemies.

On November 3rd, 1991, Jane Gill was murdered in her own bedroom within her Kenwood Mansion. She had been smothered to death.

When Max's health was finally restored authorities had said Max repeatedly screeched, "Richard, no, no, no!"

This was a lead to Gill's former housemate and business partner, Gary Rasp (aka Richard). As other evidence began to pile on Rasp's name the police finally made their arrest.

During the first trial Gary Rasp and his attorney tried to have the bird tracked down and brought in as evidence, but the judge refused to allow it. Rasp and his attorney would joke that Max was in a witness protection program. However, that was probably not to far from the truth as Max was being held in Santa Rosa pet shop until the estate was settled.

The first trial would later end in a mistrial in 1993, however after a second trial in March 1994, Gary Rasp was found guilty.

It was found that Gary Rasp had confessed his murder to his ex-fiancé, Annette Bridges. Jane Gill had been very fond of Gary Rasp and Rasp used that to his advantage as he pretended to share the same affection. Jane Gill would make Rasp her beneficiary to her life insurance worth two million dollars. This would lead to Rasp's impatience, for after waiting for far too long Rasp decided to take matters into his own hands. Rasp was convicted of murder for financial gain and was sentenced to life without the possibility of parole.

Whether it is to oversee the gates to your drug lab or to help bring your murder to justice you can always count on your trustee parrot. Or you can just get a couple of guard dogs... that works too. But I mean if you want the full pirate feel definitely go with the parrot.