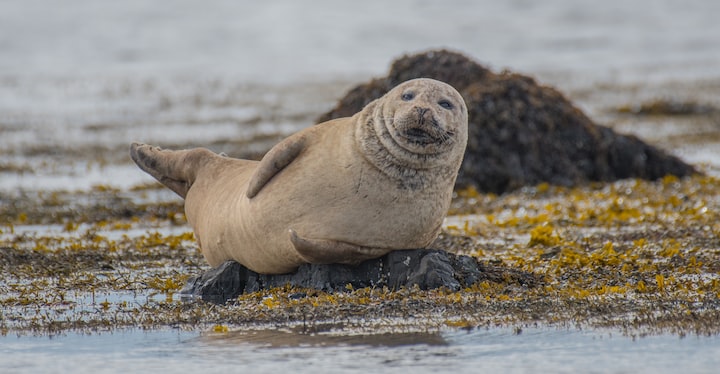 Photo by Pascal Mauerhofer on Unsplash

ORCA (Oceanic Rescue Center and Awareness), is an animal rights extremist group that claims to “create empathy, concern, and greater participation” of cetaceans and other marine wildlife issues through animal rights literature and signing of petitions and letters as forms of action. They also claim to have a rehabilitation center that is aimed at rehabilitating cetaceans. However, when I looked at their website in hopes to locate the supposed facility, I found what was actually at its given address. ORCA’s address was actually the address to two small businesses that are in San Francisco, California. One was a health consultant center, and the other was a software company. There was no sign of a wildlife rehabilitation facility being at that address.

Earlier this month, ORCA has come under fire on Twitter for making racist remarks about Native Americans. In the post, the admin insisted that Inuit subsistence hunting of harp seals, using traditional methods that have been in use for centuries, was “heinous”. In response, one user called the organization out by stating that because most tribes don’t have access to grocery stores, hunting animals in substantial numbers, just like their ancestors had for thousands of years, is their only access to gain their food source. The comment came from a retweet from an Inuit social media influencer who uses her platform to educate people about her people’s cultural practices.

In that video, which originated from the influencer’s TikTok account, she criticized Ric O’Barry’s Netflix film Seaspiracy and how it was using social media to urge its followers to sign a petition to ban seal hunts in Canada without understanding the impact that the ban would have on the Inuit people. While there is no arguing that commercial seal hunting is a major problem for Canada and other countries where the practice is legal, we should never group the Inuit into that. Due to extremely high poverty rates, high grocery store prices, and access to unhealthy food options, traditional hunting has been the only way of survival. The video also mentioned how the film’s Instagram page has allowed its fans to have racist conversations that would. These conversations make it sound like it’s “possible” for the Inuit to move, as if enough hasn’t been stolen from them (like their land). From there, she concluded that the use of social media as activism does nothing to bring positive change for both the environment and for the Inuit people who have lost their homeland to centuries of colonialism.

Dr. Lindsay Stallones Marshall, another Twitter user, also called ORCA out for making racist remarks about the Inuit people. In her response to ORCA, she told them to educate themselves about Indigenous culture instead of trying to force Indigenous people to adopt “modern” lifestyles that go against their traditional beliefs.

Shortly after ORCA got called out for the racist tweet, many users reflected on how traditional hunting is a big part of life for the Inuit and other Indigenous tribes. For example, one user by the name of “Cetology Hub” made this comment regarding the matter:

“I like whales, but I’m no whale-hugger. I respect the right of people to kill animals in a sustainable way to meet their needs. I’d never conflate subsistence hunts of bowheads with the commercial hunting of fin whales and minkes by Iceland and Norway”.

Not only after they were called out for racist and other offensive tweets, Twitter admins found that the organization violated the platform’s rules against “promoting or encouraging suicide and self-harm”. While ORCA’s Twitter page is still up and running, the user has to follow them to view their tweets.

As for its status as a non-profit rescue facility. With the website asking for donations despite not having a rescue facility at its location, that is fraud.