by Jenna Deedy 6 months ago in feature
Report Story

Trainer involved in a recent accident at Miami SeaQuarium speaks out for the first time. 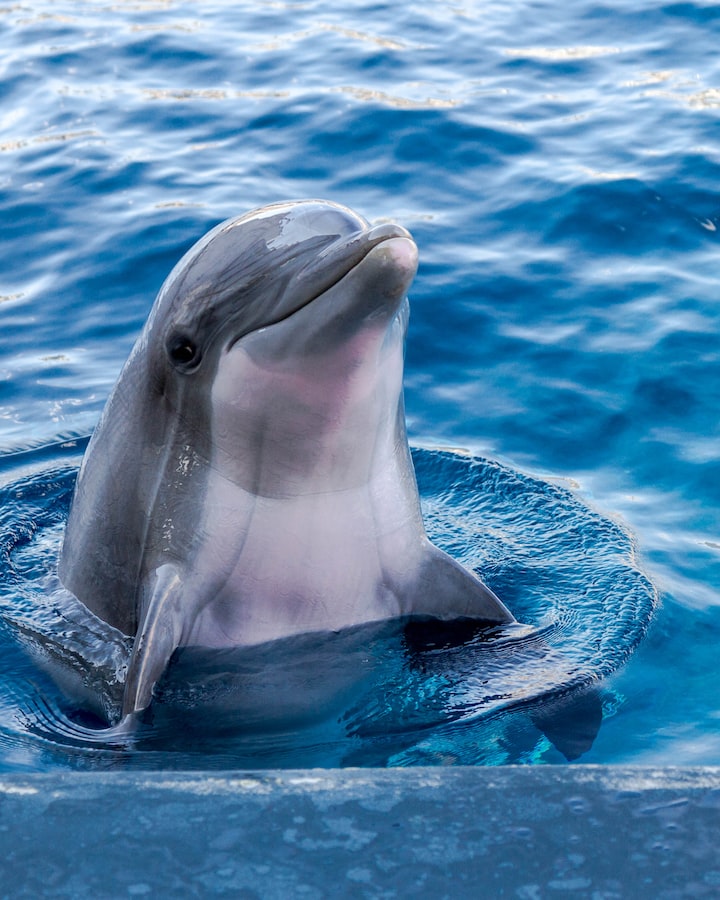 Photo by Ádám Berkecz on Unsplash

On April 9th, 2022, Ally Barry, a marine mammal trainer at Miami Seaquarium, was involved in an accident involving a dolphin under her care. During a show at the Flipper Lagoon habitat, Ms. Barry was rammed by Sundance, the dolphin she was working with, displayed an act of aggression. He did so by ramming her three times. While something has sparked Sundance to become aggressive, the media, as usual, is having a field day.

Regarding the accident, the Miami SeaQuarium released the following statement:

“While demonstrating a practiced behavior as part of the Flipper Show on April 9th, a trainer accidentally scratched the dolphin, Sundance, with her hand. This was undoubtedly painful to Sundance, who reacted by breaking away from the routine and swimming towards and striking the trainer. Both Sundance and the trainer are recovering well.”

Since the accident, Ms. Barry has released a statement regarding the accident. On her Facebook page, she writes:

First off, I am doing really well and have been taking the time to allow my body to heal.

I want to thank everyone who has reached out and wished me a speedy recovery, kept me in their prayers, or just made sure I was okay. You do not know how much it has meant to me.

Second, I really want to say thank you for all the kind words you all shared with me. All I want to do in this life is show people how amazing dolphins are, and hope that you fall in love with them just as much as I have. I also hope that these amazing animals may inspire you to help protect their wild counterparts, the ocean, and this pretty beautiful planet.

Finally, what got posted all over the world was a freak incident. I don’t blame myself, any of the trainers, or Sundance for what happened. I’m not afraid to get back in the water, nor am I afraid to work with Sundance again. Every single moment I get to work alongside those animals is a blessing and I wouldn’t change it for the world.

Thank you all again, and if you want to come be inspired by some pretty amazing animals, you know where to find me!”

As someone who has grown up in the marine mammal profession, I would like to remind everyone that Ally is human. Before you wish to pass any comment regarding the keeping of marine mammals in zoological settings, please remember you’re discussing someone who needed medical care for her accident. She knows more about what happened than the public ever will.

What zoo and aquarium professionals want is to care for their animals and they’re some of the most selfless and compassionate people you’ll ever meet in your life. These people will go to great lengths to sacrifice everything for their beloved animals. No mistake in the workplace should inflict guilt on anyone who works with animals in a zoological setting. Especially on those who work with marine mammals, such as killer whales and dolphins.

As both a camper and as an intern, I grew up working alongside people who experienced similar accidents with their animals but still continued to work with them because of the passion they still have for both the field and the animals they love more than anything (sorry for quoting Infinity War). They’ve since learned from their mistakes and saw them as a chance to be better caretakers for the animals under their care. Yet, the media continues to criticize them without understanding the risks that are involved in working with animals in a modern zoo or aquarium. It just shows the reporters who cover these stories have no animal care experience in zoological settings.

Remember, Ally was in the wrong place when Sundance was swimming around only to scratch himself on her nails. It was an accident that could happen to anyone. The reason she was in the water with him was because she had a good relationship with him. That relationship was strong enough for him to let her conduct voluntary waterwork with him. She knows the risks that are involved in doing waterworks with any marine mammal, not just cetaceans.

While everyone is entitled to their opinions, please never wish harm to zoo and aquarium professionals. You can get in trouble for that on social media.