Death at SeaWorld: The Series? 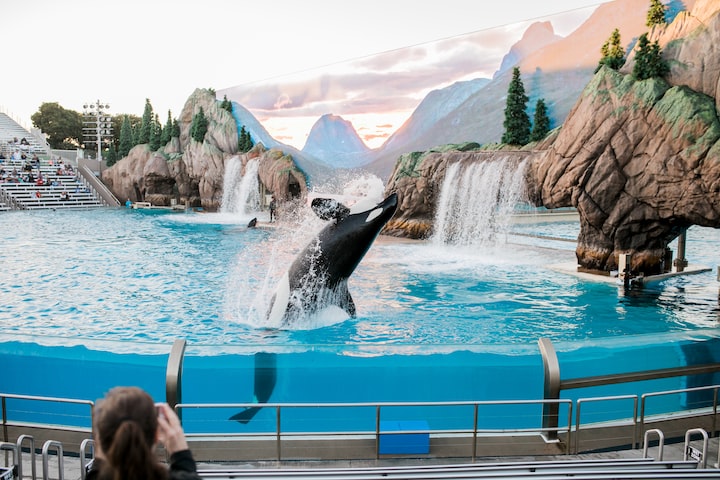 I’m writing on behalf of the zoo and aquarium community regarding an upcoming project that has been in development as a series for the last few years. They based the show in question on an anti-zoo book by David Kirby, and it’s an investigative piece that profits off the 2010 freak accident at SeaWorld Orlando. While the 10-part series is due for a 2022 release, there have been calls by both zoological professionals and patrons for streaming platforms to not distribute it for various reasons.

The first concern is regarding the legacy of Dawn Brancheau, the trainer in question. Supporters of the series claim that the show, despite being “fictional” series, would “honor” Dawn’s life by raising “awareness” about the animals who lived under her care. In reality, however, it would not be the case. Ask anyone, including myself, who knew Dawn and they’ll all tell you about how much she loved those animals and took so much pride in working with them. Like all zoo professionals, Dawn knew the risks that were involved in working with such large mammals, but it’s what kept her going during her time at SeaWorld. If she saw the animals were being abused, then Dawn probably would’ve not continued to do what she loved. She would want her legacy to be carried on positively, and not used against modern zoological facilities, which includes SeaWorld.

Another concern is the series might unrealistically portray modern facilities. Look up any reading material or YouTube video that contains anti-zoo narratives regarding marine mammals in human care, and you can tell that most of the information on how misguided most of such material is. While there is no arguing that there are bad facilities out there that require a permanent shut down or subjected to major improvements, modern facilities like SeaWorld, and Loro Parque are not among them. These narratives depict modern, western facilities as still collecting animals from the wild, mistreating those animals, and lack of conservation efforts coming out of those facilities.

The truth to the matter is, while marine mammal facilities collected animals from the wild in the ’70s and ’80s, a majority of those facilities no longer do so. Most of all animal intakes at your average facility in North America and Western Europe were born under human care, or rescued, but deemed “non-releasable” by federal government agencies. These facilities have their own rehabilitation facilities that aim to rescue and rehabilitate local marine mammals, seabirds, and sea turtles that have been sick, injured, or orphaned out in the wild. The goal with all wildlife rescue efforts is to return the animals back into their natural habitats as soon as they fully recover, but they need to be cleared by government agencies before they can release them. Besides wildlife rehabilitation, modern facilities also have educational outreach programs in which they work with local communities to take part in conservation-related activities like beach cleaning, wildlife surveys, habitat restoration projects, in-school programs, which do include virtual field trips, and programs that are aimed at helping communities reduce their use of plastic waste in daily lives. Many facilities also provide grants to conservation programs overseas, too.

As for animal welfare, that is another subject that activists love to experiment with when defending David Kirby’s work. Death at SeaWorld makes multiple claims about animal abuse when it could be about what was in place in the past comparing what’s in place now. For example, the book insists killer whales and other marine mammals being trained to perform various behaviors for the public as being “unnatural” when there are dozens of videos and photos of their wild counterparts pulling off those same behaviors that extremists claim are “unnatural”. However, the behaviors are not “forced” either. They’re all the products of years of training that are all based on mutual respect between trainer and animal. They are also voluntary as well since it is nearly impossible to force a nearly 12,000 pound mammal to perform any behavior. If the animals are not doing public training sessions, then they are doing husbandry and enrichment sessions with their trainers. As with the shows and guest interaction sessions, these sessions are both aimed at prompting animal health and ensuring their welfare in zoological settings.

The last concern I have regarding the series is its potential depiction of SeaWorld’s killer whale family. In both Kirby’s book, and in the film Blackfish, they depict killer whales who live under zoological care as man-eating animals who are “stressed” out and ready to “attack” anyone who tries to interact with them. They even insist that there had never been accidents that involved wild killer whale populations when in reality, there had been several incidents involving people and wild orcas over the years. I’m concerned over people’s reaction is going to be when they see CGI reenactments of freak accidents. They are going to think that all killer whales in human care are “insane” (they are not), and wishing to go back into the wild with their wild pods (majority of the world’s living captive killer whales were born in human care, and one animal living in Spain was a rescue from the coast of Holland). Because of such thinking, people are going to harass facilities, stalk and inflict harm on zoo and aquarium professionals and their families, or worse, break into the facilities for the sake of sabotaging animal habitats, which can endanger the lives of the resident animals. This has already happened at facilities in Switzerland and Arizona. There is no need to enable such violent behavior over an anti-zoo TV show.

I hope these concerns will be enough to give networks and streaming platforms a second thought about making David Kirby’s Death at SeaWorld series a reality. The show would not help zoo and aquarium professionals, nor would it help marine mammals in neither wild, nor in zoological settings. If the producers of the upcoming series wanted to do a show that focused on modern facilities, especially ones that house marine mammals, they should have done a series that centers on what it’s like to be a zoo or aquarium professional at such places.

P.S. the whale on the poster for the show is not Tilikum (who passed away in 2017). Plus, SeaWorld fired those former trainers for protocol violations.