Climb to the Feast

A young adventurer's journey for sustenance. 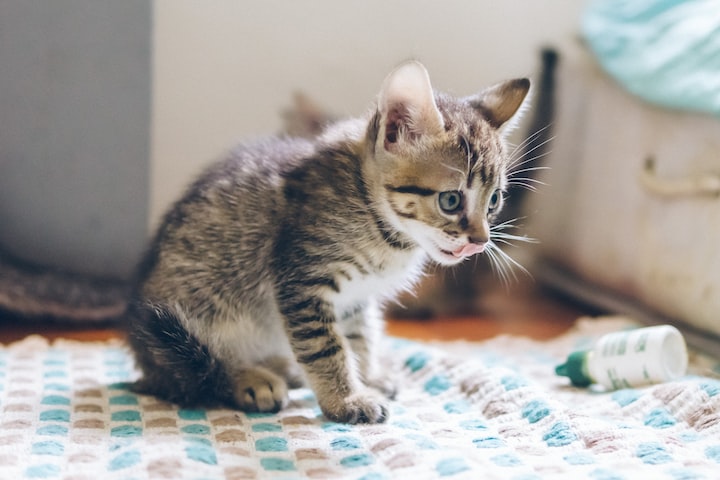 Photo by Danilo Batista on Unsplash

As he gazed up onto the waterfall of cascading fabric he knew what he had to do. Preparing the muscles within his legs, he braced himself for the anticipation of making himself airborne, only to grip the surface that of which was his first challenge.

Trudging his way up, ever ascending in altitude, he gripped the flimsy wall of the rippling waves that hung stretched out before him. Swaying from side to side, his pace remained consistent. Trying to never slow down, but to remain smooth and steady within his pace, he would take hold as he pushed onwards and upwards.

Upon reaching the summit of his expedition, he was spent, but the vastness of the oceanic sheet laid out before him filled the fascination of his vision. Wanting to lie down to rest, he knew that he should push on, for he had greater concerns at hand. Strolling across the oceanic sheet's crests and troughs, he eventually approached his next endeavor.

Ahead of him he saw two rolling hills. One that remained sturdy, but it would shift, only to be replaced with the mountain beneath it. This was a game that they played, though they were connected of one body, "King of the Hill." It would go on for hours, only to cease when one mountain's life streams were no longer a big rush, but a mere trickle.

Climbing atop them he set forth for the rising land. The land which perpetually waxed and waned. The land which would be higher than both the mountains and hills of below, no matter the roll of the dice.

Using every ounce of balance within his body, he stood steadfast as the rising land, rose and sunk in rhythm. Not entirely coordinated in his movements, did he have to rely upon his firm grip with which nature had given him at his birth. For he was more than just an adventurer, but he was a voyager in the makings.

He neared his destination. Soon he could be able to fulfill his needs once he spoke of his plead.

Traipsing his way along, he finally reached the behemoth. Covered in a thick manse of scruff hair, and who's power boasted over all of the domain. The behemoth be the one that would settle the disputes in the game of "King of the Hill." The behemoth controlled the depths and crest of the rising land, along with their rhythm. It was only when the behemoth was truly perturbed did the hills no longer quarrel about being a mountain, and did the rising land become so erratic, that if they were waves upon a sea many a sailor would be lost within the tides of such a storm.

The air was pulling him in, alerting the behemoth to his scent, but also sending several gusts of warm air back his way. Snorting, almost choking, was it merely awake. It if would have awoken too soon, would our hero's journey be in vain, or would they be rewarded with one's heart's desires fulfilled?

The air sent back towards him was suffocating, the smell was powerful enough to make him almost lose balance. Yet, thankfully was he gifted with such an ability to grip with the least amount of effort, did he remain steadfast in the face of such opposition.

He hurriedly stood, using his hands and feet to grip the surface beneath him.

With acceleration and quick mobility, he ascended his head past the moving air currents. No longer being pushed back, he was pushing himself forward with incredible timing.

His arms rested upon two plump, supple, worms. Two massive mounds of flesh. They seemed dried. It was as if their skin was peeling at the seems, and doing whatever they must to retain moisture. Their condition were unconcerning to him, until they made themselves his concern.

The worms moved away, but not at the ends at the middle! He almost tumbled downward. Upon closer view, he learned that they were not two beings, nor even were they one worm. Yet, what they were was a ring of the dried flesh, that which let out hot air, the behemoth's breath.

A blast of air blew past him from the opening black abyss that was the cavity beneath him.

His hands had moved to the outer rims of the great ring that had parted the surface from beneath him.

Striking the tip of the dual cavern mountain top he bellowed with all of his might.

The drapes to two massive windows opened up before him. He was staring into the eyes of the behemoth. Yet, he sensed no malice.

The behemoth then held our adventurer hostage between the five toothed jaws of two immense pythons, but he was not being consumed.

Held within the air, from what appeared to be leagues above the earth from him, our adventurer's efforts were made minuscule.

Ten lumbering leaps of the heavy meat logs were all the behemoth needed.

He was returned to the safety of the ground. No longer a prisoner in the sky of the pythons.

The behemoth had then rewarded our hero for his journey, his efforts, and his bravery.

Before he, the behemoth laid out a banquet of the most ambrosial delicacies our hero has ever known.

Then, he feasted, preparing for his next adventure.

More stories from Thavien Yliaster and writers in Petlife and other communities.