A Raincoat for A Fish

Entering animal contests for those without fur-babies 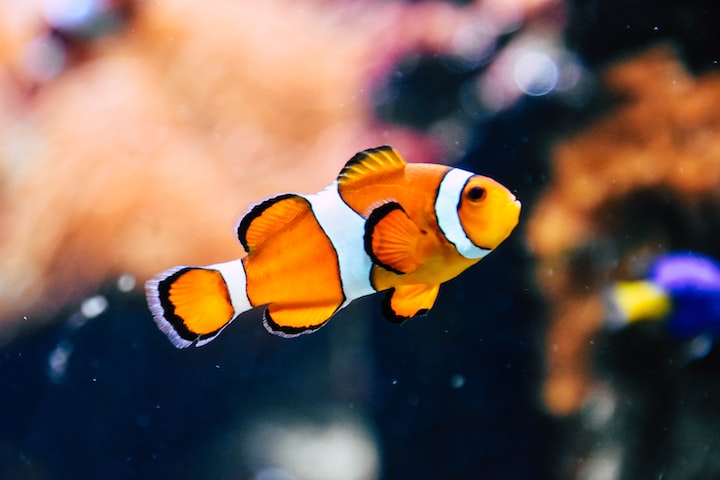 Photo by Rachel Hisko on Unsplash

Finally, there are some things you do purely for the LOL factor.

The day I decided to make a rain-cape for a fish was absolutely the latter.

I haven't had a pet since 2008, when my family Border Collie died.

In May of 2015, there was a crafting competition: Make an accrouchment for an animal. Technically, this was supposed to be something like a handmade leather lead, or a hood or outfit for a dog or cat

Much like this challenge, I originally had no intention of entering, due to the aforementioned lack of pets. However, I have friends who are shameless enablers, and had exactly zero problems encouraging me to all kinds of absurdity.

Plus, the judges were also a bunch of Medieval nerds with a sense of humour, and would probably give me a few points out of sympathy. One of them I knew would find it hilarious and score me on creativity. People are people everywhere (and everywhen...), and there was no evidence that someone hadn't done something like this for a joke, somewhere in History.

The answer, of course, is "with a fish".

I went to the local fish-market, because a dead fish wouldn't fight me while I tried to take measurements. (Also, the house over the back fence from my apartment block had been ignoring requests to turn off the floodlights after 10:00p.m. They deserved a three-day-old fish in the bushes...)

I cut out a half-circle cloak to the appropriate size, put in holes for the fins, and hand-hemmed it using documented medieval stitching. I even put a litle hook and eye clasp, and angled the neckline so the gills wouldn't be impaired.

Next, I got some beeswax candles from a friend, and melted them down with linseed oil. I soaked the fabric in the mixture as it boiled, then hung it out to dry above some scrap fabric to protect the carpet. (Wax and oil stains are murder to get out of anything, and fabric that was doomed for the trash anyway was better than getting my apartment steam-cleaned.)

Finally, I went back to the market and bought another fish for demonstration purposes.

I called up a friend to film while I demonstrated the effectiveness of the fish's oilskin outerwear, waited patiently for them to stop laughing and remember how to breathe, and filled the bathtub up to an appropriate level. I checked that my fishy model was wearing it's new raincape to the best effect, and that the bathroom was an acceptable standard of mostly-clean for filming.

Julie was still giggling sporadically when I buzzed her up and handed her the camera.

Julie filmed while I guided the fish through the motions of swimming, then lifted it out of the water to prove that the raincape was, in fact, waterproof. This took several attempts, as Julie succumbed to an unsteady hand as the result of more laughter. Shaky footage, accidentally pressing the button to stop recording, and one time even dropping the camera entirely! (Thankfully, it fell onto the bathmat, instead of the tiles.)

One judge did not have a sense of humour, but admitted that the competition was difficult for people without pets. Another sent me a feedback form filled out on both sides, thanking me for brigtening their day.

Unfortunately, I couldn't find the video footage, this being something like two smartphones and a laptop ago.

I didn't win, but I had fun, and that's really the point of these challenges.

You can go away and laugh, now.

If you liked this piece, go check out the other entries in the Pet Challenge, and leave a heart or a tip. Also, follow me on Vocal and Medium!

More stories from Natasja Rose and writers in Petlife and other communities.