A little can go a long way.

by Alexis King 15 days ago in humanity

Making someone happy with the littlest things is priceless. 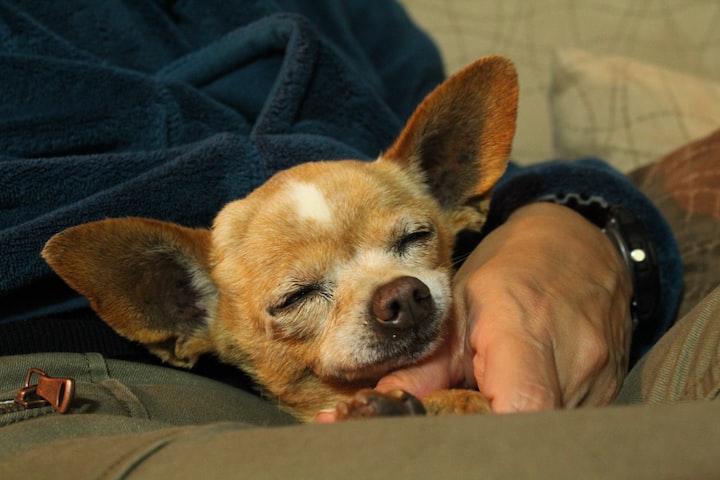 Photo by Alejandra Bastardo on Unsplash

January 24, 2021, will make it two years since I've lost my beloved best friend. I've lost him to cancer and I'll never forget the day the vet told me that it was no amount of money that I could have spent to save his life. I only had $100 and that was how much it cost to get him seen in the doctor's office, with no help and no extra money I spent all I had to find out what was wrong with him as he was walking around with a big lump on the left side of his neck. It was a rough summer for me, my fur baby, and my family as we were moving out of our apartment and trying to find another one to move into, it was hard so we ended up moving to a motel 6 for a week or so and then moving in with my sister in a nice suburbs area.

My sister is allergic to animals so she couldn't keep him there for too long, I was back and forth from my boyfriend's place just so I could keep an eye out on him because he couldn't stay over there, that apartment had a no pet allowed policy. My mother took our family dog to a close friend's house but was scared to leave him alone by himself so my stepdad stayed with him until we found a place to stay, while my mom would go back to my sisters. My, that was his name was old, I had him since I was around 11 and now I'm 24. most people would probably say that he caught cancer because he was old but that's not what I believed happened.

Of course, I have taken him to the doctors before in his life, but it was something different about him all of a sudden having cancer out of the blue when he was perfectly fine weeks, months, and even years before we had to move. In my heart, I believe that something happened to my fur baby as I kept telling them, in the beginning, to not feed him more than twice a day (this was when my stepdad would leave from over there for a few hours) and they would do it anyway. We finally got a place to live and Mj was sick my heart broke into pieces.

A year later, covid arrived and like all of us, I was stuck at home with nothing but my four walls staring at me. Roaming around on Instagram I came across a beautiful fur baby chihuahua dad with the most pleasant videos of him taking care of the little fella. I started to check in on the page daily as it made my heart dance and only made me think of the positive times with mine. Within those weeks, he and his wife was asking for donations to help out with surgery that the dog needed in the upcoming few weeks. I know how it feels to not have any help with money, we all do especially in these uncertain times, my heart for animals and people that love them is as big as the moon at any given time of the day. To help out I donated to the cause and followed the uplifting page.

I keep up with the page and started to send encouraging messages to the owner every once a week now as he suffers from depression, just like me as well. We all need someone to talk to no matter how tough we believe we are. The way he takes care of his dog reminds me daily to be kind not just to others but also to myself, it also reminds me that animals are a gift from God. An update on the fur baby, he is fine and in great condition, he is running, playing, and counting making beautiful videos with his dad. This pure kind genster helped me get through covid knowing that I could make a small difference with someone and a pet that someone loved.