The Top 10 Reasons Why Marriage Is Important in our life.

why marriage is an important part of society. 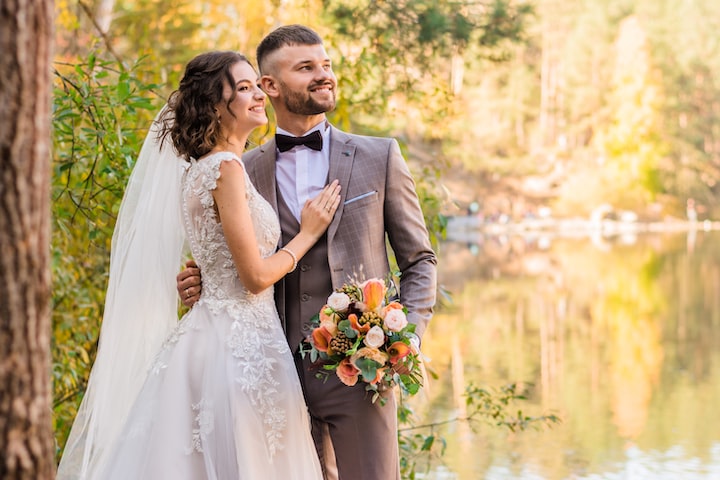 Marriage is a sacred bond between a man and a woman that has been going on since time immemorial. Though its importance has been questioned in recent years, there are still many good reasons why marriage is an important part of society. In this blog post, Marriage is a highly important institution in most societies. It is considered a social and religious necessity by many, and it is the foundation of the family unit. Marriage provides many benefits to both couples and society as a whole. In this blog post, we will explore the top 10 reasons why marriage is so important.

There is a growing body of evidence that suggests marriage has a positive impact on mental and physical health. Studies have shown that married people have lower rates of depression and anxiety, and they also tend to live longer and be healthier overall.

So why is marriage good for our health? One theory is that marriage provides a built-in support system that can help us weather life's challenges. When we're married, we have someone to lean on during tough times, and this can help us stay mentally and physically healthy.

2. marriage has been seen as a sacred union between two people

For centuries, marriage has been seen as a sacred union between two people. This union is not just a physical and legal partnership, but a spiritual one as well. In many cultures, marriage is seen as a way to join two souls together for eternity.

While the specifics of marriage may differ from culture to culture, the underlying principle is the same: marriage is a sacred and divine union. Whether you see it as a way to join two people together in this life or the next, marriage is a beautiful and special institution.

3. Marriage is a legal partnership

Marriage is a legal partnership between two people that is sanctioned by the state. In most jurisdictions, marriage is a official union that carries with it certain rights and responsibilities. For example, married couples may have joint ownership of property, joint custody of children, and the right to file taxes jointly.

While the legalities of marriage vary from jurisdiction to jurisdiction, the basic principles are generally the same. Marriage is a voluntary union of two people who agree to be legally bound to each other. Once married, couples have the same rights and responsibilities as any other legal partnership.

Marriage is a time-honored tradition that has been practiced by cultures all over the world for centuries. And while the reasons for getting married may vary, one thing is clear: marriage creates a strong family unit.

Marriage provides stability for children and gives parents a committed partner to help raise them. Research has shown that children who grow up in married homes tend to do better in school and have more successful careers. They are also less likely to experience poverty or suffer from mental and physical health problems.

So while there are many benefits to marriage, one of the most important is that it creates a strong foundation for families.

Marriage is often thought of as a personal relationship, but it can also have economic benefits. For example, married couples may be more likely to have stable incomes and financial stability. They may also be less likely to experience poverty.

There are other benefits as well. Married couples may be less likely to require public assistance, and they may have lower rates of crime and substance abuse. Marriage can also offer psychological and emotional benefits, such as increased happiness and life satisfaction.

If you are considering marriage, it is important to weigh all of the potential benefits and drawbacks. However, marriage can be a good option for many people, especially if you are looking for financial stability.

In addition, marriage often comes with a number of legal and financial benefits. These benefits can help to provide security and stability in a relationship.

So if you are considering marriage, be sure to weigh all of the benefits that it can offer. Marriage can provide you with a sense of security and stability that you may not find in other types of relationships.For many people, marriage offers emotional security. In a marriage, there is typically a

level of commitment and stability that can provide a sense of security for both partners. Marriage can also offer psychological benefits, such as a greater sense of self-worth and a higher level of life satisfaction. Additionally, married couples often have a larger social network than single people, which can provide them with additional support in times of need.

Marriage has long been associated with physical and mental health benefits. Studies have shown that married people tend to live longer and have lower rates of heart disease and cancer. Marriage has also been linked to lower rates of depression and anxiety.

8. Marriage can increase your lifespan

Marriage has many benefits - one of which may be increased lifespan. Studies have shown that married people tend to live longer than single people, even after controlling for other factors such as age, health, and socioeconomic status.

So why does marriage have this effect? One explanation is that married people have someone to help them with day-to-day tasks and to provide emotional support during difficult times. Marriage also tends to encourage healthier lifestyle choices, as couples often motivate each other to eat right and exercise regularly.

So if you're looking for one more reason to tie the knot, consider the fact that marriage could help you live a longer and healthier life.

There are a number of theories as to why this is the case, but one of the most likely explanations is that married couples tend to have more social support than single people. This social support can help to reduce stress levels and also provide a sense of purpose and meaning in life.

So if you're looking for a way to improve your health and potentially add years to your life, getting married might be a good option!

Marriage can offer social support, which can be beneficial to mental and physical health. Social support refers to the belief that one is cared for and has someone to rely on in times of need. It has been linked to better mental health outcomes, including reduced stress and anxiety, and improved self-esteem and self-worth. Marriage can provide a source of social support, as couples can rely on each other for emotional and practical assistance. Marriage can also offer financial stability, which can reduce stress levels and provide security.

So if you're feeling stressed or down, marriage may be one way to find social support and improve your mental health.

10. Marriage can provide a sense of accomplishment

Marriage can provide a sense of accomplishment in many different ways. For some people, it may be the culmination of a long-term relationship. For others, it may be the first step in starting a family. Either way, marriage can be a source of great pride and joy.

Of course, marriage is not for everyone. Some people find that they are happier and more fulfilled without being married. But for those who do want to get married, it can be a very rewarding experience.

In conclusion, marriage is an important institution for a variety of reasons. It is a lifetime commitment that can provide companionship, stability, and love. Additionally, marriage can be a source of great personal satisfaction and a sense of accomplishment.

marriage is an important institution for a variety of reasons. It is a lifetime commitment that can provide companionship, stability, and love. Additionally, marriage can be a source of great personal satisfaction and a sense of accomplishment

.I hope you enjoy my blog a lot.

If you want me to send information about any particular topic or category, then please tell me in the comments section. I will definitely share it with you soon.

More stories from rakesh panse and writers in Marriage and other communities.