by Steven George 9 days ago in lgbtq 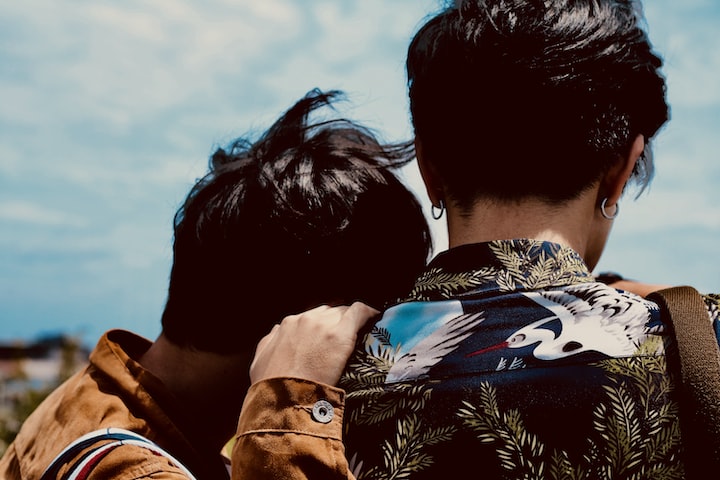 Photo by Honey Fangs on Unsplash

I've decided to continue documenting the progression of our open marriage here. I'll be updating it in near real-time.

The past few days have been rough for me. I already talked about how the open marriage inadvertently brought to the surface a few of my own insecurities and shortcomings, but another one I wasn't necessarily prepared for would be the change in dynamic that inevitably happens - less time and attention between the two of us.

Obviously, by searching out other individuals for which to copulate, it takes time away from the "core" of the marriage. I tried to be respectful when searching for others and limited the time I was chatting on apps/websites. I think part of me expected the same of my husband. However, that expectation was never communicated, and as is one of the greatest challenges in our marriage, that lack of communication caused a more intense problem.

After feeling rejected by a few men that I was chatting with, I began to recognize just how much time my husband was spending on Grindr, chatting with other guys. Part of my feelings were jealousy for sure, he was attracting a much higher number of men than I was, but the other part was that he was flat out neglecting our time together. Instead of us connecting by discussing our days, or what we were feeling, our conversations had turned into who we were talking to or what other guys wanted to do with us. The focus had changed from us getting something out of the "open" relationship that would bring us together in shared experiences, and instead was driving a further wedge between us.

I decided to bring this up to my husband. I was not prepared for the backlash I received. The focus of my conversation was that we needed to ensure that we were taking time for "us." Instead, the conversation that he was having was one that defended his desire to communicate with other men. We were having two different conversations, and I couldn't make him see that.

We spend 2 1/2 days fighting about this. I repeatedly kept saying that I was not chastising him (or myself) for his physical actions with other men. Never once was I other than supportive (granted, the first time he came home a few months back it was not a good scene). My aim was to discuss how we could continue to put our marriage as the primary focus, while having the "open" relationship, to ensure all our needs were met. He kept asking me about whether or not we would continue the "open." I couldn't answer that, because that was not the intent of my dialogue.

And so the fight continued for 2 1/2 days. This was probably one of the worst fights we have had in our over 11 years together. The lesson here is that establishing boundaries on when/how long a couple can be on apps like Grindr is extremely important beforehand, because to change it mid-stream, is almost impossible.

Also, setting up communication avenues and check-ins is something we didn't do, that should have been done beforehand. Being able to separate conversations about the two of us versus the "open" portion of our marriage would have been something smart to set prior to our first conversation with someone else. All these lessons, although they seem small, are in reality, very important as we are learning. Communication has never been our strongest asset as a couple, and as this experiment is uncovering, and despite the progress that we have made, is an area we still have much to learn.

Steve is a Detroit native with a passion for helping. He owns a holistic healing company, and works as a researcher. He is currently writing two books on holistic healing.

See all posts by Steven George →