How to Write a Best Man Speech

Saying nice things about the groom 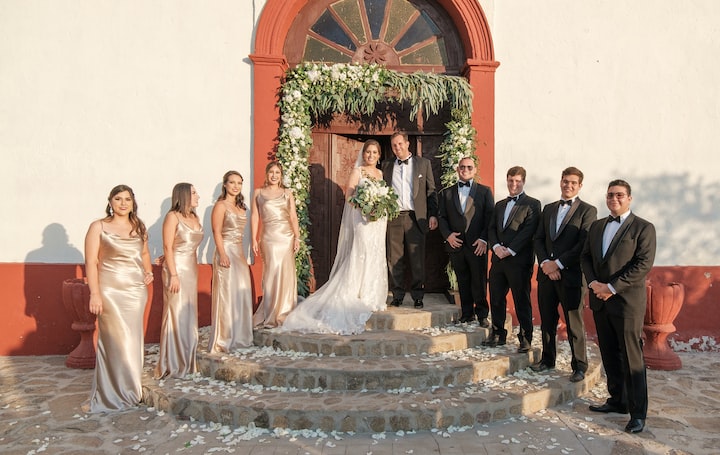 Photo by Asdrubal luna on Unsplash

You were watching TV one afternoon and munching on some pizza to enjoy your lazy day at home when suddenly a doorbell disturbed your tranquility. Opening the door, you found your friend with the girl he’s been dating for quite some time now, which made you think, "Am I in the wrong place?" Then your friend smiled and his girl handed you something which looks like an invitation to you. Reaching out to receive it, you heard your friend mumble about you being the best man. So you thank both of them and said your advance congratulations to the soon-married couple.

After closing the door behind them, you returned to your previous position and tried to enjoy the movie. Then you remembered that you were asked to be the best man, which means, you have to give a speech on the "big day". Oh-oh! No matter how much you tried to stop thinking about it, you can’t divert your attention back to TV!

Instead, you started surfing the internet for a best man speech, which is quite numerous, and it’s making you even more nervous! So how do you write/prepare for your speech? Here are some tips.

(1) Introduce yourself. Just short lines letting everyone in the event know why you were talking in front of them. Also, include how long and how you knew the groom and the bride as well, so you won’t appear to be a "paid best man".

(2) Think of an event that you and the groom shared, choose the most appealing. This is to let other people know why you were chosen as the best man among others, and also can be used as a good introductory line. A good story to tell may include a hilarious event that you and the groom had, although it is not advisable to say something offensive or a story that could ruin the reputation of the groom. Trust me, you don’t want to do that unless you want the newlyweds to have a big fight on their first day as a couple.

(3) Don’t make it too long. Now this one sounds good huh? Usually, a good best-man speech lasts for only 3-4 minutes or could extend until 5 minutes at most, to avoid making everyone tick for consuming the whole evening with you.

(4) It should be appropriate for all ages. This means not saying anything trashy, as some kids are around and might listen to your speech as well. Try to keep it a little bit formal, to impress the newlyweds and the oldies present as well.

(5) Use jokes in the speech. A good best man shares a joke that usually involves the groom in it, to give a little peek at the groom’s funny personality, as might say he isn’t a boring person for the bride to be with for the rest of their lives.

(6) Say something good about the groom. This may include being responsible, reliable, etc. However, if it doesn’t apply to the groom’s personality, then don’t bother mentioning anything about it. The best man should say something honest.

(7) Say some nice words about the bride, even a short one. The bride is not the center of the speech, since your sole responsibility in giving a speech is the groom. However, it is nice to pay homage to the bride so as not to "forget" her presence at the event.

(8) Thank the parents of the newlyweds for making "it" possible. Let’s face it. Even with the most successful couple, their parents play a big role in the preparation for the big day, even their sole presence is ought to be thankful for.

(9) Thank everyone for coming. The people around you should not be forgotten for also coming over to the big event.

(10) Propose a toast. This is the most important role of the best man, as the best man speech is also called "the best toast speech".

Ready? Start writing your speech now! And start congratulating yourself ahead for giving the best speech of your life ever.

Education is what remains after one has forgotten everything one has learned in school.

More stories from Sal Tori and writers in Marriage and other communities.