What Happened in October? 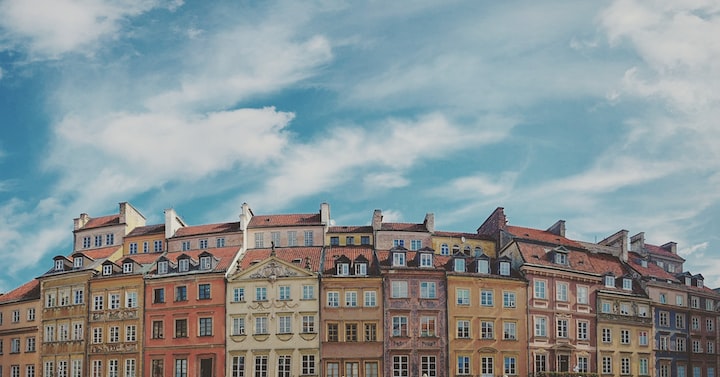 Photo by Fumiyama Akira on Unsplash

It's time for another history appreciation post! The month of October is now over, so here are a few moments from Octobers of the past.

Saint Josemaría Escrivá founded Opus Dei, the "Prelature of the Holy Cross and the Work of God".

The first facsimile photo was sent over city telephone lines in Washington, D.C.

The German Democratic Republic ceased to exist, and the states on its former territory joined the Federal Republic of Germany.

The first complete English-language Bible, the "Matthew Bible" was printed.

The Orient Express departed on its first official journey from Paris to Istanbul.

In the final confrontation of the Anglo-Ashanti wars, Great Britain defeated around 4000 Ashantis and officially occupied their empire.

The Soviet Union launched Sputnik I into elliptical low Earth orbit, as the first ever artificial Earth satellite.

During the French Revolution women of Paris marched to Versailles to confront king Louis XVI.

Adolf Hitler announced his plans to regulate "the Jewish problem".

Joseph Stalin proclaimed that the Soviet Union had the atomic bomb.

The scientist Albert Sabin announced that his oral Polio vaccine was ready for testing.

A cyclone caused 40 foot waves that are believed to have killed 300 000 people in Calcutta, India.

The oldest existing airline in the world, KLM, Royal Dutch Airlines was established.

The US of Afghanistan began with an air assault and covert operations on the ground.

The Nobel Peace Prize was for the first time awarded an African woman. Kenyan Wangari Maathai received it for "her contribution to sustainable development, democracy and peace".

Reputedly he was the first European to reach North America.

The Great Hurricane of 1780, the Atlantic's deadliest recorded hurricane, killed between 20 000 and 30 000 people in the Caribbean.

Christopher Columbu's expedition made landfall on an island in present-day Bahamas in the Caribbean, believing he had reached East Asia.

The six billionth living human in the world was born.

Greenwich in South East London was established as the universal time meridian of longitude.

William the Conqueror and his Norman army invaded England by defeating the forces of Harold II.

The Disney Brothers Cartoon Studio (now The Walt Disney Company) was founded in California by Walt and Roy Disney.

After four months of fighting, the Islamic State headquarters Raqqa was declared under full control of US-led alliance by Syrian Democratic Forces.

The Sangley Rebellion, a Chinese uprising in the Philippines failed, leaving 20 000 Chinese dead.

Florence Nightingale and a staff of 38 nurses was sent to the British camp in the Ottoman Empire during the Crimean War.

Adele released her single "Hello", which would become the first song with more than a million downloads in the first week (1.1m).

Dow Jones went down 12.8%, marking the beginning of the stock market crash.

Henry V's forces defeated a larger French army in the Battle of Agincourt during the Hundred Years' War, much thanks to the use of longbows.

An international conference is held in Geneva aiming to improve medical conditions on battlefields, which will become the International Committee of the Red Cross.

China announced its population had reached one billion plus people.

The Universidad Santo Tomás de Aquino, he first university in the New World, is established on Hispaniola.

After 35 years, China announced the end of their one-child policy.

The Bosphorus Bridge in Istanbul, Turkey was completed. For the first time, the continents of Europe and Asia were connected over the Bosporus.

Martin Luther sent out his 95 Theses to the Archbishop of Mainz, Albrecht von Brandenburg, beginning The Protestant Reformation.

That was my list. I hope you learned something new! We must continue to acknowledge our history and learn from what's happened in our past.