Threading the COVID Needle: A New Insight Into Active Mindfulness

by Rui Alves about a year ago in health
Report Story

Conscious acceptance is empowerment: how I regained control over my life via active mindfulness. 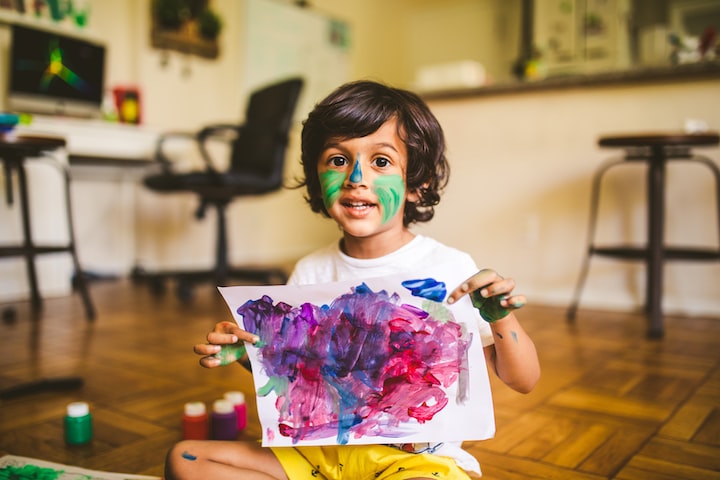 Photo by Amit Gaur on Unsplash

Even if the concept of chaos is old as the universe, the COVID-19 crisis recalls Murphy’s premonition:

“Anything that can go wrong will go wrong”.

Usually, we depict mindfulness as a path from chaos to calm. Back in February, I would meditate and peacefully accept that wave of calmness engulfing me. Two months later, the pandemic crisis encouraged me to become a better human by taking a step further to holistic inception.

When you perceive chaos as a friend and not as an enemy, you remove entropy from the equation. Therefore, when I accepted chaos, instead of resisting it, I made the world resonate with my inner self.

Chaos isn’t a pit. Chaos is a ladder

During the pandemic first wave, I experienced an exponential lack of control over myself, my emotions, and my actions for the first time in my life.

Every two weeks, the government enforced harsher containment measures to keep up with new directives emanating from the National Health Directorate regarding social distancing and respiratory etiquette.

I had been an army man for seven years, so following orders should have been business as usual. I was wrong! There was nothing usual about this new reality.

I stayed for 45 days in a state of emergency that scratched several constitutional rights, and we still have to cope with all the consequences of that lockdown.

Even if freedom deprivation could have broken my spirit, I chose to let my mind run free while trapped inside.

Threading The COVID Needle With Mindfulness

Fortunately, a fortnight into COVID-19 lockdown, I experienced something similar to an epiphany. One of those moments of insight that give a better understanding of ourselves, others, and the world.

I had been “lost in centrifugation” — spending too much time in activities that were dragging me away from my inner self. Small things that kept me utterly out of balance and unfocused.

As a matter of fact, by taking away my freedom to go out into the world, COVID-19 constraints empowered me to move back into my existential matrix, thus regaining control over my life and raising my state of awareness.

Suddenly I had plenty of time to write and research, but I noticed I was spending a great deal of it on matters concerning the outbreak. Obviously, that search for meaning was taking me nowhere.

Then, I had the idea to apply Murphy's law to events related to the current crisis in line with active mindfulness principles. The next chapter summarises my findings while researching and applying Murphy’s Law to COVID-19.

This was one of the active mindfulness exercises that kept me grounded, engaged and provided a well-deserved mindful escape from the harsh reality.

Train Yourself to Expect the Unexpected

Virologists found out that coronaviruses spread widely in the animal kingdom, namely amongst domestic animals. This was a dark omen regarding the havoc potential of this new family of viruses.

Hence, it came as no surprise when an acute respiratory syndrome, called SARS, emerged in 2002/2003. A new coronavirus (SARS-CoV) from southern China ravaged across continents, claiming victims in 28 countries. There were over 8000 infected individuals and 774 SARS-related fatalities.

Insight: If you push Mother Nature a bit too far… then you reap what you sow.

Coronaviruses, like the one that caused SARS, shared a devious superpower, as individuals exposed to SARS-CoV frequently had just an asymptomatic infection, henceforth making them “ghost” carriers of the disease.

Insight: In a globalized society, the most contagious can be far worse than the most lethal.

3. Murphy’s Law: If everything seems to be going well, you have obviously overlooked something.

In 2012, SARS was just a memory in the “Viruses Hall of Fame,” but then MERS emerged in Saudi Arabia. A coronavirus was causing the syndrome — MERS-CoV.

The new strain was less contagious than its SARS counterpart, but it was by far more deadly, taking 858 lives out of nearly 2,500 infected, by the end of the crisis. Fortunately, as MERS-CoV was less contagious, it remained in the Middle East, mainly infecting travelers or residents.

Insight: Two bad things in a row should keep you on the lookout for a third.

4. Murphy’s Law: If there is a possibility of several things going wrong, the one that will cause the most damage will be the one to go wrong.

After MERS-CoV took a wrong turn in global dissemination, maybe scientists could have foretold what would be the next evolutionary step — a new virus that would be less deadly but highly contagious.

A more deceitful virus in terms of its ability to cause asymptomatic infection and promote an exponential spread of the disease, thus eluding the containment measures that had been a formula for success in the past.

Insight: In all the history of humankind, we had trouble finding something that could have gone wrong and caused more damage than COVID-19.

5. Murphy’s Law: It is impossible to make anything foolproof because fools are so ingenious.

Then, on 31 December 2019, the world awoke to a novel strain of coronavirus.

However, some world leaders were distrustful, as reports from the scientific community speculated that the virus could have leaked from a Chinese bio-lab. Either way, COVID-19 has shown that you cannot make anything foolproof because fools are so ingenious!

Insight: in the land of the blind, the one-eyed man is king.

6. Murphy’s Law: Left to themselves, things tend to go from bad to worse

According to the Lancet medical journal, the first onset of coronavirus symptoms emerged in early December 2019; however, other studies stated that the virus first appeared in November (or even October).

Considering reports of suspicious cases of “pneumonia of unclear cause” at Wuhan Central hospital. However, only on 31 December, Chinese officials confirmed that an investigation was ongoing, and experts were looking into the matter onsite.

During this period, there were no real containment measures in place, and by mid-January, officials reported the first case outside China. Media channels were almost silent about an outbreak, and at the year’s end, millions of Chinese were still happily celebrating the Lunar New Year.

I experienced conscious acceptance of the chaotic nature of the Universe by developing active mindfulness best practices. This was a life lesson and gave me peace of mind, emotional balance, and a better grip on my life.

Adult coloring books: Even the most simple activity can be used to reach a state of calmness during an active mindfulness exercise. That explains why coloring books were in high demand during 2020.

Furthermore, we may combine both active and passive mindfulness to achieve the best outcome, as explained by Professor Andrew Hede in his essay - “Binary Model of the Dynamics of Active versus Passive Mindfulness”:

By combining both cognitive decentering using active mindfulness and existential disidentification using passive mindfulness, individuals can learn to manage their cognitive dysfunction and distorted self-identity and thereby reduce the effects of depression in their lives.

The power of active mindfulness

Early in the COVID-19 pandemic, we can look at the example of active mindfulness set by Captain Sir Thomas Moore, who decided to raise 1000 pounds for the UK’s National Health Service by completing 100 laps of his garden as he approached his 100th birthday. He ended up raising 40 million pounds.

“Chaos isn’t a pit. Chaos is a ladder. Many who try to climb it fail, and never get to try again. The fall breaks them. And some are given a chance to climb, but refuse. They cling to the realm, or love, or the gods…illusions. Only the ladder is real. The climb is all there is. But they’ll never know this. Not until it’s too late.”

More stories from Rui Alves and writers in Lifehack and other communities.