Bathtimes of the Rich and Famous 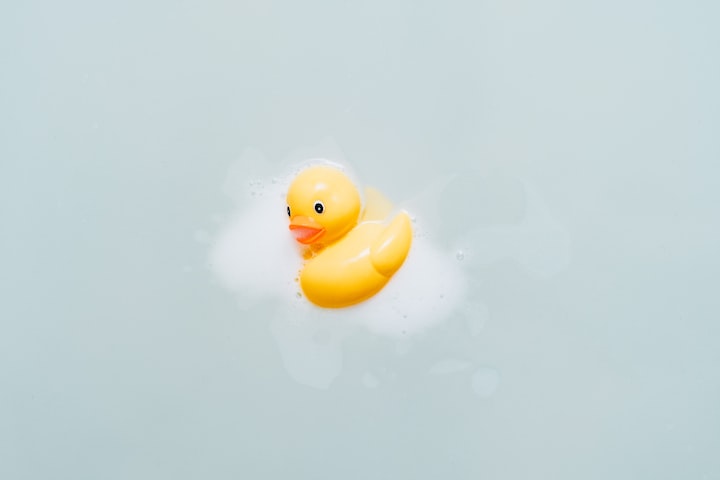 Photo by insung yoon on Unsplash

I grew up in Singapore. Singapore is roughly eighty kilometers from the equator, and lies in the sluggish, tropical waters of the Straits of Malacca.

What I am trying to explain for those of you who have never been: Singapore is hot. And humid. All year round.

As a result there are no baths in Singapore. True fact! My friend claimed to see one once, but it turned out to be a jacuzzi. Singapore is a nation of swimming pools and strong air-conditioning, but not baths. In Singapore you take showers - cold ones - morning and night. People who grow up in Singapore don’t really get baths. It’s something one sees in the movies but is not part of our lived experience. Like skiing, or gun violence.

I’ve since lived in places that had baths, sure. I was in the UK for ages, I lived in Boston for over a year. I was initially excited. I knew the drill from watching Sex & the City and media of that ilk: get bubblebath (lots of it), candles, a book. Put on some sensual music. An elegant glass of wine. Luxury! Except… it wasn’t. It’s too hot when you first get in, then almost-immediately becomes tepid. You finish your wine and then you have to get out to refill it. How do you keep the book from getting soggy? Do you keep both hands poking out of the water like a surgeon scrubbing up? That’s silly, and tiring, and my hands get cold. What about the bubblebath foam that clings to you when it’s finally time to get out? The shower’s in the bathtub! Are you supposed to let the foam dissolve into residue on your pruny, wrinkled skin, or wait for the bath to drain? What kind of hellish Sophie’s Choice is this!?

I gave the baths a try, I really did. But I remained a shower-er.

Even when I moved back to Japan, I didn’t really bother with baths. I’m sure you already know about bathing in Japan, dear reader, but just in case: baths in Japan are a big deal. If you’ve been then you’ll have visited an onsen, and who doesn’t like onsen? Everybody does. I do. I went to onsen, and I enjoyed them. But I still didn’t really take baths at home, although every apartment I lived in made space for a bathtub, even if when it was a one-room place with a kitchen the size of an elementary school desk.

To be fair, I did start taking more baths than before. The Japanese shower-before-and-after bath setup fixes both the sitting-in-your-own-filthwater and bubblebath-residue issues, there are little heat regulators that keep the water at the temperature you set, and I’d take a little stool in and set up my laptop to play a movie a bit off to the side. Mix in a can of beer from the combini and things start to get rather civilised indeed (by which I mean add a can of beer to the event of bathtime, please do not mix beer into your bathwater. Or do, who am I to judge?). Yet to the everlasting shame of my ancestors, it’s still something I would do only three or four times a year.

And then last year I moved in with my partner. She isn’t traditional exactly - I mean, we’re dating, after all - but she takes bathtime seriously, in old-school Japanese style.

Every night since it started getting cold she has had a full bath in the evening, right before bed. Every single night. We’ve been dating for years while not living together, so I thought I was used to her bathing habits. However, living together made me really confront how much time she was spending in the bath.

“What do you, you know, do in there?” I asked her one night.

She looked at me askance (not uncommon). I had mentioned the beer/laptop/movie bath setup in the past, and I think she found it amusing. Like a child packing toys so they don’t get bored on a trip. “Just sit there. And think.”

“I go over the day, and think about tomorrow.”

That’s when it clicked for me.

I’m working, for the first time, fully remotely. In a brand-new city where I don’t know anyone. With the current state of *gestures broadly at everything* you know, I think a lot of people are in the same boat; you might not be living in a new city, or working fully remotely for the first time, but I’m willing to bet a combini beer that your work and social life and personal time have started to bleed together over the last two years, and it’s incredible how much anxiety seeps in along with it. Insomnia sets in. Sleep suffers.

The Japanese bath helps with this so much because it’s not just a bath, it’s meditation. You sit quietly and alone for thirty minutes to an hour very deliberately not doing anything. Bathrooms are not entertaining places; there’s no art in there, nothing to distract you. It’s a chance for your muscles to relax in the heat at the end of a long day, sure, but I honestly think that it’s more for the mind.

Getting in to bed after a nighttime bath is transcendent. Your body: warm and relaxed. Your mind: calm and composed.

I have never slept so well. Nor have I found getting out of bed the next morning so easy.

I’m hooked. I still don’t have a bath every night, but I take one more than not these days. I’m not sure what will happen once the weather gets hot again, but I’ll cross that aqueduct when I come to it.

If you’re looking for better sleep then I urge you to take a bath like the Japanese do. Put away the book and the wine, switch off the Marvin Gaye and the re-runs of Sex & the City. When you’re in the bath, just sit there. And think.

Madoka Mori is not accepting comments at the moment

More stories from Madoka Mori and writers in Lifehack and other communities.