by NatalieMarmol 4 months ago in garden
Report Story

I remember that I bought these plants in 2019, so they have been in my house for two years. 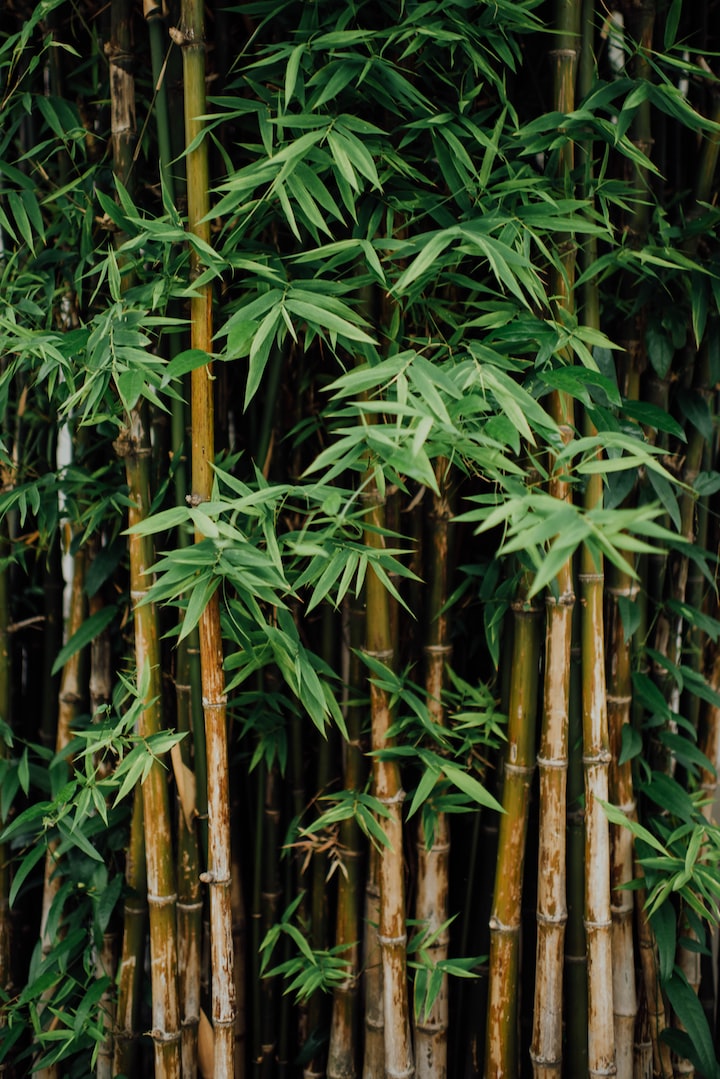 I remember that I bought these plants in 2019, so they have been in my house for two years. When I first moved into my new home, my dad bought all kinds of flowers and plants to decorate it: copper grass, succulent, cactus, cactus ball, fortune tree, orchid, greenery ...... At first, my mom looked at my dad's selected greenery with disgust, while muttering something about "too much "Enough, enough" There must be so many" ...... but according to my reconnaissance these days, her online shopping cart, there are still three or four pots of the collection The flowers and plants.

The main branches are not as thick as a tree's twigs, and the leaves are even smaller, finer than human hair. The bamboo, as its name suggests, is quiet and soft, if you are naughty, pat its branches, that can be a big deal, silent, large small leaves fall.

When it first arrived at its new home, a pot of bamboo was split in two, making it look even thinner and smaller, with new shoots, about 7 cm, and even some yellow leaves, in a pot of about 25 cm in diameter, making it look even weaker. One of the pots was placed on my windowsill and the other in my brother's room. I couldn't get enough of it, fearing that it would be harmed in any way. Even my brother came in to take a look at it, but I blew him out of the room.

"Grow up fast!" I murmured as I watered it, even rejoicing for half a day every time a new shoot grew. But slowly, slowly, because of my heavy school workload, I didn't have time for it, and I rarely watered it, only occasionally pouring the leftover water into the pot, or else my mother would open the door with one foot and shout at the top of her lungs, " you're not giving it to the bamboo again. -Hui, you're not watering the bamboo again!" Or she points at the bamboo with a surprised face and says, "Oh, you didn't water it? It's dying!" "Ah, occasionally," I said vaguely, trying desperately to cover up my weakness.

I usually feel some guilt when I encounter this situation, and then reassure myself: the bamboo should be like the "Mahogany" in the elementary school text, not spoiled so that it can grow and not worry about the storms on the way to grow in the future.

My brother is not much better than me, he put the bamboo on the top of the bookshelf, the bamboo is because of years without water, no sunlight, the leaves are yellow, sickly, and no spirit. Usually, when my mother admonishes me, she also takes my brother with her: "You and your brother are all the same, giving you plants and not watering them, not giving you and calling ......"

I think the mom finally couldn't take it anymore, and after a few days, the bamboo on the windowsill was moved to the balcony, without any ripples in my heart, and I was even happy that I finally didn't have to take care of it. Since then, I don't even look at it on the balcony to get some fresh air, and gradually, I almost forget that I have it at home.

Perhaps because of my mother's careful care and the sunshine on the balcony, the bamboo almost became a vine, wrapped around the balcony railing, and grew desperately, almost 50 to 60 centimeters high, green, and full of life. I brought this to my dad's attention, and he said, "That's not good, we have to cut it off, otherwise it's not good for the bamboo." He didn't say why. A few weeks later, the bamboo was intact and still growing like crazy.

The sun was shining just right, and the leaves looked starry. I squinted against the sunlight and seemed to become a new green on the bamboo, trying desperately to grow and grow.

More stories from NatalieMarmol and writers in Lifehack and other communities.