by Laquesha Bailey 11 months ago in list
Report Story

AKA why I'd be the worst possible partner in an apocalypse 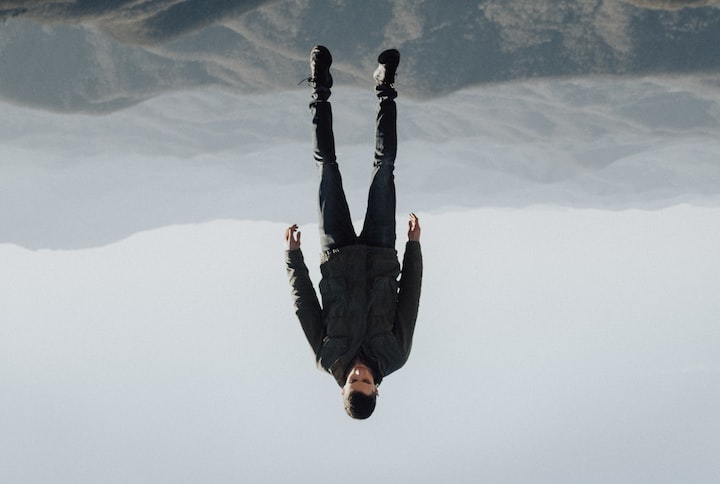 Photo by Joanna Nix-Walkup on Unsplash

Sometimes, I feel like an incomplete adult human. When I was younger, the adults I saw in real life and on-screen always seemed like they had their lives put together. It’s part of the reason I was so excited to reach adulthood. I figured life on the other side was exponentially better.

I’ve been an adult for almost five years now. The grass is not greener — it must’ve been a trick of the light. The people I grew up with are moving to new cities, getting engaged, doing the jobs of their dreams and having babies. Compared to those experiences, I can’t help but feel like I’m not measuring up.

A few days ago while in the shower — I don’t know why the weirdest thoughts accost me in the shower — I ran through a survey of my life and realized I’m lacking in a lot of ways. That there are a lot of things I should know and a lot of skills I should have at 22 that I don’t. Today, I thought I’d outline a few of the main ones. This isn’t an exhaustive list — for that we’d be here all day — but let’s discuss my most glaring faults.

Many months ago, I was in my Ethics class when my professor pointed at me and posed the following thought experiment:

“Say you’re walking along the canal on campus and see a child struggling in the water. You’re running late for an important meeting, maybe the most important meeting of your life, and saving the child would mean you would mess up your perfectly starched outfit, and you’d miss the meeting. Do you save the kid or pretend you didn’t see them?”

I can’t swim. I’m aware it’s ironic I spent the first 19 years of my life marooned on a tropical island a stone’s throw from the beach and still don’t know how to swim.

To be fair, I have endured two disastrous attempts at swimming lessons throughout my life. The first time was when I was 9 years old. I went to swimming classes for five weeks but stopped when a pervy security guard entered the girls’ changing room and refused to leave until we screamed for help. I left and never looked back.

The second time, I was 17. I also quit after five weeks — five is my unlucky number, I guess. There was no gross security guard this time around, but I remember feeling uncomfortable in my skin. The thought of wearing a swimsuit that hugged and gripped every roll and imperfection and of floundering and flailing in a swimming pool filled with my peers made me want to sink in a hole and die.

The result: I’m 22 and unable to swim which is a tad embarrassing.

My mom is an incredible cook. So was my grandmother. They have the touch. A remarkable and effortless command over the kitchen. I’ve also never once seen either of them use a recipe; they just fling open cupboards, grab random ingredients, throw them in a pot and produce magic.

I lack this touch. Let me explain. I’m not one of those people who could burn water or lacking the culinary know-how, make indigestible meals even armed with a recipe. I rock breakfast — I make the most perfect eggs — and know maybe 7 non-breakfast meals offhand. But I don’t have that magic. My culinary adventures often involve me clinging desperately to recipes, afraid of diverging even by a gram.

My grandmother would always say, “You’re never going to find a husband if you can’t cook.”

While I think this sentiment is a sexist and reductionist product of her time, I believe cooking is a basic life skill everyone should possess regardless of gender. Not being able to cook isn’t a personality trait and not as big of a flex as you think it is. Cooking at home saves you money, it’s likely healthier than eating out all the time, and there’s something so satisfying about eating something tasty that you took the time to prepare.

Every time I ask my mom how she got good at cooking, her response is always the same: I failed 999 times and got it on the one. You only need to get it right once.

In my home country, you’re allowed a learner’s permit at age 16 and can get your driver’s license at 17. I am 22 and don’t yet have my license.

I don’t know if I’m a terrible driver because I’ve never been behind the wheel of a car once in my entire life. Well, not unless you count being called to start the car while my dad worked on his engine to check if it would turn over. Would it be less embarrassing if I’d tried and failed the test 12 times in the last 5 years?

When I was 16 and 17, I had a host of important, life-determining exams and decided I couldn’t cut a chunk out of my study time to go to driving school every weekend. Both of my parents were busy, so neither was available to teach me. Getting my driver’s license didn’t seem like something of paramount importance at the time, so I didn’t bother.

Then, I received a scholarship to study in Canada, and I took it, leaving before I could sign up for my driver’s test. Most of my friends drive, and I always feel like the odd one out.

My anxious brain also frequently turns over a scary movie scenario in my head. What if a psycho kidnaps me and traps me in their basement? And then I miraculously break free and run into the garage to find an old pickup truck idling with the keys in the ignition? Simple escape for someone with a driver’s license, but I have no clue how to drive. What happens then? Do I just die? Yeah, I’ll probably just die.

4. I suck at managing money

I come from a low-income family, so we only ever spoke about money in the context of not having it. The result: I have a piss-poor relationship with money.

I previously wrote about my insane Uber Eats spending bill, but that’s just the tip of the iceberg. I’m also guilty of buying things I don’t need, not saving enough, veering outside of my budget and prioritizing the needs of my family over my own immediate needs. The worst part is I’m self-aware of the error of my ways and the dramatic future effects they can have. I know the decision I’m leaning towards is a bad one, yet I make it anyway. It’s an odd compulsion and one I’m trying to break, but it’s so difficult.

If the path to financial freedom is a ladder, I’ve got one foot on the first rung, and another on the floor with weird, skeletal creatures from the underworld tugging on my leg at all times.

This is the fault that inspired me to write this article. While the hot water was hitting my skin, my mind drifted to thoughts about the apocalypse. Maybe because I recently wrote a short fiction piece about a couple surviving the apocalypse. I thought about the romantic qualities that would make for an excellent partner at the end of the world, and I realized I have none of them.

To be clear, I’m not saying romance is essential to living a full and healthy life. There are aromantic and asexual people everywhere thriving. However, although I would place myself squarely on the queer spectrum, I lay no claim to either of those identities and do see romance and sex as a necessary part of my lived experience.

I went to an all-girls Catholic school, so my romantic interactions with others — or lack thereof — were limited by the puritanical virtues I was taught and my own deep-seated shame about sex and sexuality. My parents also had me super young so, to prevent me from making the same mistakes they did, they discouraged recreational interactions with boys. I wasn’t a rebellious kid, so I followed their rules and had few guy friends growing up. I have zero now. Growing up, I was also religiously invested in getting good grades and maintaining my GPA, so romance was the farthest thing from my mind.

The result: I’m 22, and have never been kissed. I’ve never been on a date, I’ve never had a crush on anyone (man or woman), and I’m certain no one’s ever had a crush on me. I’m sitting in my room right now writing this, and I feel super embarrassed. I may delete this fifth life skill or replace it with something else but if I don’t, it’s because I opted for truth in my writing and not that I’m not ashamed of it. This is super mortifying.

I find it difficult to engage in romantic conversations with anyone. My body and my mind shut down, and the conversation becomes robotic and dull. What even is flirting? My anxiety means forming meaningful, aromantic bonds with people is already hard enough. Throw in the element of romance, and I feel like my heart is going to explode out of my chest. In those instances, I feel like I’m dying and also like I’m irreparably broken at the very best and at worst, hideous and unattractive.

I’m sorry if you’re ever stuck in an apocalypse with me. I can’t save you if you’re drowning. The food might be awful. Better hope you’re cognizant enough to drive and hold the purse strings (if money’s a factor at the end of the world). Oh and yeah, don’t expect any sultry and flirtatious conversation from me. You will be disappointed.

On a serious note, I’m 22 which isn’t old by any measure. Despite what other members of Gen Z might want you to believe, life doesn’t end at 30, and there’s always room for improvement. I’m not worried about lacking any of the skills I mentioned in this list. Ok, maybe I am a bit worried but not nearly as much as I was when I first started drafting this list.

I don’t feel like a fully formed adult yet, but seriously does anyone?

If you liked this post, please be sure to like this post! If you're able to leave a small tip, it'd be greatly appreciated and also, feel free to check out some of my latest stories. I recommend starting with this one:

More stories from Laquesha Bailey and writers in Lifehack and other communities.