39 Quick-Fire Historical Moments From the Month of August 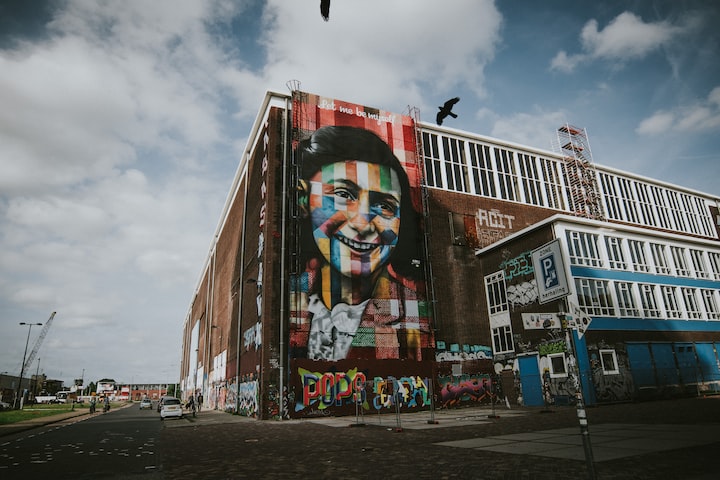 Photo by Ronni Kurtz on Unsplash

Our history is everything. It contains all the difficult part of our existence, our achievements, our highlights. It's our story. Here are 39 quick moments from history, that had different impacts on the future.

The English chemist Joseph Priestley discovered oxygen, which he called "dephlogisticated air", by isolating it in its gaseous state.

The Slavery Abolition Act 1833 came into effect on this day, making it illegal to purchase or own slaves within the British Empire.

"[I] keep on trying to find a way of becoming what I would like to be, and what I could be, if...there weren't any other people living in the world."

On this day Apple became the first American public listed company to teach the value of $1 trillion.

Following the Austrian attack on Serbia, Russia's mobilisation and Germany declaring war on them, they invaded Belgium and declared war on France, beginning World War I.

Adolf Hitler merged the offices of German Chancellor and President, declaring himself president, chancellor and head of the army, ie. the absolute ruler of Germany.

Barack Obama made history by becoming the first ever African-American president of the United States of America.

Following years of genocides, Rwandian Hutus and Tutsis signed a peace treaty in Arusha, Tanzania. Only a year after, the biggest genocide between them followed, where it's estimated 800 000 people were killed.

Humphrey Gilbert claimed Newfoundland for the British crown. It became the first English colony in North America, and marked the start of the British Empire.

The English computer scientist Tim Berners-Lee invented the World Wide Web, making it a publicly available service on the Internet.

The Ming Dynasty Chinese military general Cao Qin staged a coup against the Tianshun Emperor, fearing he was planning to have him killed. The rebellion was unsuccessful, and Cao Qin committed suicide to avoid being arrested and executed.

Following 18-year-old Michael Brown being murdered by a white police officer in Ferguson, Missouri, an uprising broke out and lasted over 300 days, inspiring nationwide protests.

This is the traditional date of the Laylat al-Qadr, when the first verses of the Quran were revealed to the Islamic prophet Muhammed.

The Aztec Emperor Cuauhtémoc was captured and later executed by Spanish conquistadors under Hernán Cortés. Their victory marked the end of the Aztec Empire.

The company finished production of the first Model T Ford. It was the longes production run of any automobile model in history, until surpassed by the Volkswagen Beetle in 1972.

Around 400 000 people gathered for the three-day concert in Bethel, New York. The event featured 24 bands, and was called «Three Days of Peace, Music and Love».

Hong Kong International Airport had to cancel all their departures as thousands of anti-government protester occupied the terminals for several days.

Napoleon rose from an officer in King Louis' Army to become Emperor amid the political chaos following the French Revolution. He built a strong army to acquire an empire for France, but was defeated and exiled.

The Real Irish Republican Army carried out a car bombing in Omagh, Northern Ireland. It killed 29 people and injured around 22o, making it the worst terrorist incident of The Troubles.

Gold was discovered in Klondike in Alaska, resulting in the Great Klondike Gold Rush, where around 100 000 prospectors migrated there.

A day of widespread riots in Calcutta between Muslims and Hindus, over whether Pakistan should be a separate state. Over 4000 were killed, and 100 000 were left homeless.

US President Bill Clinton admitted that he had had an "improper physical relationship" with Monica Lewinsky, who worked as an intern at the White House.

On this day the 19th Amendment to the US Constitution was ratified. This granted all American women the right to vote.

Communist leaders of the Soviet Union attempted to depose Mikhail Gorbachev in a coup d'état. The coup collapsed in two days and Mikhail returned to power.

The first Dutch East India Company fleet returned from the Far East. The fleet had reached Bantam, and returned to the Netherlands with a small cargo of pepper.

The first known African Americans arrived at Point Comfort, Virginia. They were then sold or traded into servitude.

After secret negotiations in Norway, the Oslo Peace Accords were signed, in an attempt to resolve the ongoing Israeli–Palestinian conflict.

One of the world's most famous mythical beasts was "spotted" for the first time.

The day of William Wallace's infamous, cruel execution. He was a Scottish knight one of the main leaders during the First War of Scottish Independence.

The first ever US National Women's Rights Convention took place in Worcester, Massachusetts.

Galileo demonstrated his first telescope to Venetian lawmakers, which in turn supported Copernicus' theory that the planets revolve around the sun.

Mother Teresa was born in Skopje, Yugoslavia (now North Macedonia). She founded the Missionaries of Charity in Calcutta, India, and spent her life working to help the poor and sick.

Slavery was abolished in the United Kingdom. More than 800 000 enslaved Africans were freed in the Caribbean, South Africa and Canada.

Over 250 000 people attended a Civil Rights rally in Washington, D.C., where Martin Luther Kind, Jr. made his famous speech "I have a Dream".

With his 17 Grammys, there's no denying that Michael Jackson was one of the biggest musicians the world has seen.

Great Britain and China signed the Treaty of Nanking, ending the first Opium war. It's considered by Chinese as the first of the unequal treaties forced upon them during their time as a colony.

Britain's Princess Diana died after the injuries she sustained in a high-speed car crash in Paris.

Those were 39 historical moments from August, representing different areas of our society. I hope you all learned something new!