10 Remarkable Facts Of The 18th Century That Will Surprise You

by James Murphy about a year ago in list 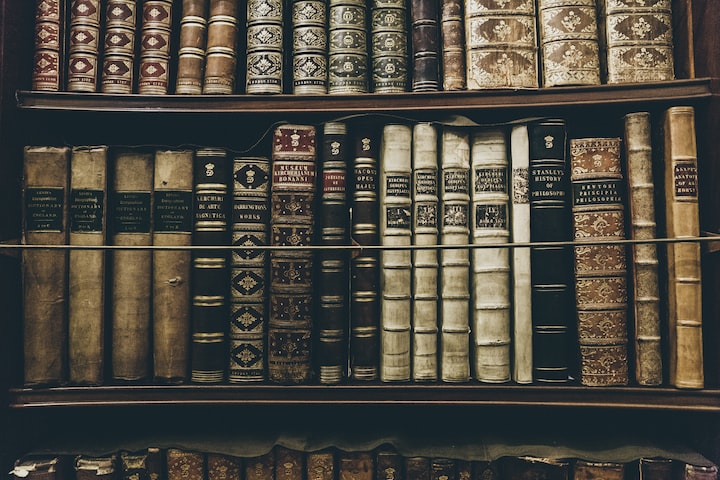 Even though the past is full of unrecorded stories and tales there is still enough to tell. After all, there were no enough means to keep everything for future reference

In this article,we have gone back to the archives and pulled together remarkable events and facts that could make you understand how life in the 18th Century looked like.

Well, there was no internet or electricity; that you know. But there were several things we just can’t forget and that shaped the world we live in today.

Typically, the 18 Century also known as the century of reason or the century of lights is the period between 1st of January, 1700 to 31st of December 1800.

This was the time when the slave trade and human trafficking was rampant and violent globally.

We can’t forget the 18th Century as it was the time when the world experienced other events such as the counter-revolution, the French Revolution, and others.

And of course, these are the times when the Polish-Lithuanian Commonwealth was brought to an end.

As you can see, the 18th Century is characterized by both great achievements and unfortunate happenings.

We also cannot list everything that happened in the 18th Century and fail to mention the European colonization of the Americas, the French and Indian War, the formation of the Durrani Empire, etc.

Looking back in the day and here are ten remarkable facts of the 18th Century that willamaze you.

1. Christmas Was a Serious Thing

What comes to your mind when Christmas comes? Or how do you celebrate the Christmas day?

Ideally, the Christmas of the past isn’t that of today.

Usually, when it’s Christmas time, people think of buying expensive and satisfying things, traveling and exploring and some even do evil things. And all this is done in one day, the 25th of every December.

In the 18th Century, Christmas was a twelve-day event.

During these 12 days of celebrations, people engaged in playing games, feasting, sending and receiving presents, doing parties, for 12 successive nights. Imagine how serious Christmas was during those days.

No businesses were opened during the Christmas period. And after that, mid-January was the Twelfth Nightholiday. There were also remarkable celebrations during this time and in fact, Twelfth Night is said to have seen huge celebrations and events than Christmas. Fascinatingly, the holiday was meant to bring people back into their normal day to day activities.

How much does it cost to get an education in the 21st Century? Or how long do you need to be in school to become fully educated?

These days, education is not only difficult but is also expensive.

Back in the 18th Century, education wasn’t hard. In fact, people believed that you don’t have to go to school to get an education; or perhaps that was their mentality during those times.

That’s why in London and the whole of Europe there were coffee shops all over where intellectuals from Oxford and Cambridge universities gathered to enjoy coffee.

People could buy a cup of coffee and pay attention to the advice shared by these intellectuals. A cup of coffee was cheap by then.

These intellectuals could talk about the politics of the day as well as share knowledge on all types of subjects.

The Frankist Movement led by Jacob Frank around 1750 is also another remarkable thing we can’t give a blind eye as it is recorded in the history books.

Jacob Frank was a man who claimed to be the messiah of the Jewish and Christian religions.

Perhaps this will shock you.

Unless it is just recorded just to make us get a picture of life in the 18th Century but around 1760, history tells us that there was a Learned Pig was trained to do the math, play cards, read your future and tell the time.

All this happened in London when the city experienced all sorts of attractions year-in-year-out. In fact, during the 1700s London saw a huge growth of bearded ladies.

You may think that life in the 18th Century didn’t have cool things but people enjoyed soda.

Well, perhaps it’s not similar to the soda we enjoy today that’s why we have featured it in our facts about the 1800s.

According to the college essay writing service, the person who invented soda in the 18th Century was known as Joseph Priestly. Joseph a philosopher and academic chemist could mix oxygen and water.

Perhaps Joseph did it for fun or to make people enjoy soda but J.J. Schweppe capitalized on it seriously that it became a huge business- you must have heard of Schweppes’ ginger ale.

During the 18th Century, the English Parliament enacted the Beerhouse Act that permitted people to get alcohol licenses at an affordable price and sell beer in a bid to abolish public alcoholism that saw people taking dangerous spirits.

The Act brought about the rise of beerhouses which saw people selling beer in their front doorways. Public intoxication became rampant and so England enacted stricter laws in a bid to stop people from drinking too much alcohol.

The 18th Century was also the era of bed bug infestation. The infestation was so rampant that people got used to living with bed bugs. During that era, women used kerosene to control and kill the bed bugs as they were causing multiple health problems.

Brushing the teeth wasn’t a big deal. In fact, people could wipe their gums using a cloth or a toothpick. It was that simple.

The poor and women suffered poor dental hygiene than men. Perhaps for women, it was because of the vitamins they lose during pregnancy. Thankfully, in the early 1700s Marvis, an Italian company started producing toothpaste, not sure whether the company is still in existence as of the time of writing this article.

Unsurprisingly, the poor preferred to buy meat than the Italian toothpaste as they thought it wasn’t an essential thing to them.

While we value personal hygiene, in those days, taking a shower wasn’t a priority.

In fact, many said bathing could make them weak and in fact, they feared that hot water could bring disease into their bodies.

Typically, most books were written about prostitution because at least that’s the era when that business was rampant. In fact, it was around the 1700s when a book titled Harris’s List of Convent Garden Ladies was so popular as it was written to guide people on how to choose the best prostitute.

Back in the day, women didn’t shave their body hair. Well, some countries still don’t allow women to groom their body hair but at least that was life in the 18th Century.

A look back onlife in the 18th century brings about a lot of facts and eventsthat perhaps shaped the life we live today. These are just a few of the remarkable facts of the 18th Century we thought of sharing with you.

We would also be glad to hear some facts you know about those years in the comment section.

An enthusiastic writer, blogger, and just an incredible guy.

See all posts by James Murphy →