by Jyoti Meena 6 months ago in humanity

I spent 6 months as a mental health volunteer in an Indian prison. 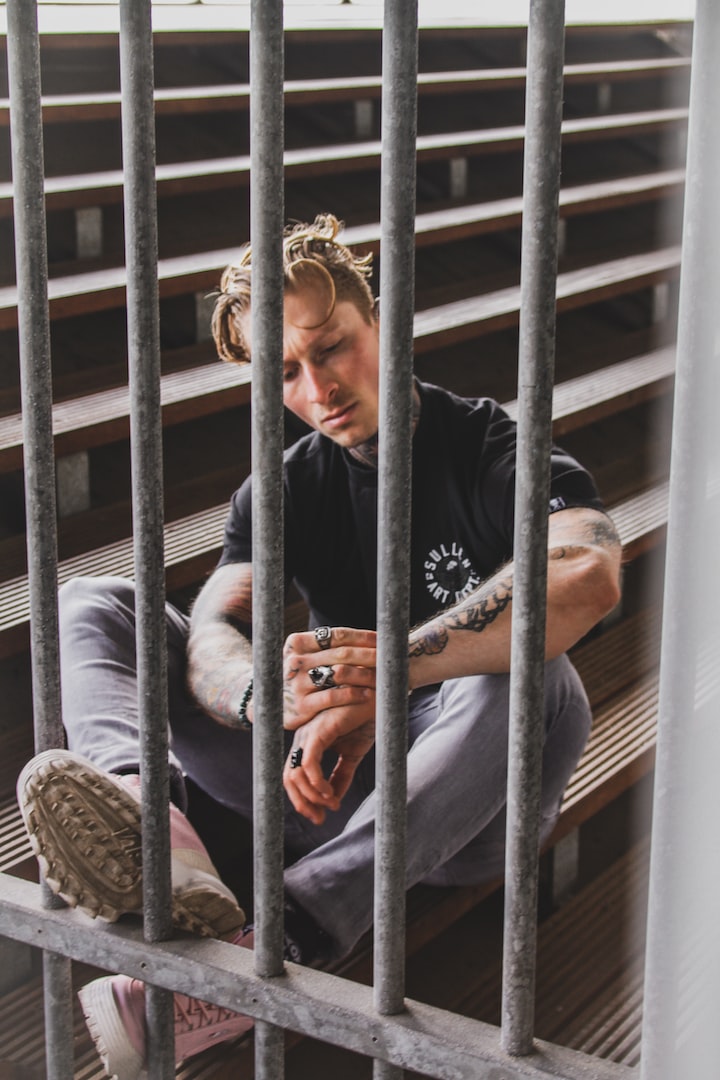 Photo by Sem Hovingh on Unsplash

In 2017, I was given the opportunity to go to an Indian prison and work as a mental health volunteer for the female inmates.

The main aim of the weekly visits was to provide the women with an emphatic, listening ear while taking their complaints to the legal consultant of the organization we were working with.

As our professor said at the time, sometimes authentic listening is the best thing you can do for someone.

Coming to the organization, it is a non-governmental international body with its chapters in various countries. They collaborated with my undergrad psychology department to provide the prison with mental health volunteers, mainly due to the reason that there was the unavailability of any type of mental health aid to the inmates at that time.

Our efforts actually encouraged the prison staff to launch a mental health service for the prison population in the coming years.

On the first day of my volunteer program, I was nerve-wrecked. The only source of information I had about prison life was from western TV shows such as prison break and banged up abroad on the Discovery channel.

The mental image I had was composed of sharp, tall fences, scary-looking women, and pitched black corridors.

However, when I stepped into the prison compound, I was met with bright-lit, lush green yards, lush trees, and the absence of a fence. Women were roaming in the yard without any uniform.

I even spotted an elderly woman tenderly combing another woman’s hair as they sat under a tree.

We were assigned to one of the wards where women who had just come to the prison and waiting for their trial were housed. The one-floored building was made of living quarters and a common washroom area in the back. There were two smaller yards — at the front and the back with a shed covering the top.

As we entered the building, I spotted women sitting on the floors and socializing. They looked at us for a second and paid no further attention. As we waited for someone to approach us, an old inmate with a chipped tooth approached us with a beaming smile.

She introduced us to the prison system and painted a rosy picture about the living situation (we would come to know that she was just lying to ease us on the first day). At the end of the day, she felt like a friend and waved us goodbye.

She even offered us water from her bottle (which we declined due to safety reasons).

In the next 6 months, we got to know a lot about the prison. We learned how the apparent freedom was an illusion and they had strict curfews and cramped spaces to sleep.

The first-day illusion wore off soon and the harsh reality of the system became visible to us.

You can never judge people based on their circumstances.

On one of the days, I was sitting on the floor, and chatting with one of the inmates about her struggle with substance abuse prior to the arrest. All of sudden, I heard loud celebratory cheers from the outside. All the women raised up and dashed outside.

It turned out that a woman had gotten bail after months of appeal and was going to reunite with her young son.

The other women hugged her and clapped her back with huge smiles on their lips. Some even started shedding silent tears. For that short time, everyone forgot their own worries and concerns. They rushed to congratulate their fellow inmate who was going back to the free world.

I was surprised, to be honest. I expected the women to be selfish. After all, they were in prison where everyone was supposed to fend for themselves. My prejudice said that they would not care for a fellow prisoner.

The day taught me that I could not judge people based on their situations.

Even in the most difficult of circumstances, humans have the capacity to hold each other high. No matter where and who they are.

“There is nothing more beautiful than someone who goes out of their way to make life beautiful for others.”

― Mandy Hale, The Single Woman: Life, Love, and a Dash of Sass

Most prisoners are just unlucky or poor — not criminals.

In my 6 months of working in the prison, I heard countless narrations of inmates. One common theme was abject poverty and consequent lack of monetary resources.

In my entire experience, I did not come across a single person who could be considered even an upper-middle-class.

One lady told us about her illiterate aunt and how she was duped by a lawyer of the money she collected to get bail for her niece. Another woman narrated that her husband stole all her savings and ran away, while she got arrested for his drug stash.

I would not say all the women were innocent and wrongly accused. A woman outright accepted that she murdered her husband.

However, the majority of the women were poor, with little to no education. With no autonomy of their own, most of were either following their husbands who were the real dealer or they were abused into entering into the lives of crime.

One inmate shared her moving story of drug peddling to feed her children after her husband ran away with mounting debt. Since her husband was into this business, she knew no other way to fend for her children and pay the heavy debt by herself.

This made me really wonder whether everyone was a criminal just because they were in jail, or just a poor, unfortunate soul who lost their autonomy in the patriarchal capitalistic world and landed in the prison cells, sometimes for the crime they did not commit.

Something almost shocking to my 20 years old self was the treatment of inmates by the prison guards. While they were careful enough to not let it slip in front of us, we did end up witnessing some incidents of abuse of power.

I would forever remember the women lining up in the courtyard for their assigned hour for a phone call and the prisoner guard getting annoyed and refusing them access. As an empathetic bystander, I could feel the disappointment and pain on the inmates’ faces.

It reminded me of the Standard prison experiment, where Philip Zimbardo, an American psychologist, and Professor at Stanford college found out that

The Stanford Prison Experiment revealed how people will readily conform to the social roles they are expected to play, especially if the roles are as strongly stereotyped as those of the prison guards.

Because the guards were placed in a position of authority, they began to act in ways they would not usually behave in their normal lives.

While the study has been criticized immensely, however, the significance of social roles and power influencing the behavior remains critical.

Having power over someone can seduce even the kindest to commit the greatest of crimes.

“One could succumb to such power. It corrupts the foolish and tests the resolute.”

Mental health is not limited to individual factors only.

In India, according to National Crime Records Bureau 2015, the entire mental health workforce, comprising clinical psychiatrists, psychologists, psychiatric social workers, and psychiatric nurses, stands at 7,000, while the actual requirement is around 55,000.

Looking at the wide gap between the need and the services available, it becomes vital to make available affordable mental health facilities to all the section of the society.

This volunteer experience was my way of adding to filling the wide chasm between the need and service.

While the prevalence rate of a severe mental illness, such as schizophrenia is 5% in the general population, the percentage is as high as 10% to 25% in the US prison population.

This also adds to the role of the systemic factors playing a role in mental health.

Social factors such as gender, race, caste, class as well as the larger social institutions such as disability and social security systems, labor markets, and health care organizations impact the mental health and psychological well-being of the people.

Thus, mental health is influenced by macro-level structural determinants as much as it is impacted by the micro, more personal life incidents.

The experience of volunteering in the prison setting was a life-changing experience.

I went inside the compound as a person with prejudice and fear on my mind and returned as a new individual with a better understanding of human behavior and larger societal factors affecting that.

I developed friendships with some of the inmates and a few even cried on the last day of work.

Saying goodbye turned out to be more difficult than the initial greetings.

humanity
Jyoti Meena
Read next: Why Denny's Is the Perfect Starter Job for a Cook
Jyoti Meena

See all posts by Jyoti Meena →