Why the Stock Market is Evil

by Robert Kegel 8 months ago in wall street
Report Story

How I think it makes companies do evil things 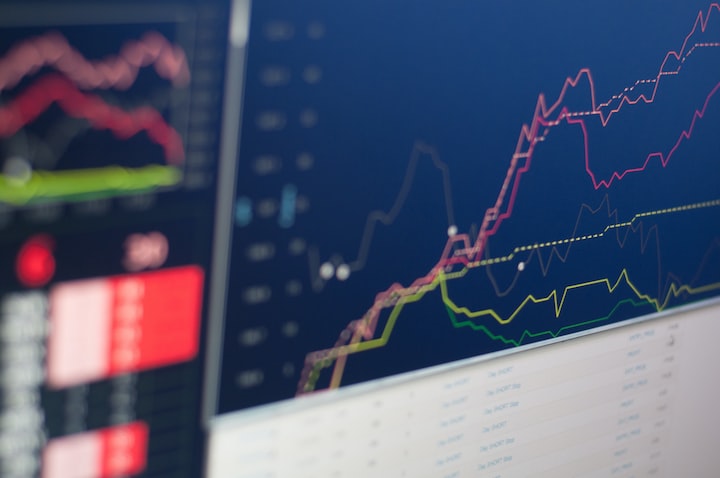 Photo by Nicholas Cappello on Unsplash

The stock exchange used to be a good idea. Anyone could buy stock in a company, hence owning a piece of that company. Now though you have companies that will do whatever it takes to raise the price of their stock and a lot of these things are not consumer-friendly.

Companies nowadays care less about making the consumer happy by giving us products that we like, that we want, and more about gouging us for every penny we have.

Look at cable/satellite TV vs streaming services. People who got fed up with their TV providers decided to go with streaming, and that worked for a while because streaming was cheaper. You could get Netflix and/or Hulu along with Hulu TV and get most of the content you wanted to watch, and the rest there were free services to watch most of the content you wanted to watch. It was a pain in the ass because you had to go on to separate services to watch shows but it worked.

Now it seems like every movie and TV company wants a streaming service and this means you have to shell out more money to watch the shows you like, and if you live in a multi-person family with kids that can get even more expensive. You could pay as much as if you bought cable and you have the jankiness of having to load different apps for different programs on top of it. On top of this companies like Paramount and NBC take shows off their channels and put them on the streaming services so shows you might have watched 3-4 seasons of you have to pay for their service if you want to continue watching.

There is a fix for this and one that would be ok for the people who don’t want to pay for a service but want to watch shows and that would be they have a free option with commercials. Let's take Paramount + and Peacock, they could have their pay services and have the people who don’t want to pay watch on their service with commercials. Now they probably thought of this and figured (people would just watch the free service and we’d lose out on the per month revenue) and if they brought out the content on the same day or week as the content was put on the paid service, I might agree but they could wait till the season is over to open up the free streaming of that show. For instance, if a show has 12 episodes for a season which would be 12 weeks, then the person who wanted to watch these shows would have to wait 12 weeks to watch them. If they really wanted to they could have people wait 6 months or a year to watch these shows. I think most of the people who paid for the service would continue paying because they wouldn’t want to have to wait to watch their favorite shows, while the people who wouldn’t pay for the service could wait and watch the shows. It's simple but these companies have an all-or-nothing frame of mind. They could be making money off of commercials on the free service but they won’t because of their singular way of thinking. Hulu who does have a cheaper tier with commercials could add one 30 minute commercial per show and make that tier free because they’d probably make about the same amount of money. HBO could make a free tier too and just make it for shows or if they do make it for movies as well let the free tier watch them a year after they’re released on HBO paid service.

Another way companies try and gouge their consumers is by overinflating prices. That $1000+ phone you bought only cost a fraction of that amount to make. Companies will say things like “the money goes to R&D” but most of the money goes into the pockets of the higher-ups in the company. When I was younger a million-dollar company was a big company. Now there are multi-billion dollar and even trillion-dollar companies and the bigger the company gets the less consumer-centric they get. Companies went from giving people what they want by innovating to telling people what they want and bringing out tiny updates to what they brought out the year before.

Also, companies keep getting bigger by buying other companies. You have companies that try and do too many things and by doing so it waters down their brand because they go from doing one thing well to doing a bunch of things half-assed. A phone company should just do phones and if they want to bring their 5G internet to the home they should license it out. ISP’s should just be deal with the internet and not get into phone services. Content providers should just distribute TV and movies...etc. This way they can do one thing and do it well, also it’ll allow them to do business with other companies as a way to expand, without buying these companies (and exclusivity deals should be short-term).

A lot of this I think has to do with stocks. Companies feel they have to keep making more money, beating what they made the last quarter or last year and by doing so they have to become evil, doing crappy things to the customers that buy their products. Then you have lobbyists and companies' board's that basically say “We have to make more money...more, more, more” and if companies fall short then they could fire the CEO. This is a simplification of how things work but enough to get an idea.

Maybe the stock exchange should be something of the past? If it can’t be fixed and made to make companies more positive and want to do what’s right for the people who buy their products and services, then maybe the Government needs to get rid of it. Let every company just run and give accolades to the ones who customers actually like because of their services, products, and their fair costs.

Maybe this is just a dream of mine, like the dream of getting rid of money altogether, but it’s a nice dream.

More stories from Robert Kegel and writers in Journal and other communities.