Why Singapore became rich so fast and they will remain rich

by Tanvir Rashik Shafim 4 months ago in politics 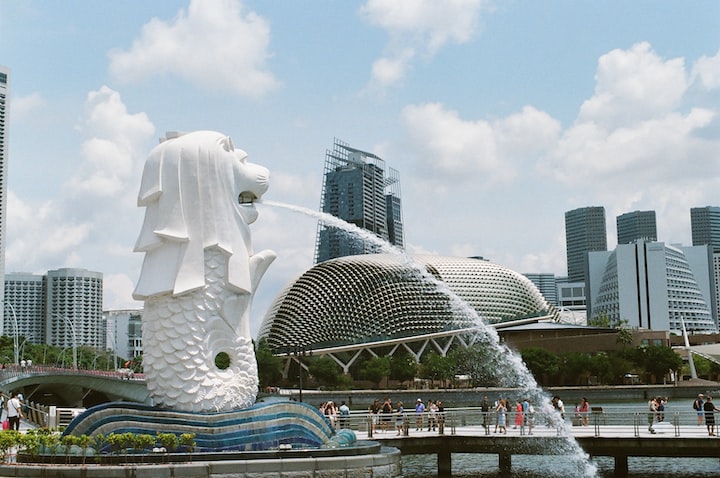 Photo by Jisun Han on Unsplash

Recognized as the “Four Tigers of Asia”, one of the countries is Singapore. The other threes are Hong Kong, Taiwan and South Korea. Recently in the most competitive economics ranking , Singapore has crossed USA and Hong Kong. The report is from Switzerland based business school IMD. And there are plenty of things to learn from this report.

If we discuss the reasons why a small country of South-East Asia “Singapore” has come at the top leaving the other dominant countries of the world, few issues come in front of us:--

Geographical position: Singapore has become an important country for it’s neighbouring countries from the perspective of business-strategy as it is located just in the middle of South-East Asia.

Suppose, we have a container ship and we need to reach to Japan and South Korea starting from Middle East. If we consider the most efficient path, absolutely we have to go through the Malakka Strait. In order to cross the whole path the ship needs to be refuelled. And for that purpose, Singapore port is the best option. There are plenty other facilities. That’s why most of the countries are interested to trade with Singapore. And they are progressing fast.

Stable Political Situation: The most active political party of Singapore is People’s Action Party. One of the major founders of the party, Lee Kuan Yew, was the first prime minister of the country. During his 30 year rule, he uplifted Singapore from “third world country” to “first world country” in a single generation. That’s why he is recognised as nation’s founding father.

This stable one-party-rule political system has provided a fertile foundation for economic growth. Combined with the charisma and leadership of a visionary leader, Singapore was able to develop and outshine many other developing countries.

According to the Master Plan(MP), the best use of statutory land is ensured. Middle term plans i.e. 10 to 15 years were taken and after each five years the progress of the projects were reviewed by the government. Gradually, those are converted into long term plans. While providing stability, Master Plan is flexible enough to provide amendments as circumstantial needs arises from time to time.

We can understand the massive importance of stable internal political arena for the development of a country from the example South Korea.

In South Korea, new president Moon Jae-In completely destroyed many industries and projects overtaken by the previous government immediately after rising to power. The industries which took few decades to stand were destroyed in few years. I don’t see any good in doing the politics of revenge. The political parties are not just competitors rather they are co-workers to build the country.

So, it is evident that the tactics to keep the internal condition calm is pretty mush useful and Singapore is an great example in this case. But I have to make sure that I’m absolutely not talking about autocratic government. That’s never been a solution ,right? (It is a separate debate. Let’s avoid it for now)

Skilled Manpower: The contribution of talented youths of Singapore is also mentionable for their progress. Many talented young people go abroad with scholarships. They have a condition that they must have to work few years for the country after coming back. Moreover, skilled govt. workers are highly paid. They enjoy lots of other facilities like bonuses and much more. Nevertheless , Singapore govt. ensures strict punishments for the govt. Workers if they are involved in corruption somehow. But still most of them are patriots. Working for the country thinking it my own land really mesmerises me.

Singapore is famous all over the world for low cost tariff. They don’t even take taxes in many sectors. Even no tax is imposed on the transaction of gold-silver. For this reason, foreign investments are increasing day by day in Singapore.

Another amazing thing I need to mention of course. Singapore’s public transportation, including buses and Mass Rapid Transit subways, is the best in quality and surprisingly, cheapest as well compared with other developed countries such as the US and UK.

On the other hand, one has to face much restrictions while owning private cars. The price of a private car is 4 times more compared to the same car in South Korea. And due to this restriction, public transport has become easy in Singapore.

The key trick here is that those living in HDB, using the MRT and eating at relatively cheap local food centres can also maintain quite good standards of living. In a sense, Singapore has created systems for both the rich and less rich, but even for the less rich the living standard and environment is not sub-optimal at all.

All of these rules and regulations made Singapore developed so fast. As long as the rules are there, Singapore will remain rich. There’s no doubt about it.

###Point of views are taken from the journal of South Korean writer “Joon Young Kwon".