Why I resigned from my first internship in a corporate office?

by Kshitij Chitransh about a year ago in industry
Report Story

The corporate world is harsh. It acted as an eye-opener for me during my internship. Here's an excerpt of the experience of my first professional beginning and what you can learn from it. 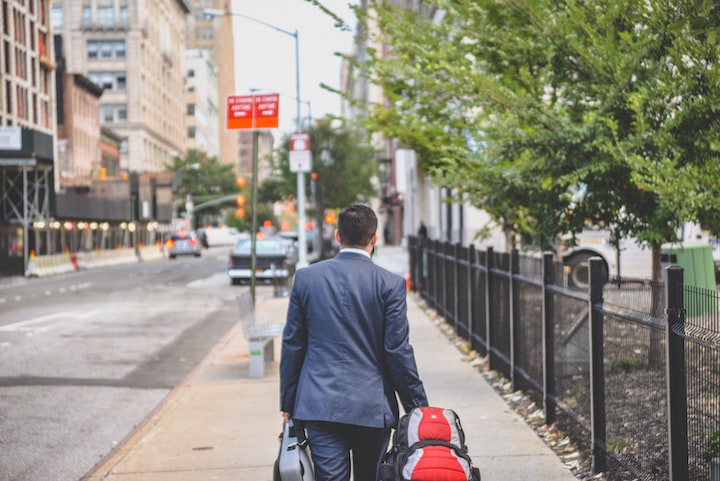 Photo by Romain V on Unsplash

It was Friday night. My boss said, "why don't you leave a little early tonight?"

"I'll pull off in a few minutes, sir", I replied despite knowing that client would need the deliverables by the Monday morning.

My boss was a new partner in the firm. After working into some of the top-notch 'Big Four' consultancy firms for more than 15 years he set up his team in the firm where I joined as an intern.

In the initial days, I would greatly idolize him. The way he walked into the office, with a beaming smile and the charismatic aura attracted me in a way that I started to admire him exponentially with each day of my internship. I would glance through the translucent glass cabin upon him and would secretly regard with respect to his style of working. His sense of humour and the positive attitude towards life was something I revered a lot.

Being a 21 year old intern my interaction with him was barely limited to morning greetings. I reported my work to my senior who was a beautiful girl, a graduate from the King’s College in London. She moved back to India and joined our new team as she was not willing to work in the UK.

She guided me through work for quite some time and later resigned from the job to join a ‘Big Four’ firm in Delhi. Before leaving she had a dispute regarding the work pending as the partner and director of the team wanted my senior to over-work her between the receipt of the letter of dismissal and the end of the last working day.

“Do not trust them. They only care about their clients”, she warned me before leaving.

I shrugged off her opinion.

Eventually, the onus of the work fell upon me as we only had three people left within the team now – I, along with the partner and a director of the team.

The director was a lady, somewhere in her late 35, unmarried, and loved to travel solo around the world. She was workaholic.

After my senior left the organization I had to report my work straight to the director of the team.

She literally blew my ass out. I begin spending more than 14 hours into the office. She forgot I am an intern and treated me more like a full-time employee.

“I want the deliverables on my mail before you leave for home without any excuse”, she reminded me every day.

One day I mistakenly forwarded a wrong file to the partner and marked the director in the mail as well. I had to travel outside India to attend a student’s conference since I was selected as a student to represent my country in a competition on foreign soil. Hence, my cellphone was unreachable and I was only available on the text.

When I returned back to the office, the partner scolded me for my mistake.

Initially, I was reluctant to admit my error but later realized my mistake and apologized to the partner.

Time flew and by now, I was fed up with the work culture of my team. I decided to put in my notice paper of resignation.

While I was serving notice period I applied for leaves to attend another student’s conference. The leaves were for the weekend, which I was entitled to.

I was denied the leaves.

I went straight to the director.

“I really want the leaves as I have to go somewhere, ma’am”, I requested politely.

“No. We can’t permit as the work is piling and we need you to come on Sunday as well”, she ordered furiously.

“Please, ma’am. Please.”, I have been selected as a student to participate in a competition for which I need to go”, I kept pleading.

She did not grant the leaves. She was heartless.

I went to the partner’s cabin. As soon as I entered, I broke down. Tears started rolling down my cheeks.

“Sir, I am not being allowed to participate in the student’s competition. It was my dream to win this and I want only a day off”, I said in a sobbing voice.

The partner asked me to sit. He poured water into a glass and offered me. He called the director into the cabin.

As soon as she arrived, he looked towards me and said abruptly, “why should I permit leaves. It is your work and we want it to be done. Where were you when you sent us the wrong files?” He continued angrily “who will answer the clients if the work is incomplete”

I couldn’t believe what I heard from him. The person I admired the most turned out to be so mean and selfish that he gave zero fucks to my request.

I politely said “fine, I will cancel my flight tickets and would come on Sunday”

It was then when I truly realized that the corporate world is harsh and ruthless. Nobody really cares about the dreams of subordinates.

Everyone is busy minting money and the fake smiles are a testimony to lookalike people care and support others. I recalled my senior’s last words when she warned me of such people.

I resigned and joined an industry in my last year of internship. Luckily, I met a really kind and supportive mentor this time.

I write short stories surrounding my life experiences. Stories revolve around India and its culture, finance, and spirituality.

Text me on Linkedin: Kshitij Chitransh

More stories from Kshitij Chitransh and writers in Journal and other communities.