Why I Quit My Job Without Having a Backup Plan

by Brown Eyed Girl 20 days ago in career

“Why on earth would you do that!?” said my dad…and to be honest, everyone else said that too when they realised I hadn’t got another job lined up. I was officially straight-lining myself into unemployment.

I always dreamt of quitting my job to jet set around the world, move to another country or state, becoming a stay at home mum, or working for myself. Little did I know, I was going to do it to stand up for myself.

Sometimes you reach a point in your life where everything turns against you, the rollercoaster of life plummets down, you hit rock bottom, yada yada…well my life was going well, great in fact! My grades in Uni were the best I ever had, I was best friends with my ex (I still loved him okay…don't judge), I got offered an international internship, my daughter was thriving and I was on cloud nine, then one day…BAM!

Before I get into the juicy details I know you’re all here for, you need to know the back story. Okay, I was at this job for 10 years…literally, my 10 year anniversary was supposed to be 3 weeks after I quit (which come to think of it, is probably another reason why my dad was pissed. Missing out on that long service leave payout was not a big enough incentive for me to stay). Anyway…I worked there for 10 years and 8 out of those 10 were great! I got a promotion, was one of the hardest working people there and accepted extra hours even though I knew I couldn’t really do them, I worked my way into being a respectable employee…or so I thought. 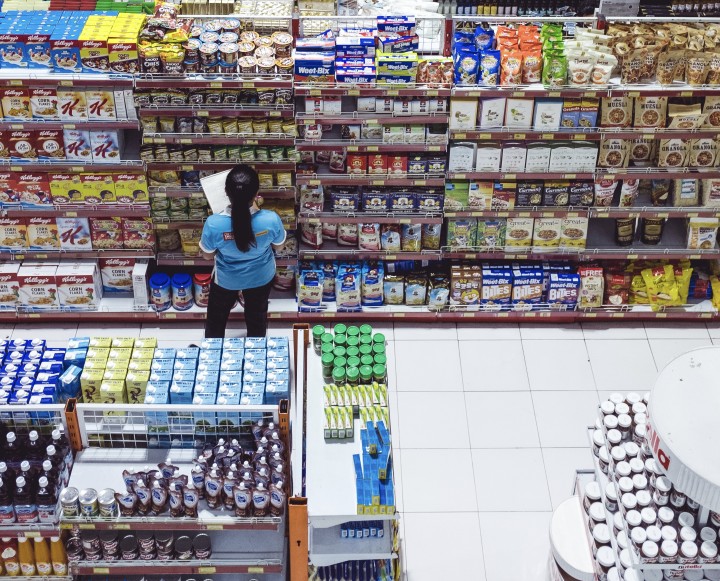 So there I was being an amazing customer service representative, doing my job and managing the staff, when this lady walks through the door. Now, this lady is known to everyone in the store, she steals all of the time, it’s a well-known fact, even the manager knows and just shakes his head. So anyway, there I was being a great rep when this lady walks in, I see her and say hi so she knows I’m there. Next minute, someone I work with comes and tells me she’s put some stuff in her handbag. I roll my eyes like “here we go again” and walk past the aisle where she’s shopping. Right there, in front of me, in plain sight, she stuffs more groceries in her handbag! Urghh…

I race to the counter to call the shopping centre security guard, who also knows that this lady steals every time she’s in. He races to our store and we’re all waiting for her to come through the checkout, so we can bust her! Anyway, this is where things start heading down hill. I stand in self-serve because of course she never likes to use a normal check out *cough* thief *cough*. I’m standing there and she scans literally three items through and pays, she tries to leave when I politely ask to check her bag…NO! I’m not even kidding, this lady is pissed! She says I can’t check her bag because I’m “accusing her of stealing” (I mean I know she is but I never said that to her face because I don’t want to die).

Long story short, she didn’t let me check so I called the manager on duty down, who also said she had to because it was store policy, she was super angry and stormed out with her handbag full of goods…and guess what the “security guard” didn’t do shit! He also said he can't accuse her of stealing! Pfffttt…. let me emphasise the fact that EVERYBODY, and I mean EVERYBODY knows this lady steals, but they just refuse to do anything about it which is wrong in itself, but anyway back to my story.

A few days past and I’m back at work for the first time after the incident. As soon as I walk in I get asked to go to the Manager’s Office. Here we go…

We sit down, he shows me the CCTV footage of her stealing, and I’m sitting here thinking I know what he’s gonna ask me “why’d you let her steal”, blah blah blah…but nope! Out of nowhere, he says “what on earth were you doing”, he blatantly tells me that I accused her of stealing (which I didn’t), I should have just let her be (which baffles me!) and I went about it the wrong way…I mean! Are you serious dude!?!?!?!?!

Long story short, she rang up and complained about me to Head Office that night, Head Office sympathised with her because only people who work in the store know she steals. On top of that the Manager says to me that he’s “been keeping an eye on me for a while”, I mean what on earth does that mean! I’ve been such a hard worker for the longest time!! A$$HOLE

Anyway, as a result from all this, I got my managerial position stripped away from me, my hours reduced and I was told that night I had to apologise to her and….wait for it…give her a $50 gift card for accusing her!!! WHATTT!!!! So that night I did as I was asked gave her a gift card, watched her steal some more and let her walk out with her handbag full of groceries. That night I went home and cried and made the decision to leave.

I just couldn’t believe that after all those years of working hard, all those years of being a great manager, all those years of actually loving my job, that this is how I was going to quit. It broke me, completely broke me. I was not only leaving my job but also a family, everyone else (besides the boss) was my friend. They had seen me go from a 14-year-old student to a working mum, they had literally been there for me for years. I ultimately decided to quit because I was so embarrassed that I had to apologise to the lady for stealing, felt so sick that all my hard work wasn’t even acknowledged over the years, got demoted for doing my job and because I had to stand up for myself and let the boss know that he couldn’t treat people like that.

I walked in the very next morning, walked up to the boss with a straight face and told him “this is for you”, put my letter in his hand and stormed out. Only when my back was turned did I absolutely ball my eyes out, I was even physically sick that day because of what I was leaving behind.

I spent the next 2 months unemployed and completely broke, but never regretting my decision to leave. I eventually applied for a customer service role where I now work, however somehow miraculously got the job as a copywriter, which just so happens to be what I was studying at Uni! I couldn’t believe it, either luck was on my side or it was destined to be. Either way…it’s okay to quit your job without having another one lined up. Life isn’t perfect and shit happens. If you truly believe a place isn’t for you, have the courage to leave and find something better. It’s okay to stand up for yourself.

Just a girl who writes about whatever pops into her head 💭