What Is a Writer, Anyway?

by Joel Eisenberg 11 days ago in industry

If you can figure it out, you’re one up on me. But I’ll do my best.

That quote is one of my favorites ever on the craft of writing. Hemingway bled and then bled some more, creating some of our greatest literary fiction (“The Old Man and the Sea,” “A Farewell to Arms,” “The Sun Also Rises,” “For Whom the Bell Tolls”) … until he died in 1961 under curious circumstances. 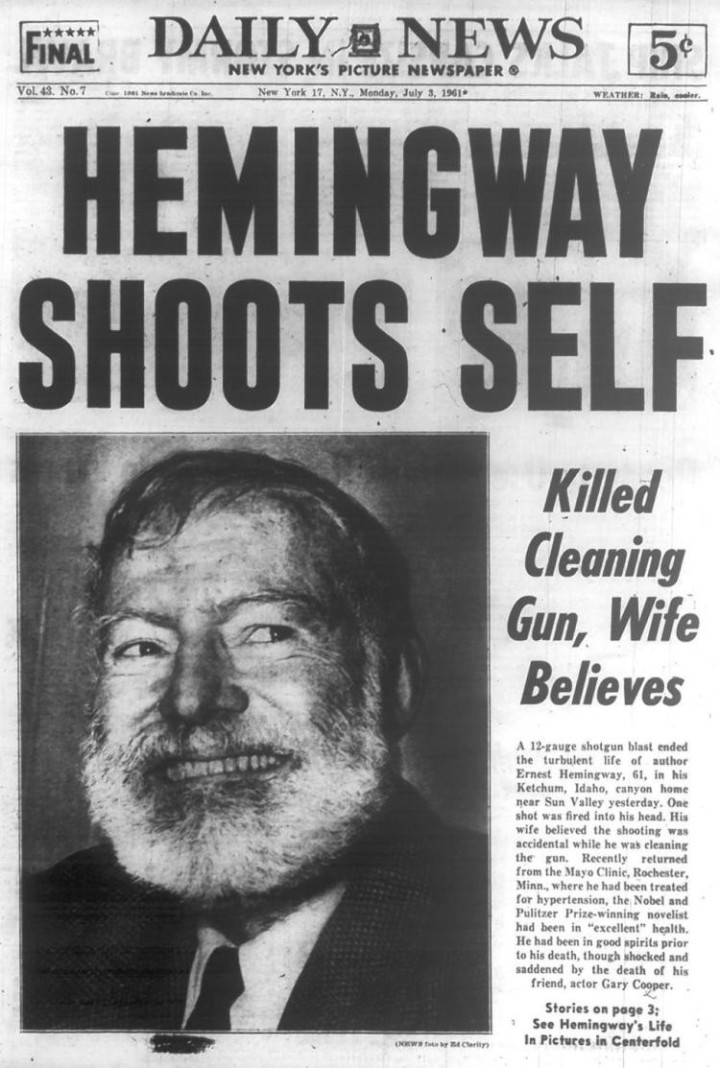 I lead off this article with Hemingway for reason. Throughout history, writers have been canonized, passed into myth and legend … and regarded as some seriously eccentric and flamboyant individuals who have lived radical lives and died colorful deaths.

With a compulsive need to type. Or write longhand, in some cases. Or even record into a dictation app. Just to get certain points across.

But not every writer is an avid outdoorsman as was Ernest Hemingway. Or a downtrodden, poetic soul a la Edgar Allan Poe. Or a drug-crazed adventurer as high on life as he was keen on death, like the late Hunter S. Thompson. In fact, Thompson’s longtime collaborator Ralph Steadman once wrote:

He told me 25 years ago that he would feel real trapped if he didn’t know that he could commit suicide at any moment. I don’t know if that is brave or stupid or what, but it was inevitable. I think that the truth of what rings through all his writing is that he meant what he said.

Football season was over; age and chronic illness sapped his spirit. Thompson shot himself in the head.

Actor Johnny Depp is said to have paid $3 million for Thompson’s funeral. The author’s ashes were fired from a cannon that had been placed atop a 153-foot tower, shaped like a fist grasping a peyote button, amidst red, white, blue, and green fireworks. There was more pomp, alas, but this was the gist.

Not every writer leaves this planet with such headline-making fanfare, of course — though we probably deserve it considering how underestimated our efforts are — but for those who do … they’re tough to forget.

Today, we live in a world where anyone can be a published or produced writer. An author can self-publish and attain distribution. A screenwriter can independently finance and do the same. The latter is much tougher, of course, but both possibilities, while they have existed in reality since the origins of both arts, are in modern times more prevalent than ever.

So what does any of this have to do with a working definition of a writer?

Nothing. And everything. We’re numerous now, but still a minority. Can we spot a writer walking down the street? No. A corporate worker, maybe, but a writer? Forget it. Though us creative freaks, regardless of race, culture or skin color, have infiltrated mundane society in greater numbers than ever before, we’re nearly impossible to spot.

Sort of like what went on in those “Invasion of the Body Snatchers” movies, you know.

We are them, and yet we are not. We usurp their lives, and write about their experiences. Sometimes, we write about our own experiences. Regardless, life is for the taking, and everything is fair game, be it the color of one’s fingernails, or the foulness of one’s breath. Height, weight … sex lives.

Penis size. Breast size. Objectification of both men and women.

Writers get away with an awful lot of shit under the guise of both “art” and “free expression.”

Among our job descriptions are to present difficult truths and expose other, hidden truths. We do so in solitary confinement, at one with our minds which can be dangerous based on its state. Sometimes we deliver our themes metaphorically. Sometimes we’re literal as heck.

We explore the human condition and either flinch or move forward.

Some writers require numerous cups of java to remain fueled for the day. Others have depended on darker substances.

Or, a simple workout does the trick.

We are to be trusted, but we’ll write about you if you piss us off. We want respect. We want to succeed and touch you and build our audience.

Many of us have a need to write. It’s like air. We didn’t choose the literary life. We were born with the gene. We are neurotic, cocky, insecure and arrogant. Just like the mundanes. We devise worlds that resonate with our fellow carbon-based life forms, and sometimes even convince them that a part of their humanity must have experienced our worlds before. Maybe in another life, or something. Or maybe we touched upon something that’s in their DNA.

Some of us aren’t so deep. Some of us just like to sit at a keyboard and splooge.

In the end, it all circles back to Hemingway. Like he said, writers bleed. We uncontrollably gush on occasion too.

All of which is to say … I still have no clue who or what the hell we are. But I wouldn’t change a damn thing.

The following Henry James’ quote is my favorite of all when it comes to a personally resonant view of those who juggle words for their passion, or their living. Or both.

It’s about madness, you see. 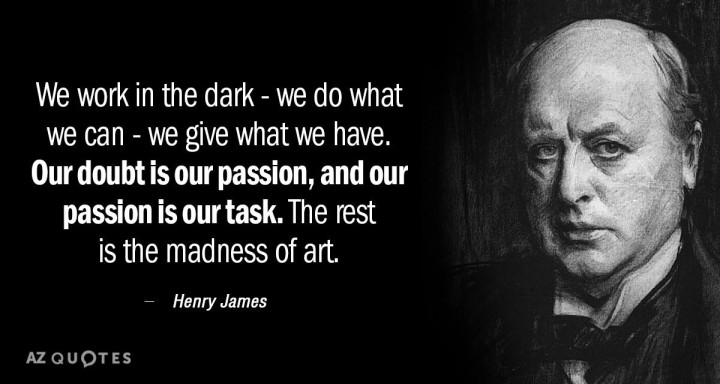 That’s workable, isn’t it? A writer is one who toils in the madness of art … by writing down stuff.

I’m running with that.

Thank you, as ever, for reading.

If you have enjoyed this article, feel free to recommend, share and follow me here on Vocal, where I publish new stories daily on a variety of topics.

If you would like links to new stories sent directly to your inbox, please email me at [email protected]

Joel is a writer-producer, and partner in TV development group Council Tree Productions. He has developed projects for Ovation TV, TNT, Decades TV and FOX Studios, among others.

See all posts by Joel Eisenberg →