by Jackson Ford 13 days ago in feature
Report Story

Late-stage capitalism is the WORST. 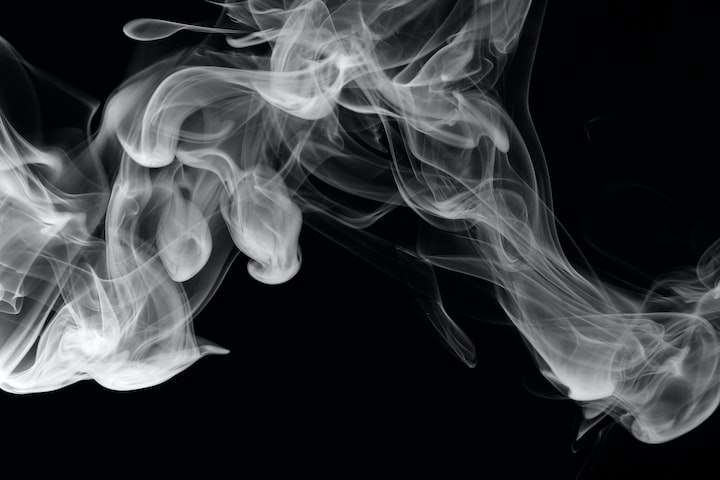 Photo by Pascal Meier on Unsplash

I don't typically make a habit of dragging my wife Nicole into these posts. She doesn't exist merely to be a subject of my weird little stories and anecdotes.

But occasionally, she says something so damn smart that it gives me pause. She's generally quite a smart person anyway, so these utterances aren't huge surprises, but this one was particularly apt.

The weather where we live, in Vancouver, BC, has been absolutely hideous lately. For once, it has nothing to do with rain. It has to do with smoke. Not only do we have huge wildfires in our own province, we have them in Washington State to the south. And then, over the weekend, a wood recycling facility in the city caught fire. Because of course it fucking did.

That's three sources of smoke, for those keeping score. This past Sunday, Vancouver had the worst air quality in the world. Worse than Dubai. Worse than Tashkent in Uzbekistan. Worse than Delhi.

You couldn't be outside for more than five minutes without getting a scratchy throat and raw eyes. The mainland, across the bay from my neighbourhood in North Vancouver, was utterly invisible. The sun was a pale yellow dot.

The official recommendation was: stay indoors. Health conditions be damned—even if you're not sensitive, stay indoors.

For about eight years, Nicole and I have been putting off buying air purifiers because...I mean, come on. But not this year. On Sunday morning, we headed off to our local big box hardware store, because we were sick and tired of hacking up our lungs.

It's a good thing we got there early, and a damn good thing Nicole had done some research. She knew the exact models she wanted, and found them quickly—before the crowds arrived.

There was already one harassed woman in our aisle, and Nicole rapidly became her Air Purifier Concierge, talking her through the mysteries of HEPA filters and square footage and replacement parts with the kind of skill and competence that makes me wonder why on Earth she chose to marry me. I can only guess that she saw it as a project.

We got in, we got out, we went home. We unpacked our new gizmos—one, the larger model, had a fabulous light-up rear display—and sat for a while, enjoying our rapidly purifying living room environment. And then Nicole turned to me and said:

And of course, we were in a fortunate position of actually being able to spend that money, and enjoy clean air, in a house you mostly pay for when you buy my books (thank you for that, by the way). My air was clean, but I don't mind saying that I felt a little grubby that day.

I try not to get too down in these posts, I really do. But folks: this is late-stage capitalism.

I disdain conspiracies—especially those about secretive groups who run the world. Conspiracies are tough to keep secret, and it gets exponentially tougher the more people you're trying to con.

There's no conspiracy with late-stage capitalism. There's no shadowy cabal pulling the strings. There's just a large number of corporations, all attempting to maximise their profit, in various ways, all at once, and all of them utterly ignoring what it's doing to our planet.

The result here is inevitable. It's as if you took the handbrake off a car, and watched it roll down a hill towards a busy intersection. You have no idea exactly what'll happen, but damage and loss of life is guaranteed.

It's not that corporations will commoditise air. I think even the hardiest lobbyist would have trouble getting that one past a government.

But if you don't think the good folks at your local air purifier manufacturer aren't rubbing their hands together in barely-suppressed glee whenever a wildfire springs up, you need your head examined.

If you don't think there's a startup, right now, working on personal air filters for outdoor use...

If you truly believe that any corporation on the planet will ever lift a single finger to improve the environment, then I have news for you: you are wrong.

As I said: I try not to get too down in these posts. But you're fucking up my planet, and sometimes I am too dumb to notice that I'm helping you, and that pisses me off. Sorry.

More stories from Jackson Ford and writers in Journal and other communities.