Ways in Which Freelancing is More Difficult Than a Traditional Job

by Michael Brockbank 7 months ago in career
Report Story

Working from home isn't always sunshine and rainbows and can be more than you bargained for. 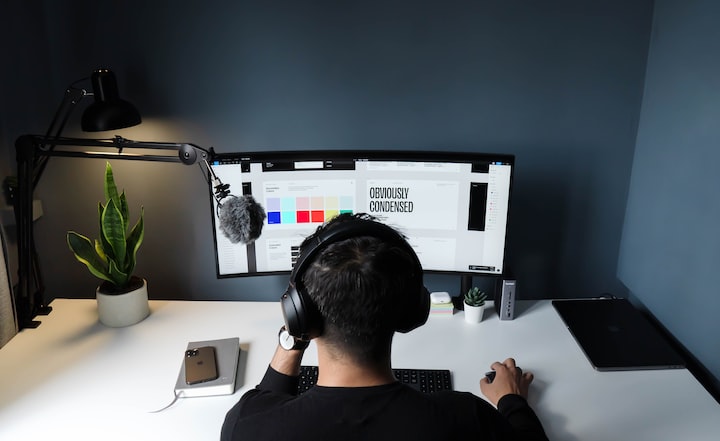 Photo by Faizur Rehman on Unsplash

I've been a full-time freelancer since February of 2013. And over the years, I've come to the realization that being a freelance writer working from home is quite a bit more difficult than having a traditional 9-to-5 job. In order to succeed, it takes a special kind of mindset as you are responsible for a lot more than what you might realize.

Perhaps the most difficult aspect for many who first dip their toes in the world of freelancing is being motivated. There is far more emphasis on being a self-starter than you would experience at a traditional job.

Sure, your boss wants to see some gusto and be productive. But when you're working from home, it's far more of an important facet of success. Because if you're not a self-starter or motivated to work on any given day, the chances of you receiving income are slim to none.

You can still go to a traditional job with a bad case of the "I don't wannas" and still pull a paycheck. If you don't feel motivated to write for a client, there is no money coming in.

Most freelance writers are paid per word or paid per project. Hourly rates are not very common. So, if you don't feel like working, don't expect a windfall of cash at the end of the week.

As a freelancer, I highly doubt you have an HR department to manage your finances. And I'm not just talking about your paycheck or direct deposits from a client. When you work from home for yourself, you are responsible for a slew of financial elements.

For example, you'll need a plan for:

And these are just the things I can think of off the top of my head. Insurance and taxes are perhaps the most important. It's really easy to spend the money when it comes in from a client without saving up for these two necessities.

Usually, I'll try to set aside a certain percentage of everything that comes in for the things I mentioned above. But sometimes, an expense will come up that requires payment.

You need to have a solid plan for finances when working from home.

When at a traditional job, you're paid the same hourly wage whether you're taking a break to go to the restroom or standing around chatting at the water cooler. There's income coming in regardless of what you do throughout the day at your job. Well, as long as you demonstrate some form of productivity to keep yourself from getting fired.

For a freelancer, every second counts.

If I stand up and go to the bathroom, I'm obviously not writing. This means for those moments I am not working, I'm technically not getting paid. In turn, this makes time far more valuable to someone who works from home.

The tradeoff, though, is that many of us make a hell of a lot more money working from home when it's averaged per hour. So, it's often worth the effort if you can maintain a good flow of client work every day.

But the fact remains that for most of us freelancers, time is incredibly more valuable.

Most of the traditional jobs I've worked at least offered a cost-of-living increase every year. Then, they have a plan for considering raises and bonuses. Not all jobs do, but I don't think I've ever worked at a place that didn't.

As a freelancer, you have to negotiate for higher pay. This often means re-evaluating your contract. That's even if the contract has room for negotiation. You might inadvertently get yourself locked into a specific pay for several years at a time.

Always read through your contracts!

The point is that we often don't have cost-of-living increases or set raises throughout the year. Instead, we have to rely on negotiating tactics to fight for every dime we can get. Most of us don't have access to unions that will do the fighting on our behalf.

So, if you're timid about such things, you're actually doing yourself a disservice. All freelancers need to understand their value and what they can bring to the client. Sometimes this means turning down a contract in lieu of a better opportunity.

Being Devoid of Social Activity-ish

When working from home, you're less likely to be involved in social interaction. That's perhaps one of the biggest things I miss since I started writing full-time. I have no one here to talk to other than my cats.

You can only do so much through apps like Slack or Discord. Social media doesn't really fulfill a lot of the human connections we wish to establish. And keep in mind that this is coming from someone who has lived as a hermit most of his life.

True, you can get out and mingle a bit as a freelancer. Now that you work from home, you have the freedom to go where you want, when you want, right? But are you forgetting the value of your time?

As I said, most of us are per-project or per-word freelancers. This means that going out and mingling could be costing us quite a bit of money coming in. So, we need to come up with a good balance of social activity and working for clientele.

Quite Easy to Burnout

A lot of us believe that hustle culture is how freelancers make the majority of their money. However, it can also lead to burnout much quicker than a traditional job. Of course, this also depends on how hard you push yourself to get as much as you can in the time you have allotted.

One of the biggest problems with 'hustling hard' is that too many people focus so intently on their careers that they neglect other aspects of their lives. Good friends, family, and life experiences take a backseat to make that bag-o-cash at the end of the day.

Without those things to keep you grounded, though, life gets more unfulfilling and you wind up dreading the very thing you enjoyed doing.

Because of the nature of the Internet, you can find clients all over the world. This means you can keep yourself quite busy, non-stop, making hand-over-fistfuls of money. But is it worth the income in the long run if you're purposely pushing yourself to be miserable?

Ask any major, full-time YouTuber how often they felt like burning out.

Freelancing Can Be Great, But...

There are many aspects to working from home you need to consider. While many experts make it seem like it's always full of sunny days and flowers, the truth can be far more sinister if you're not paying attention.

Don't get me wrong, I love being a freelance writer. But it has come at a great cost over the years.

Be mindful when stepping into the reality of working from home. It's not always going to be the glitz and glamour some people try to push.

More stories from Michael Brockbank and writers in Journal and other communities.