The writer in me

by T. K. Wilson 5 months ago in art
Report Story 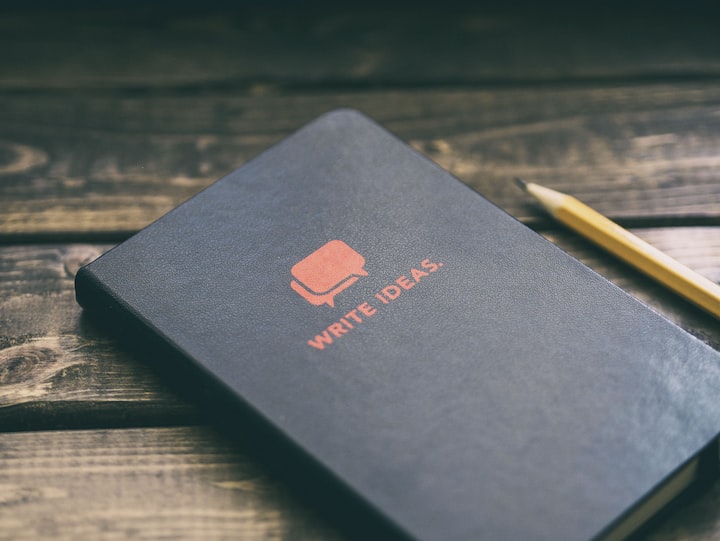 This is the very first thing I ever actually wrote and "published" https://vocal.media/fiction/sweetest-love-eyl8os00sr and that was only a couple months ago. I wrote it as a fluke really, but loved the process of thinking it up and putting it down in the computer. Sure, I wrote poems when I was a teenager and they were full of teenage angst and morbid thoughts. Maybe I will find them one day and put them here too....maybe not.

I have NEVER been one to write in a diary or journal. Mainly, because I never wanted anyone to know the thoughts in my head, for fear that they might not "like" me, if they knew. I have had a fear of rejection for as long as I can remember. Partially from my borderline personality disorder that I recently realized I DO have. I had read it in a doctor's chart at some point and always thought there was NO way I had that! The only place I ever heard about it was on Criminal Minds or something along those lines. And when I looked it up on google, it scared me! Maybe I was looking in the wrong places. When I came to vocal.media and began to read people's things so they would read mine, I was lead to the exact right place! Everything the writer said was everything I had ever felt! AND partially from many experiences in my life when very important people in my life abandoned me, which felt like rejection at the time. When I look back on those times, I see completely different circumstances and that they were not personal nor controllable.

I see so many writers that say they were born to write. Apparently, I was, but it took me 57 years to release it or explore it! I have always told people that I was an editor at heart, because I have always loved grammar and the written word. I have also told stories (sometimes way too loudly) but most people seemed to enjoy them. I always thought I was supposed to be an English teacher, so I went a few different routes to make that happen. Obstacles were thrown in my way. I understand now why, but it sure would have been nice had I figured it out earlier. :-)

My problem now is, that I still haven't mustered up the confidence to put myself out here and put the work in. I've tried so many things in my life to find purpose in it, that now I'm just tired. :-( I try to get on the site and write something every day. I even joined HitRecord to get writing prompts years ago, but only just recently started using it and began making contributions. Check it out!!! It is a really cool place started by Joseph Gordon-Levitt and he is an awesome inspiration for any kind of artist. I actually contributed a couple things back when I joined it. Looking back at them, I'm surprised that I wrote them , but it had to be a prompt that meant something that steered me along.

I am so glad that I finally found my path and I hope that I can make up for lost time quickly. I'm doing my best, so far! I know I love reading all the other writer's stories. I respect the feedback I've gotten from SO many people, especially the ones that say, "How did I not know you could write like that?" I have to be honest, "I didn't know it either!"

I've always told my true event stories to friends, but decided to try my hand at writing fiction. Wish me luck and give me any support that you think I might deserve! Even if it is a read and subscribe to read more... THANK YOU :-)

More stories from T. K. Wilson and writers in Journal and other communities.