The Violet Project Diaries - Entry 5 - Studying Karma as a Writer 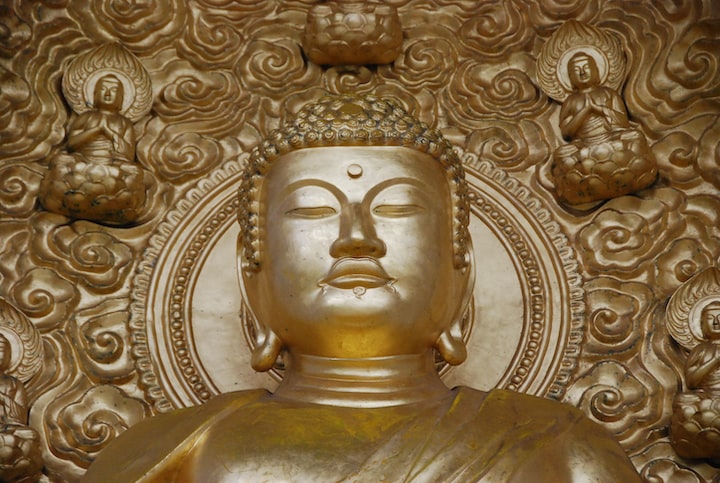 Photo by dorota dylka on Unsplash

Warm Up: I started with blogging about karmic patterns and then moved on to reading about karma itself just to make sure I really understood what it generally meant. This quote from Brittanica caught my eye:

“In contrast, the classical traditions of India—Hinduism, Buddhism, and Jainism, much like the Vedic sacrificial theology that preceded them—view karma as operating according to an autonomous causal law.”

I think an “autonomous causal law” leaves the responsibility of one’s moral actions and its result solely on the person knowing their actions can affect many. I think that’s why so many of us play it safe. According to Sadhguru, an Indian yogi and author, our memories from action can cocoon us in the past, so we’ll most likely make that our comfort zone. Karmic patterns or traps occur when we don’t expand upon our perception of our own memories and actions. It becomes a self-imposed prison.

As a writer, thinking about karma keeps me mindful of how audiences processes information. One thing leads to another. A ripple effect, right? But it’s not just about action and result or action and reaction, it’s the tension between those two things that makes karma such a universal concept because we’re all sentient enough to think about the “what if”, or the unknown/hypothetical situation caused by an action. For many of us, that’s our self-imposed prison taking form.

How many times have I created something then stopped, created something then kept it hidden, or created something and devalued it due to my cynicism and pessimism? I need to take a note from my article “A Writer’s Vulenrability”: “…I echo to my fellow writers, trust in the flow of your authenticity and be vulnerable rather than forceful.” Even though there’s the karmic “you reap what you sow” concept, there’s also the karmic “you can’t control everything” concept. I think that’s what makes writing so tantalizing. It’s a strange, terrifying freedom. It’s what makes some stories extremely juicy and the juiciest component of the story is the plot. Orchestrating a good plot to an audience that understands the basics of karma but has a plethora of perceptions based in philosophy, religion, and personal experiences? I think that's the toughest part, but you just got to try to do it anyway no matter how many “What ifs” run through your head.

I promised myself I would research secret societies for the sake of my novel. The kinds of secret societies that thrive on pulling the strings behind a civilization’s way of life seems arrogant, but they get the functionality of karma. Whether they’re behind every conspiracy in existence of not, the existence of a secret society comes down to the manifestation of likeminded people creating change. That’s karma.

In the last entry, I was getting my character ready for the dive into the “underworld” of her psyche and the setting itself. That’s where her desires/wants are emboldened and for the audience to latch onto that as they follow her journey, I need tension. Earlier I asked how do I orchestrate a good plot to audiences that understands karma generally, but have a plethora of perceptions based in philosophy, religion and personal experience. I think Jane Cleland, the author of Mastering Suspense, Structure, and Plot, just answered that for me: “Readers crave order, not chaos… You must create protagonists that your readers care about, then force those characters to deal with confusion and betrayal.” *chef’s kiss* Splendid.

Audiences are so into seeing karmic justice and groups of characters coming together to ignite a kind of change. It’s the formula we’re all used to, but I don't think it's necessary to get stuck on the good/bad dualistic thought, but rather keep in mind that audiences attach to whoever they perceive as “good”. Those characters become the audience’s darlings. So if readers are going to root for their darlings, they need to be in a situation that is alternate to what the audiences want. If readers crave order, then bring on the chaos. Combine this with karma, you get tension, expectation, and immersion. The “what if” circles the audience's minds; they try to figure out this alternate reality created by an alternate action. If the audience feels like they’re free falling in moments of disorder that challenge their views while clinging to the familiarity of the characters, the plot is flowing well.

I think the reason why it’s been so difficult for me to edit the scene I’m on right now is because I’m waltzing with the “what ifs” and not trusting myself to handle the plot’s flow going forward. If I play it safe, audiences will know. The cliches will pop up. I don’t want that. As a writer, I want to be adamant about my cause for chaos. I bet the more seasoned writers are probably the ones surfing the chaos like it’s another Tuesday, challenging the “what ifs” with thousands of other “what ifs” giving everything purpose or no purpose at all. #writergoals

Sheesh…I made this way too complicated today! Haha. Welcome to my workflow.